Complete Disaster: Yao Ming Has Ruined A Jewish Wedding By Accidentally Hoisting The Married Couple Through A Ceiling During The Hora 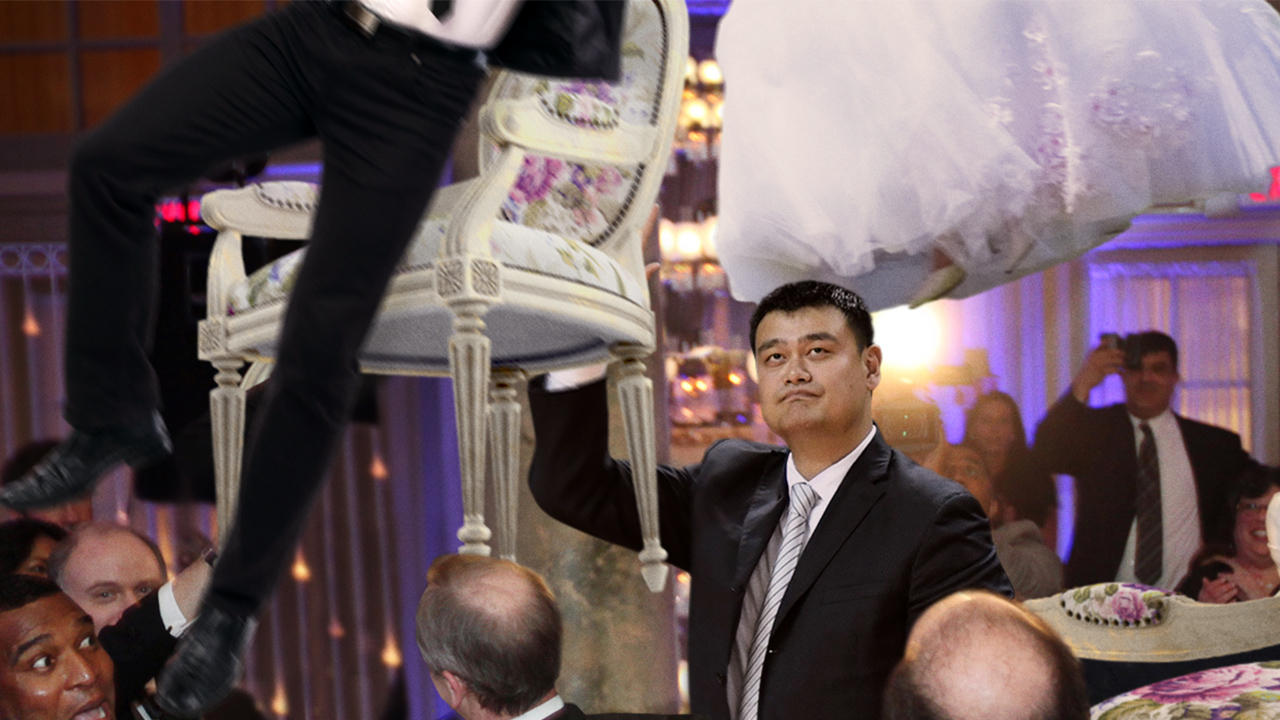 What was supposed to be a beautiful occasion came to an unfortunate end last weekend, as NBA legend Yao Ming ruined a Jewish wedding by accidentally hoisting the married couple through the ceiling during the Hora.

Oof. That is the absolute last thing you want to happen on such a special day.

According to witnesses, the day of celebration quickly turned to chaos when wedding guests and the 7-feet, 6-inch former Houston Rockets center Yao Ming decided to participate in the traditional chair dance known as the Hora, and failing to take into account his staggering height, unintentionally thrust the groom upwards through the sheetrock ceiling of the wedding venue. Amid terrified screams from the assembled crowd, a mortified Yao, trying to make up for the blunder, then lifted the bride up and also slammed her upwards through the ceiling—a well-intentioned yet misguided gesture that only made things worse.

With both newlyweds embedded in the ceiling, bedlam ensued as people rushed about trying to find a ladder tall enough to reach the couple’s dangling legs, which were kicking back and forth from over 12 feet above the dance floor. Yao then attempted to pull the panicked couple down himself, but the mother of the bride reportedly yelled at the giant basketball player to stop before he could get them down, saying he had done enough damage already. It was at this point that the distraught Yao sat down on the floor and loudly sobbed into his hands. Not sure what else to do, he then walked back over to the newlyweds, patted their feet, and shouted, “Mazel tov!” in their general direction before awkwardly backing away and exiting the wedding for good.

Yikes, what a fiasco.

In the days since the wedding, sources say that Yao has been inconsolable, leaving the married couple countless voicemails apologizing for his over-enthusiastic Hora participation, which left the groom in a neck brace and the bride with respiratory complications from dust inhalation. Whether he’ll ever be forgiven for ruining the wedding is yet to be seen, but you can imagine this whole debacle will make people think twice before inviting Yao to things in the future.