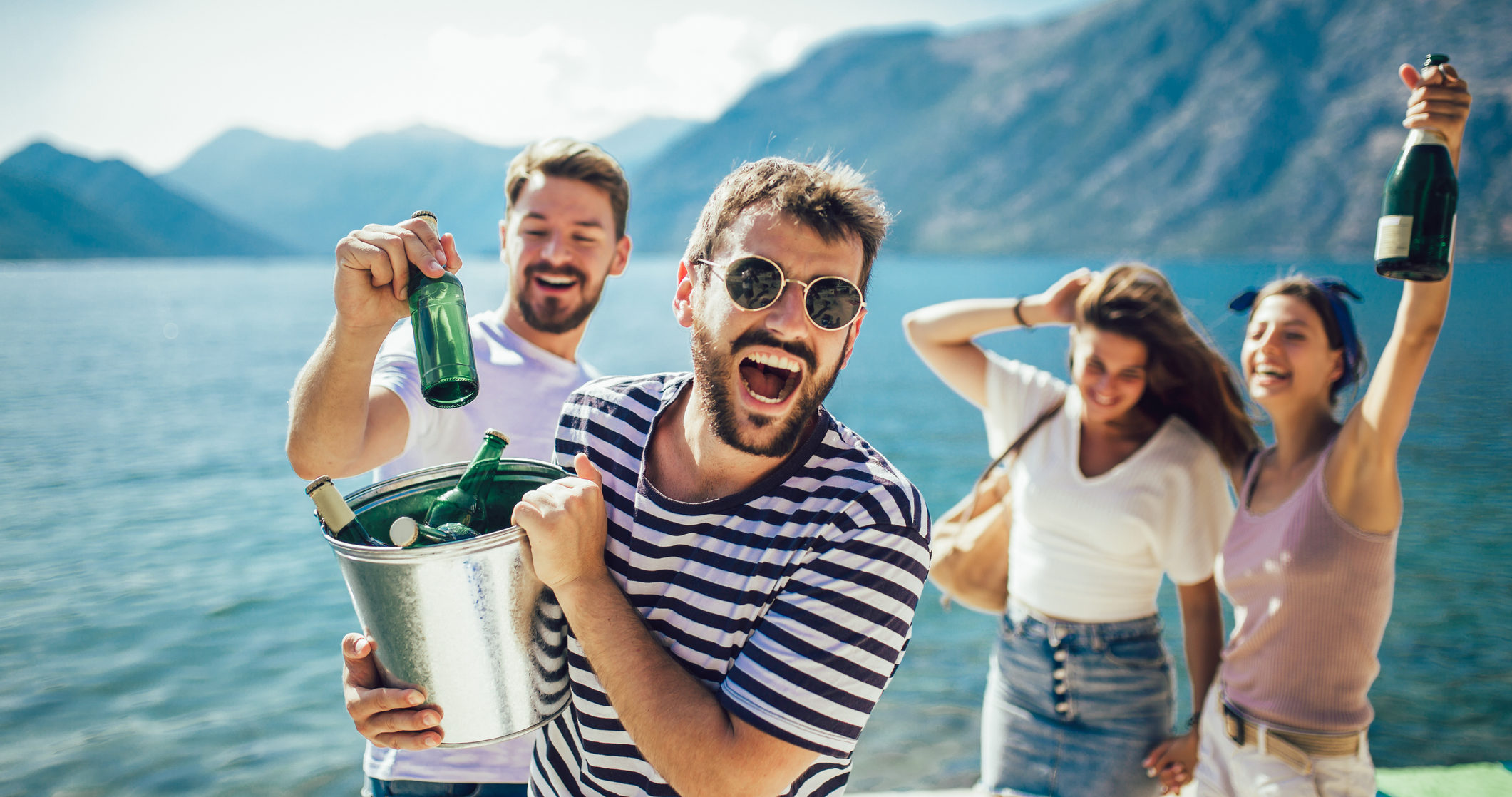 It’s pretty common for advertisements to push the bounds of reality in order to sell a product, but here’s one that’s really taking things too far: this beer commercial makes life look fun.

Um, yeah sorry. We’re going to have to call total bullshit on this one.

The new TV spot for Michelob beer begins with a group of attractive 20-somethings piling into a Jeep and heading to the beach with a case of Michelob beer in tow, apparently loving every minute of the experience despite the fact that in real life, at least half the people involved would most likely be angry, carsick, or somehow miserable due to the generally frustrating nature of being alive. Upon arrival, the group builds a fire out of driftwood and begins dancing and partying the night away, laughing uproariously as if they aren’t at all affected by the unrelenting pain and ennui of human existence. The utterly nonsensical ad then ends with a shot of the grinning friends embracing in the tide, clearly trying to get across the insane notion that life is some sort of fun adventure to be enjoyed rather than an endless slog to be grudgingly endured.

What an absolute crock of shit.

A more honest depiction of what it feels like to be alive and drinking beer with friends would have shown at least one of the partygoers oversharing about their personal problems or maybe running off to puke behind a lifeguard stand, plus others making awkward romantic passes at one another, all resulting in a night of deep regret for everyone involved. The beach would be buggy, the beer would be warm, and the buzz from the alcohol would just feel like the symptoms of a mild cold — but Michelob decided to leave all that out in favor of a totally unfeasible beach party scene that might as well have been lifted right out of a fantasy novel. Sure, Michelob has a product to sell, but grossly distorting the truth to make life appear fun is simply not okay, and we are not here for it.

We’ll always call out advertisers’ bullshit when we see it, and we’re definitely seeing it now. Thousands of people are being misled by this spot into believing that life has the potential to be fun and wondering why theirs isn’t, so it’s time for Michelob to come clean. We won’t be holding our breath, however, because false hope that life can potentially be enjoyable sells beer. Even still, we’ve got our eyes on Michelob, so they’ll be hearing from us if they dare to pull this shit again.