Confused About How You’re Supposed To Feel About ‘American Sniper’? Here Are 20 Thinkpieces That Can Help You Put Things In Perspective 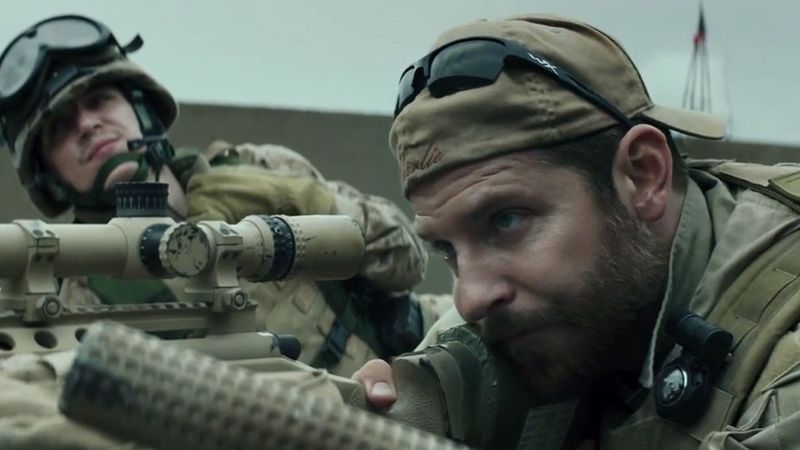 Clint Eastwood’s ‘American Sniper’ is a controversial film, with some critics claiming it glosses over the horrors of war and the justification of invading Iraq. Others say it paints a nuanced portrait of a flawed hero, and illuminates the struggle soldiers go through on the battlefield and at home. If you don’t know what to think, these essays from around the web will tell you exactly how to feel about the movie.

A concise, illuminating review that hits the nail on the head with its thesis that the film is good.

This incisive take moves from dissecting Cooper’s acting to a nail-on-the-head analysis of how American Sniper is very good overall.

If you’re still wondering about the quality of American Sniper, here’s a piece that really hits the nail right on the head.

4. “American Sniper Is The First And Only Movie I’ve Ever Seen And It Blew Me Away” (by Jared Hahn)

Jared Hahn’s fresh take on this film is exciting, as he describes the wondrous feeling of watching moving images coordinated to sound for the first time, as a 39-year-old man.

5. “No Matter What You Think About American Sniper, You Have To Admit That I’m Right” (by John David Reffin)

Reffin cuts through the rhetoric and explains in terms we can all understand that, whether you’re for or against American Sniper, his opinion is the correct one.

6. “Good Men Killing Bad Men For Bad Reasons For A Good Cause: Good Or Bad?” (by Prof. Olivia Mayberry)

This utilitarian argument by a philosophy professor explains that it’s bad when you do bad things, but not if the bad things do more good than the bad they do, unless the good things they do are bad.

7. “Chris Kyle Was A Flawed Man, But Not When It Came To Shooting Good” (by Desmond LaFleur)

Finally, some common ground everyone can agree on. Chris Kyle was extremely competent at doing shooting.

8. “I Think The Guy From American Sniper Was A Hero, But I Understand Why People Are Hesitant To Rename The Country After Him” (by Debra O’Donnell)

9. “If The American Sniper Was Such A Hero, How Come He Never Sniped An Enemy Sniper In The Eyeball Through His Scope?” (by Sgt. Linda Wilson)

A strong take on the film by someone from inside the military.

10. “I Once Met The American Sniper Guy At A Barbecue And He Didn’t Shoot Me So Take That For What It’s Worth” (by Jeff Tuley)

A man who actually met the subject of the film shares his opinion of the controversial figure.

11. “The American Sniping Man Is Truly Tremendous, So Why Weren’t There More?” (by Daniel Harreton)

According to Harreton, Chris Kyle is an incredibly cool sniper and an American hero, so it was a missed opportunity on the part of the filmmakers that there is only one of him in the movie. He proposes that the use of CGI to generate hundreds of identical Chris Kyles, all of whom march around together in a big roving mass, would have drastically improved the film.

12. “The Hero We Deserve: How Watching American Sniper Made Me Change My Adult Son’s Name To Chris Kyle” (by Laura Douglas)

Douglas writes with authoritative clarity in this piece, in which she discusses how the accuracy of Chris Kyle’s sniping encouraged her to legally change the name of her 35-year-old son from Brian Douglas to Chris Kyle.

Two conflicting opinions on American Sniper. Two brothers who hate each other’s guts. This dual read is not to be missed.

14. “Miscarriage Of Justice: Why Adnan Syed Should Be Freed And The American Sniper’s Body Should Be Dug Up And Imprisoned In His Place” (by Linda McCullough)

Truly captivating! In this blog post, McCullough not only examines the similarities between Serial and American Sniper, but also makes a compelling argument for throwing Chris Kyle’s bones in jail.

15. “There Were A Lot Of Similarities Between American Sniper and the Cruis’n World Machine In The Movie Theater’s Arcade” (by Tim Zucker)

The author crafts a compelling metaphor, highlighting the commonalities between Iraq and driving a race car through the Egyptian Pyramids.

16. “The Intended Message Of American Sniper Was That Baseball Caps Can Be Worn Anywhere, Even War” (by Michael York)

York manages to boil American Sniper down to its clear theme: Just because you’re not tailgating with your buds or tossing the pigskin around the backyard doesn’t mean you can’t wear a baseball cap.

17. “A Sniper Killed My Uncle, But My Uncle Slept With The Sniper’s Wife” (by Christian Flannery)

Flannery blasts the glorification of snipers by remembering his adulterous uncle.

Shapiro manages to distill a controversial subject to its essence.

Larson argues that most viewers simply cannot understand thousands of life experiences that come with war.

20. “You’ve Got (No) Mail: A Meditation On The Lack Of Chain Mail Armor In American Sniper” (by Sam Waymire)

Blogger Sam Waymire takes American Sniper to task for refusing to portray Chris Kyle wearing a full medieval suit of knight’s armor as he marches through the deserts of Iraq. The piece is short, sweet, and to the point, and provides valuable clarity on the murky morality of this film.

There you have it! Now, you’ve got exactly what you need to form your own clear opinion about “American Sniper”! Awesome.