Conservation Nightmare: Rhinos Have Become Even More Attractive To Poachers After Evolving Skin Made Of Rare Mint-Condition Baseball Cards 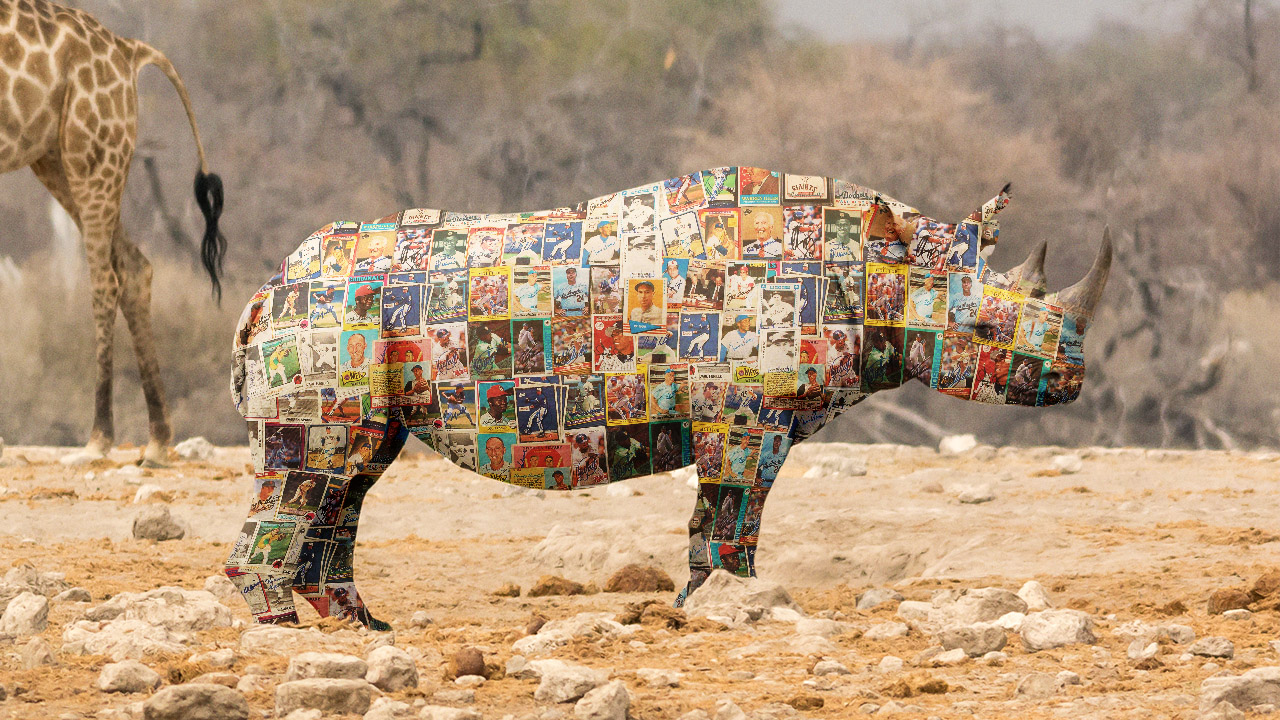 The constant scourge of poaching has driven many rhino species to the brink of extinction, and unfortunately, it now looks like their situation is becoming more dire than ever before: Rhinos have become even more attractive to poachers after evolving skin made of rare, mint-condition baseball cards.

In an alarming new study published earlier this week, evolutionary biologists reported that multiple rhino species have begun to grow thick layers of priceless baseball cards all over their bodies, an evolutionary adaptation meant to protect them from poisonous insects and harsh sub-Saharan sunlight. Donning natural husks of incredibly precious and costly baseball cards, from 1914 Babe Ruths to pristine Mickey Mantle rookies, the hide of a single rhino can now fetch millions of dollars on the black market, making these majestic creatures a highly coveted target to poachers, who now often leave the once-prized horns of their prey intact, knowing that the worth pales in comparison to unblemished Ty Cobb Cracker Jack cards.

“While being blanketed in rare 1905 Honus Wagner cards worth millions of dollars will certainly help rhinos withstand harmful UV radiation and adjust to the harsher climate demands of global warming, these amazing animals are now essentially walking Powerball jackpots,” said Dr. Joyce Cunningham, the lead researcher of the study. “These poor rhinos are just sitting ducks at this point, sadly. They better enjoy the sun relief that the baseball cards give them while they can, because poachers are quickly catching on to the fact that selling just one rhino hide will now bring them unfathomable wealth.”

“Hate to say it, but rhinos are going extinct for sure,” she added. “No question.”

This is absolutely devastating news both for rhinos and anyone who appreciates them. Here’s hoping conservationists are able to come up with some way to protect these beautiful baseball card-covered animals soon, otherwise they don’t stand a chance.