Contributing Nothing To The Discourse: Mom Just Responded To Your Text About Where She’s Been For The Past Month With Three Boat Emojis 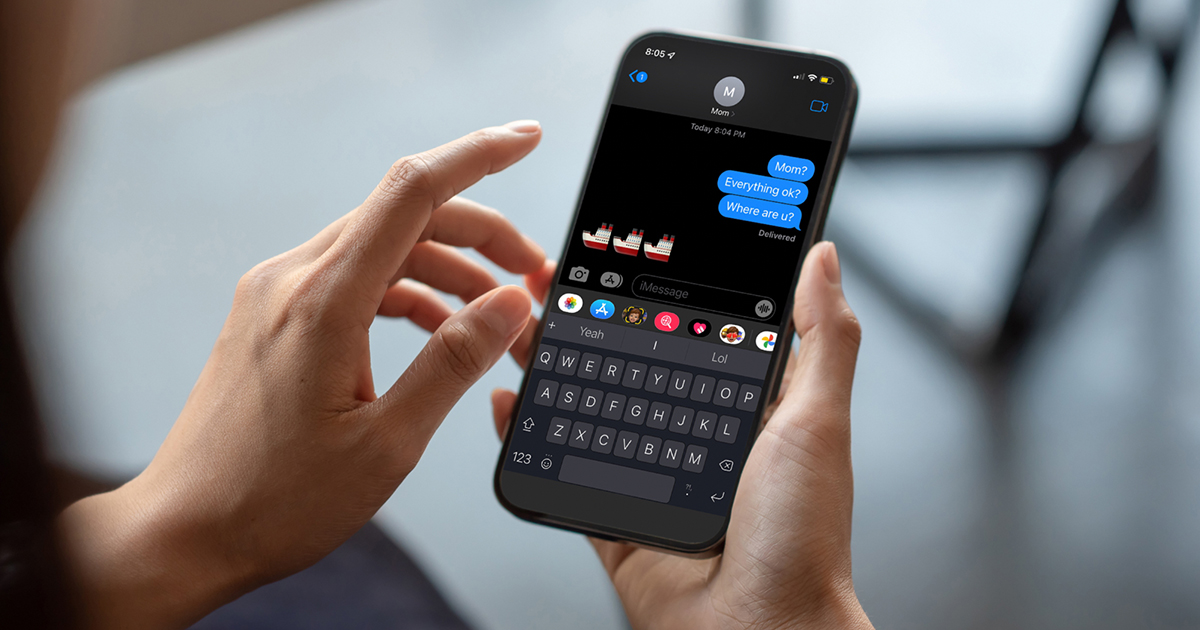 It should be obvious that in order to keep the discourse going, active and thoughtful participation is required from all parties, but for confusing, frustrating reasons, some people feel as though they can just sit back without contributing anything of substance. Case in point: Mom just responded to your text about where she’s been for the past month with three boat emojis.

Seriously, Mom? That’s all you can bring to the discussion? How pedestrian.

Because no one has seen or heard from Mom in several weeks even though we typically hear from her every day, you decided to engage her in what you’d hoped would be a fruitful conversation by texting her to ask where she’d been since you last saw her at her house in February. However, any plans you had for a rigorous debate that would leave you feeling equal parts challenged and inspired immediately went out the window as Mom merely responded with three barge emojis, without so much as an explanation as to whether or not they indicated that she was on a barge, near a barge, or merely thinking about a barge!

The discourse necessitates thought leaders, and if three boat emojis is the best Mom can do— especially in a circumstance in which she should easily be able to produce several intellectually stimulating takes describing where she’s been, who she’s been with, and whether she’s been in danger—then perhaps she is in a state of cognitive decline and belongs in an elderly care facility. As Socrates once said, “There is no greater evil one can suffer than to hate reasonable discourse,” and Mom, with her three boat emojis, has delivered a veritable middle-finger to free discussion.

If Mom would have preferred to sit and watch from the sidelines rather than engage us in a dialogue, then she should have said so and politely withdrawn from the discourse entirely, because as it stands right now the conversation is tragically stuck at an impasse of her creation. We’re hoping Mom delivers a more thoughtful remark expounding upon her whereabouts soon, because if all she has to add to the marketplace of ideas about why nobody has seen her for a full month is three boat emojis, then the future of the discourse looks very bleak indeed.