Cuteness Overload: This Baby And This Jackal Came From The Woods And Are Best Friends 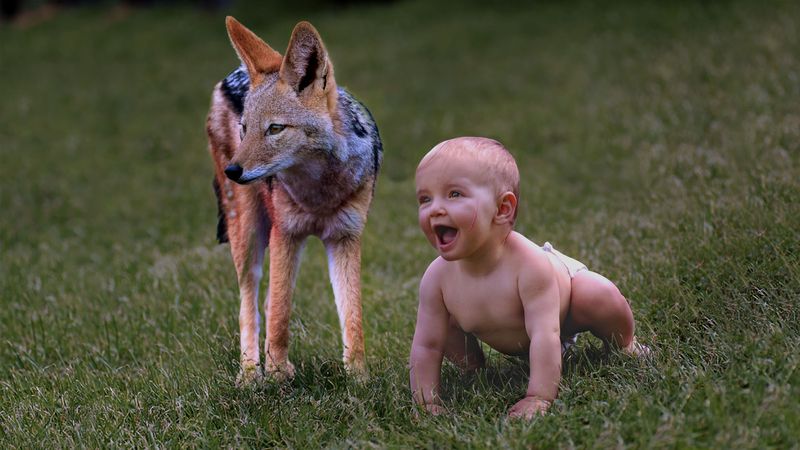 Brace yourself for some serious cuteness.

Ever since this baby and this jackal emerged from the woods last weekend, they’ve taken the world by storm! And while we don’t know much about where they came from, one thing is clear: These two are totally BFFs.

It only takes one look to know that this baby and this jackal were meant to be together. Their friendship is bigger than any one species. The jackal doesn’t see a baby with matted hair and a scar running down his cheek—he just sees a buddy!

The baby and the jackal love spending time together, wrestling with each other, and disappearing into the woods for hours on end. They even have their own language, a piercing series of yelps they use to announce any approaching intruders. Sometimes, late at night, you can see both of their eyes glowing in the dark.

How could it get any cuter? Well, in the afternoons, you can usually see the two of them taking naps together or picking over a deer carcass. Is there room for one more?!?

Watching these two scurry around, naked and covered in mud, it’s clear that this is a bond that will last a lifetime. We’re excited to see what kinds of mischief these two get into in the future!