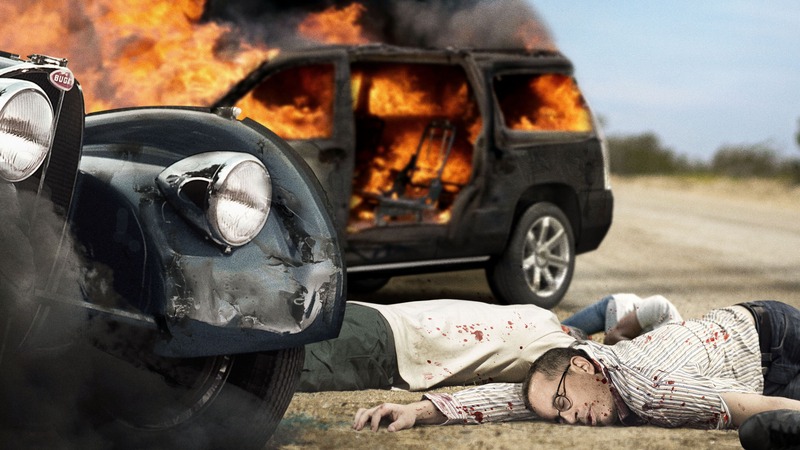 It’s a tragedy when we lose one legendary comedian, but there are simply now words to describe the loss comedy fans are feeling today: Jerry Seinfeld and Kevin Hart, filming an episode of Comedians In Cars Getting Coffee, have fatally crashed into James Corden and Justin Timberlake filming an episode of “Carpool Karaoke.”

This has got to be one of the darkest days in the history of entertainment.

During a shoot for an 11th-season episode of the popular series Comedians In Cars Getting Coffee, Kevin Hart’s hilariously manic description of his first time trying coffee caused Jerry Seinfeld to become so distracted that his 1940 Bugatti Type 57 drifted across a median into an oncoming 2017 Range Rover driven by James Corden, who was belting out a “Carpool Karaoke” version of “SexyBack” with pop megastar and consummate funnyman Justin Timberlake. All four were killed instantly.

From Seinfeld’s wry commentary on everyday life to Corden’s chipper late-night hosting to Hart’s high-energy stand-up specials to Timberlake’s hysterical guest-hosting gigs on SNL, these four titans of comedy will be dearly missed. Making this tragedy even harder to bear, footage from “Carpool Karaoke” reportedly shows that Corden was hitting a really funny high-falsetto note on “SexyBack” while humorously putting his hand to his ear like he was an artist in a recording booth, which sounds like it would have been a really great comedy moment that’s been cruelly robbed from the world.

It’s undecided at this time whether either episode will air.

Tragic. In one swift moment, we lost four incredible icons who have influenced countless people over the course of their careers. Rest easy, boys, and thank you for all the joy you brought to the world.