Did Bill Clinton Cheat On Monica Lewinsky With KILLARY? Yes, And Our GOVERNMENT Doesn’t Want You To Know 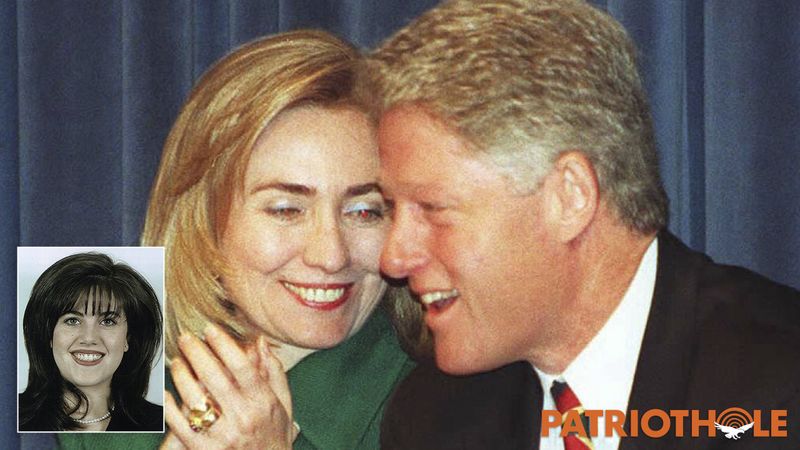 Just when you thought our LYING government couldn’t sink any lower, another SHAMEFUL story like this comes along. You are probably thinking, “Ugh! Let me guess…KILLARY again?” You, patriot, are sadly correct. Bill Clinton repeatedly cheated on Monica Lewinsky with KILLARY, and our GOVERNMENT doesn’t want you to know about it.

Why has our COWARDLY government swept this under the rug? To preserve the honor of the office of the president—which KILLARY has made it her life goal to DESTROY. The government is so afraid of how many Americans would grab their muskets if we found out, that they even covered up Cheating Bill and KILLARY’s illegitimate lovechild, Chelsea Clinton. Hold their pictures side by side, and there can be no doubt that Chelsea is KILLARY’s daughter, not Monica’s.

Disgraceful!!! Monica has to be absolutely devastated by this sickening revelation.

This is truly unbelievable but TYPICAL behavior from KILLARY. We should feel especially lucky to have the greatest POTUS of all time in office—Donald Trump, a loyal and good man who would NEVER risk his relationship with his gorgeous heaven wife, Melania, to sleep with someone else! Once again, thank God KILLARY isn’t the president to use her illegal and disgraceful sexual depravities to further shame our great nation.