Doing His Part: When This Man Found A Severed Leg On The Beach, He Started Using It To Point People In The Direction Of The Public Library 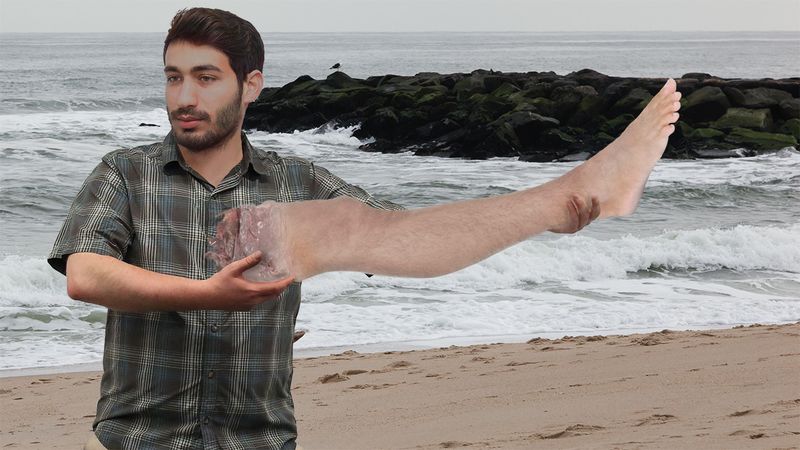 Prepare to be inspired.

Far too often, people neglect how great of a resource our libraries really are. But not Jeffrey King, a 34-year-old man from Charleston, SC, who just did the most amazing thing to promote literacy in his community: When Jeffrey found a severed leg on the beach, he started using it to point people in the direction of the public library.

Jeffrey was enjoying a relaxing day at the beach when he stumbled upon a severed leg that had washed up on shore. Without hesitation, Jeffrey picked up the detached limb by the shin and pointed it straight down Calhoun Street toward where the library is located. It would’ve been easy for Jeffrey to ignore the leg entirely and walk right past it, but instead, he selflessly chose to use his own free time to perform a valuable public service.

All told, Jeffrey spent over eight hours from late morning until sunset wordlessly standing with the disembodied leg cradled in his arms, extending it right in the direction of the Charleston Public Library. And when the sun finally set, Jeffrey stuck the leg in the sand with the toes pointed toward the library so that even though he wouldn’t be there to direct them, future beach-goers would know exactly where to find a good book.

Amazing. We applaud Jeffrey for doing his part to encourage literacy. The people of Charleston are lucky to have him as an awesome reading advocate! Hopefully, more people around the country will follow his lead and do the same.