Dude Calm Down. This Guy Is Screaming While Getting Attacked By A Bear Even Though He’s Seen Like A Million Bears On TV And In Magazines And Stuff 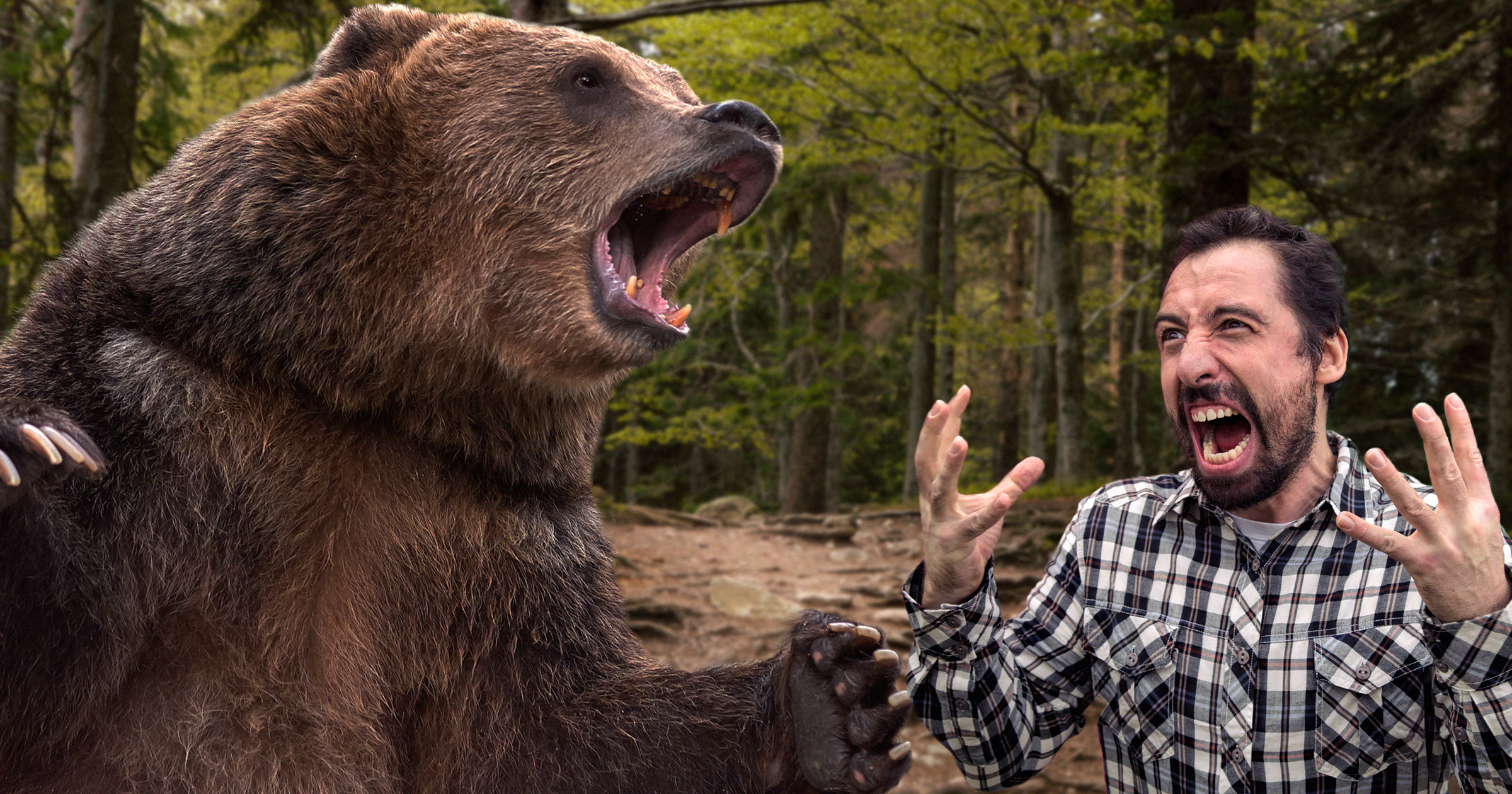 Well, here’s someone who could clearly use some meditation lessons or maybe a Xanax: This guy is screaming while getting attacked by a bear even though he’s seen, like, millions of them on TV and in movies and in magazines and stuff.

Uh, relax, pal. You’ve seen this animal in all sorts of stuff since you were a kid.

When 26-year-old bartender Samuel Koenig headed into the Wyoming wilderness on a remote fly fishing trip, he was well aware of bears based on all of the nature documentaries he’s seen on the Discovery Channel and stuff. Yet he seems awfully surprised to see one clawing its way into his tent at 2 AM and breaking his jaw with a single swipe of its paw, even though it looks exactly the same as all the bears he’s seen in pictures and magazines his entire life. Yep, despite having seen literally thousands of bears on TV, from Yogi to Winnie the Pooh to Fozzie, here he is shrieking like a 15-year-old girl at a Beatles concert just because one of them is biting into his leg with a force of 1,200 PSI.

We get it, seeing something in person is different than seeing it in a book or on TV, but it’s not like Samuel hasn’t seen a bear in the flesh at a zoo or stuffed at Cabela’s or whatever. Maybe having a giraffe or a rhino barge into your tent and immediately start tearing you apart would be reason to get all excited like this, but come on, don’t lose your shit over seeing an animal which is native to North America covered in your blood.

Bud, it’s just a bear, an animal which is very common to see singing in the Jungle Book or whatever. You’re making a spectacle of yourself, and it’s embarrassing.

Thankfully, there’s no one for miles around to hear Samuel’s total freakout about the bear, because he looks pretty silly doing all of this shrieking and wailing right now. Let’s pray he’s able to take a couple of deep breaths and regain his composure here soon, because he should probably start tending to that strand of intestines leaking out of his belly instead of screaming his face off about an animal he’s seen a billion times in movies like The Revenant and whatnot. Some people just have absolutely no chill.