Embarrassing: Disney Has Apologized For Putting A Statue Of Hugo Weaving In Its ‘Avatar’ Theme Park Because It Thought It Remembered Him Being In The Movie 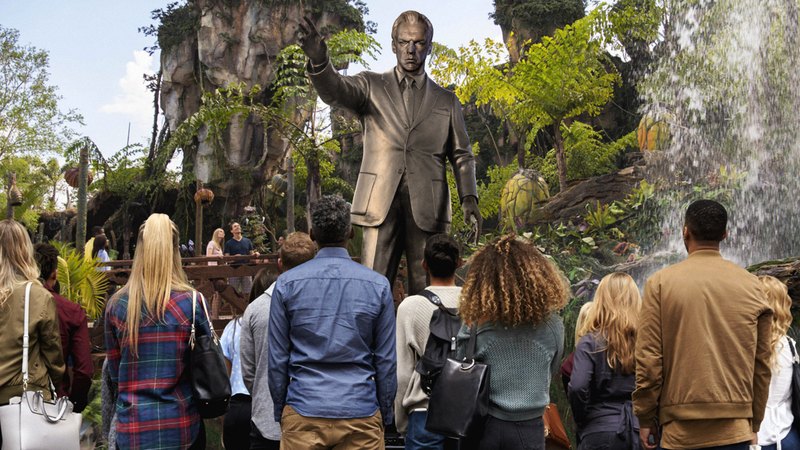 Well, this is embarrassing. Looks like Disney has made an expensive mistake during the launch of its new Avatar theme park, and now it is in full-on damage-control mode. The company just issued an official apology for putting a statue of Hugo Weaving in its Avatar theme park because it had a vague memory of him being in the movie.

Yikes. Looks like Disney’s newest park is off to a rocky start.

Disney first became aware of the mix-up this week after astute fans pointed out that Weaving—whose 15-foot-tall bronze likeness greets visitors near the Avatar park’s entrance—did not actually appear anywhere in the film’s 162 minutes of running time.

“We at Disney apologize to fans of Avatar, as well as Hugo Weaving for this regrettable mistake. But, seriously, we could’ve sworn Hugo Weaving was in that movie,” read an official statement from Disney. “Early on, when we were planning some of the park’s statues, Hugo Weaving’s name came up, and nobody really questioned it. Avatar just seemed like the kind of movie he would be in, you know?”

“But no. We IMDB’d it, and it turns out Hugo Weaving was not in Avatar after all,” Disney’s statement continued. “Wonder who we were thinking of. Giovanni Ribisi maybe?”

The statement went on to describe how Disney had originally commissioned the statue of the Matrix star for the Avatar park because they were all pretty sure they remembered him appearing in the film somewhere, like as the chief or one of the military guys. Or if not that, maybe he was the tree. Like the tree’s voice or something. To its memory, he was definitely involved somehow. Disney officials reiterated that they were sincerely sorry for this major error, but that it was honestly kind of freaking them out to learn that Hugo Weaving was not in Avatar because they really thought they remembered him being in it.

For the moment, park officials are scrambling to make things right. The statue has been removed from its prominent place near the main entrance, and the site will remain empty while they confirm if Giovanni Ribisi was, in fact, who they were thinking of. At this point, they don’t super trust their memory, so they just want to make extra sure.

Wow, it looks like Disney has a real mess on its hands. Hopefully they can get it all sorted out ASAP so Avatar fans can enjoy the awesome park they were promised.