Embarrassing: This Woman Thinks The Chinese Characters She Has Tattooed On Her Back Mean ‘Slut Of All Hamburgers’ But They Actually Mean ‘Quiet Wisdom’ 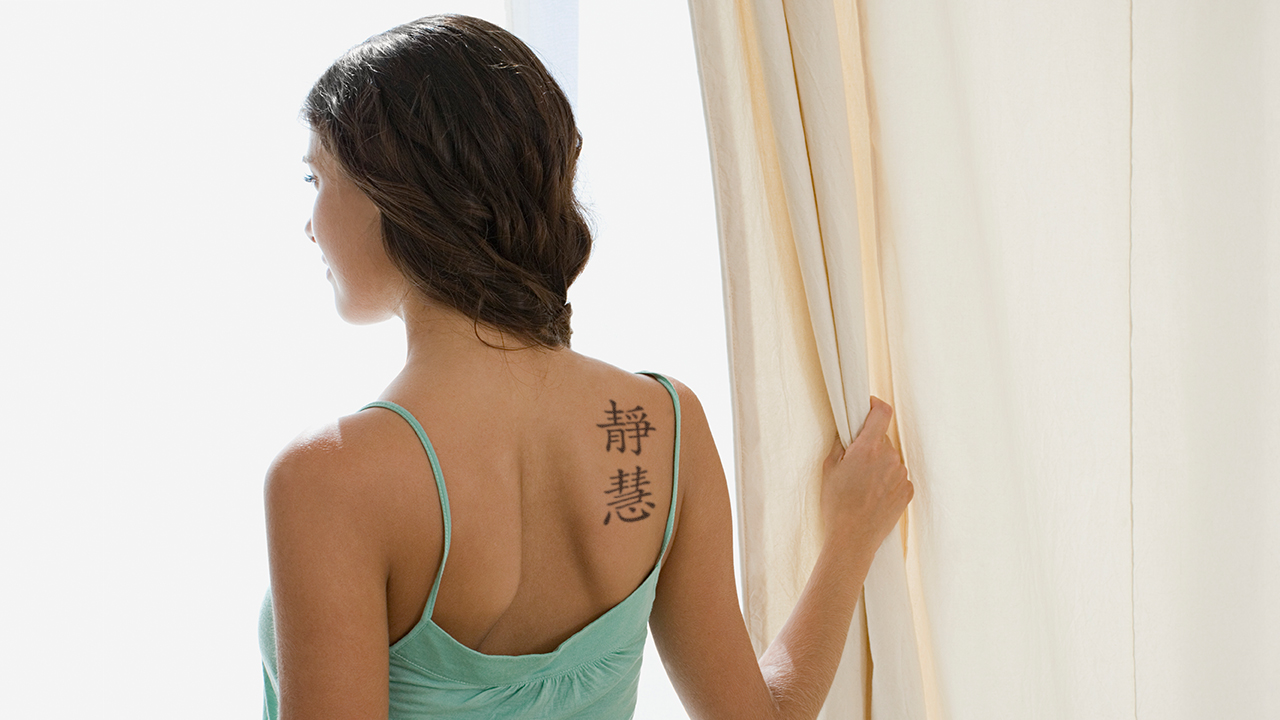 Ugh, it doesn’t get much cringier than this. A woman in Seattle just permanently embarrassed herself when she failed to do her research and got big, bold, black Chinese characters tattooed on her back which she thought meant “slut of all hamburgers” but instead translated to—get this—“quiet wisdom.”

Oof. We’ve got ourselves a candidate for Facepalm Of The Year.

When 23-year-old Justine Wilson settled on the design for her ridiculous new tat, she failed to consult with a single Chinese speaker and instead just ran the phrase through a random online translation service she found on Google, which is incredibly unfortunate, as anyone with a basic familiarity with the language would’ve immediately caught her boneheaded mistake. Instead, she walked around in a tank top for several days flaunting the tattoo under the mistaken belief she was announcing herself as the Slut Of All Hamburgers to the world, only to eventually be alerted to the blunder by a Chinese classmate who delicately informed her that, if anything, she was the Slut Of Terrible Tattoos. Upon learning of her error, it goes without saying that this self-proclaimed hamburger slut was beyond mortified.

While the tattoo itself actually looks quite beautiful, the artistic merits unfortunately will not be enough to keep anyone who reads Chinese from doubling over with laughter when they see it, wondering why on earth someone would deface their body with a phase as asinine as “quiet wisdom.” And as a debt-strapped grad student who has to work three different restaurant jobs just to make ends meet, it’ll be a long time before Justine can afford the expensive (not to mention painful) laser treatments she needs to get the humiliating tattoo removed, and it’ll be even longer before she can drum up the cash to have it redone to read “slut of all hamburgers” as originally intended. Until then, Justine’s just gonna have to cover the tat with a shawl when she’s out in public if she doesn’t want to be mercilessly ridiculed by every single Chinese person who passes her on the street, even though she honestly kind of deserves it.

Poor girl. It’s gonna be a long, long time before she lives this one down.

If you’re ever thinking of getting a foreign phrase tattooed on your skin, just remember the lesson of Miss “Quiet Wisdom” here and be sure to do your homework. Otherwise you just might end up regretting it for the rest of your life.