Environmental Disaster: The Oceans Are Now Irreversibly Polluted With Cell Phones That Businessmen Have Thrown In After Realizing What’s Truly Important Is Family 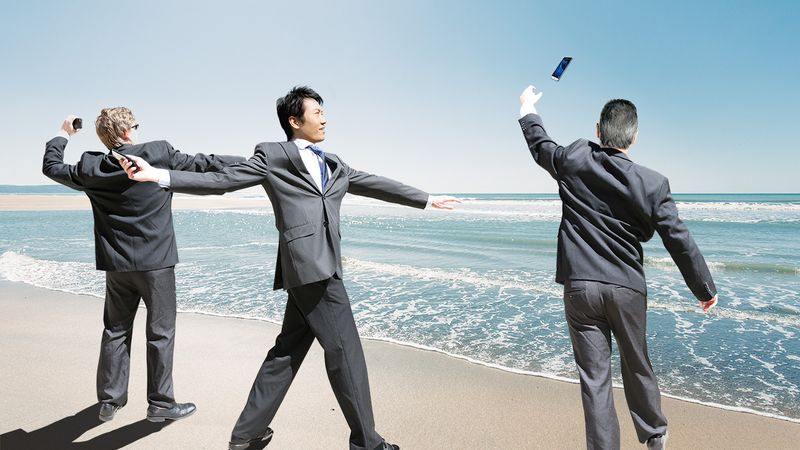 Brace yourself for some disheartening news about the future of our planet.

We’ve long known about the harm humans do to the global ecosystem, but this really puts the scope of the destruction in perspective: A recent study from the Environmental Protection Agency found that the oceans are now irreversibly polluted with cell phones thrown by businessmen after realizing that, in the end, family is what truly matters.

This is an environmental tragedy unfolding on a massive scale.

According to the agency, ocean pollution levels have surged due to the thousands of businessmen each day who, in a moment of clarity, suddenly understand that you only live once and that the precious moments you have with family are more important than those you spend in the boardroom, before tossing their cell phones into the sea and returning home to be with the people they love.

“The staggering worldwide rise in water pollution can be attributed directly to ladder-climbing businessmen realizing that this isn’t who they are and remembering the importance of family, prompting them to discard their non-decomposable plastic phones into highly delicate aquatic ecosystems,” reads the report in part. “When a businessman’s phone rings as he’s building a sandcastle with his young daughter and she innocently asks, “Who’s that?” that phone invariably ends up snapped in half and discarded in the ocean, where it contributes to artificial islands of phones and Bluetooth headsets that are visible from space.”

Yikes. What an utter catastrophe for the world’s oceans.

The EPA has warned businessmen against stopping in their tracks, saying phrases like “How could I be so blind?” and “Who have I become?” and throwing away their phones, though it noted that such behavior has been further compounded by the effects of carbon emissions from fathers who drive a hundred miles to close a crucial sale only to pull a U-turn at the last second and floor it back home just in time for their child’s T-ball game.

Needless to say, our oceans are in dire straits. Here’s hoping the world’s businessmen find it in their hearts to stop tossing their vibrating work phones overboard while teaching their children how to fish and start caring a little more about the only planet we’ve ever called home.