Epic Clapback! Joe Biden Just Tweeted At Trump That His Nickname Should Be ‘Awesome Joe’ Because He Is Awesome 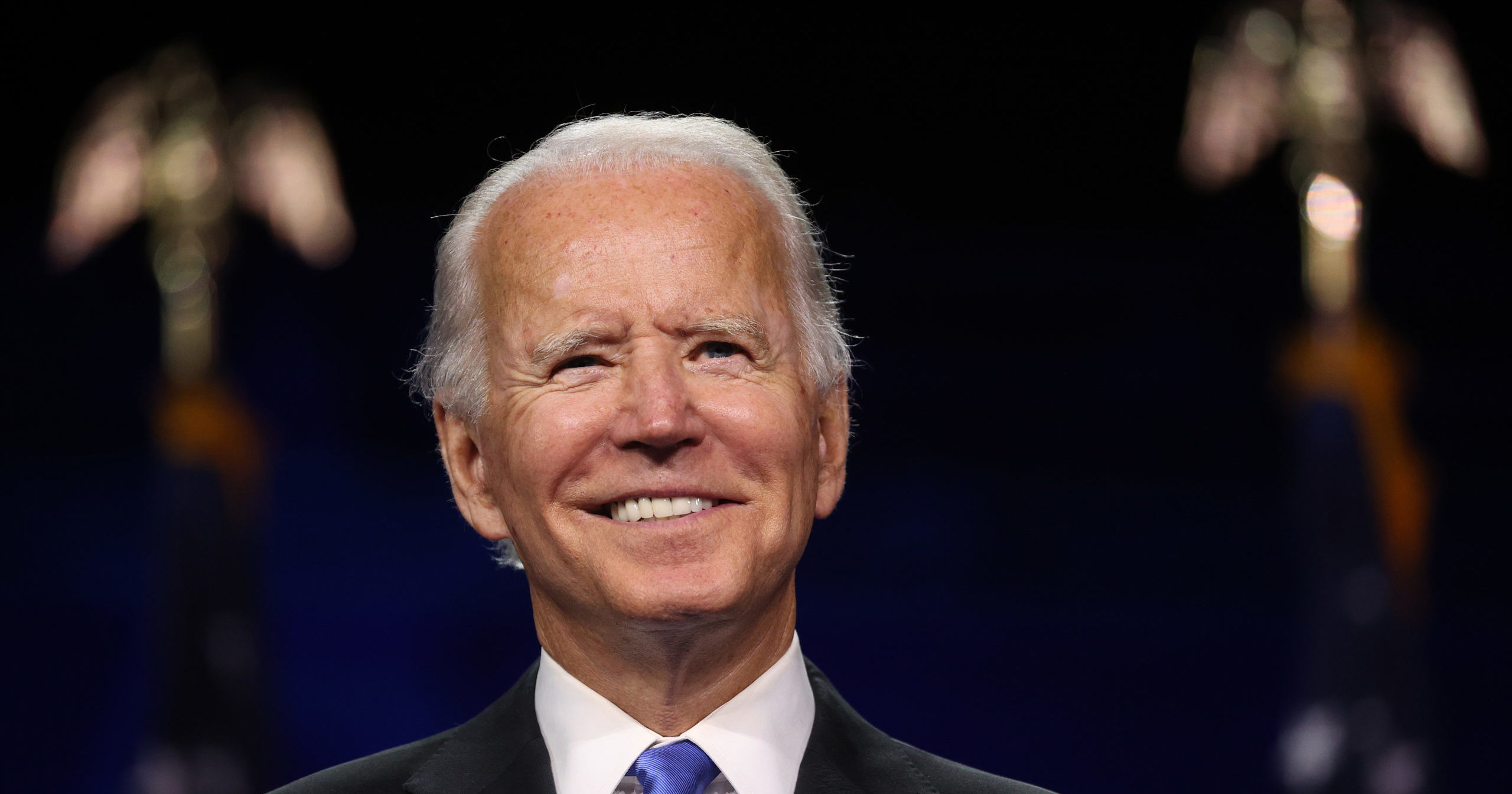 President Donald Trump has proven that he has no shortage of nicknames for his political opponents, but earlier today, the former Vice President showed everyone that he wasn’t just going to sit back and take it. After President Trump called Joe Biden “Sleepy Joe” in a tweet this morning, Joe Biden clapped back and said his nickname should be “Awesome Joe” because he is awesome.

Check out the immediately iconic Twitter exchange between President Trump and the 2020 Democratic nominee below: 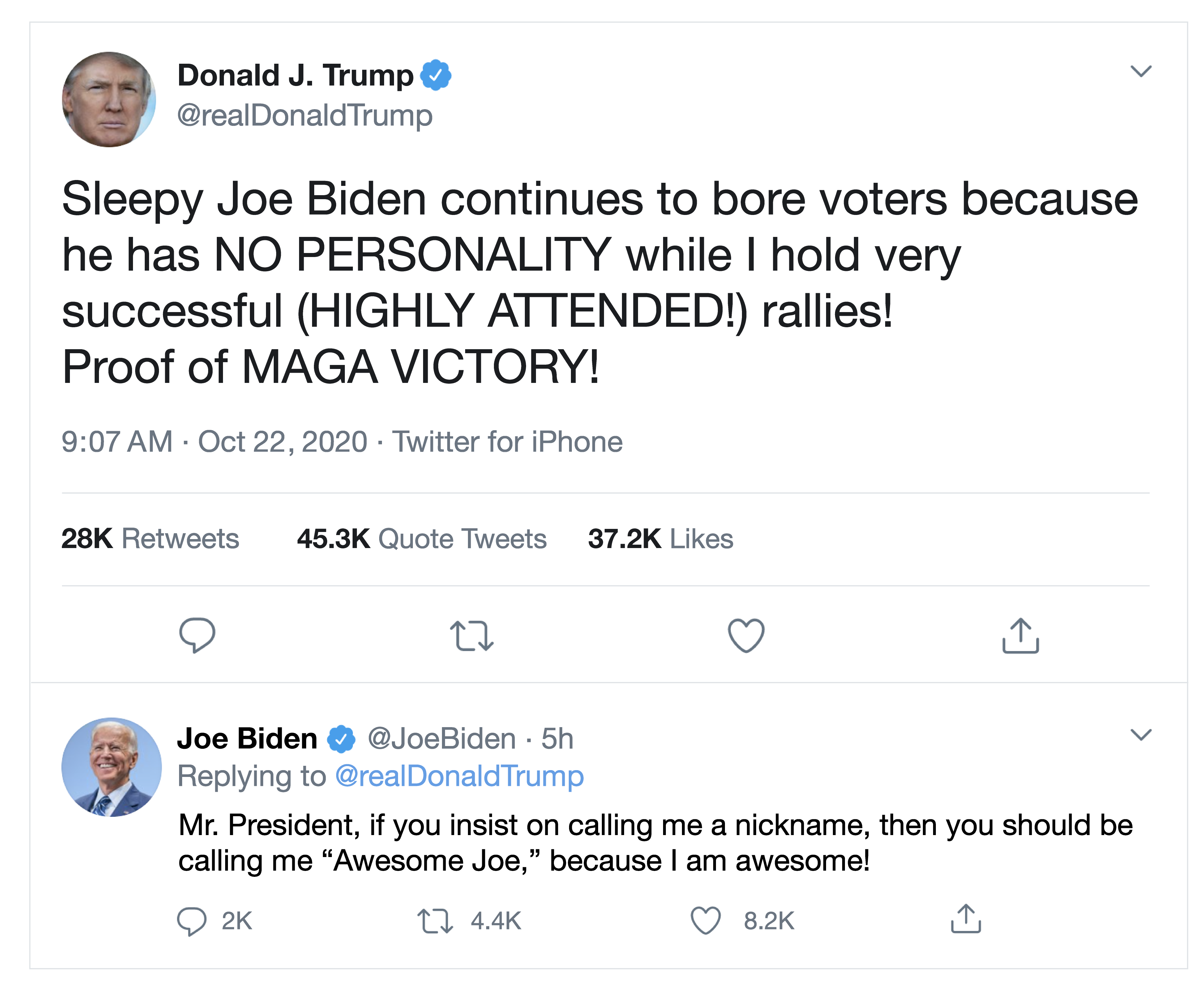 We are on our feet and cheering right now. This is a clapback of seriously epic proportions! This could be the move that seals the 2020 election in Biden’s favor and we are here for it.

But the former Senator wasn’t ready to stop there. Biden’s next incredible move was to post the following tweet where he tried to get a hashtag announcing his new nickname trending: 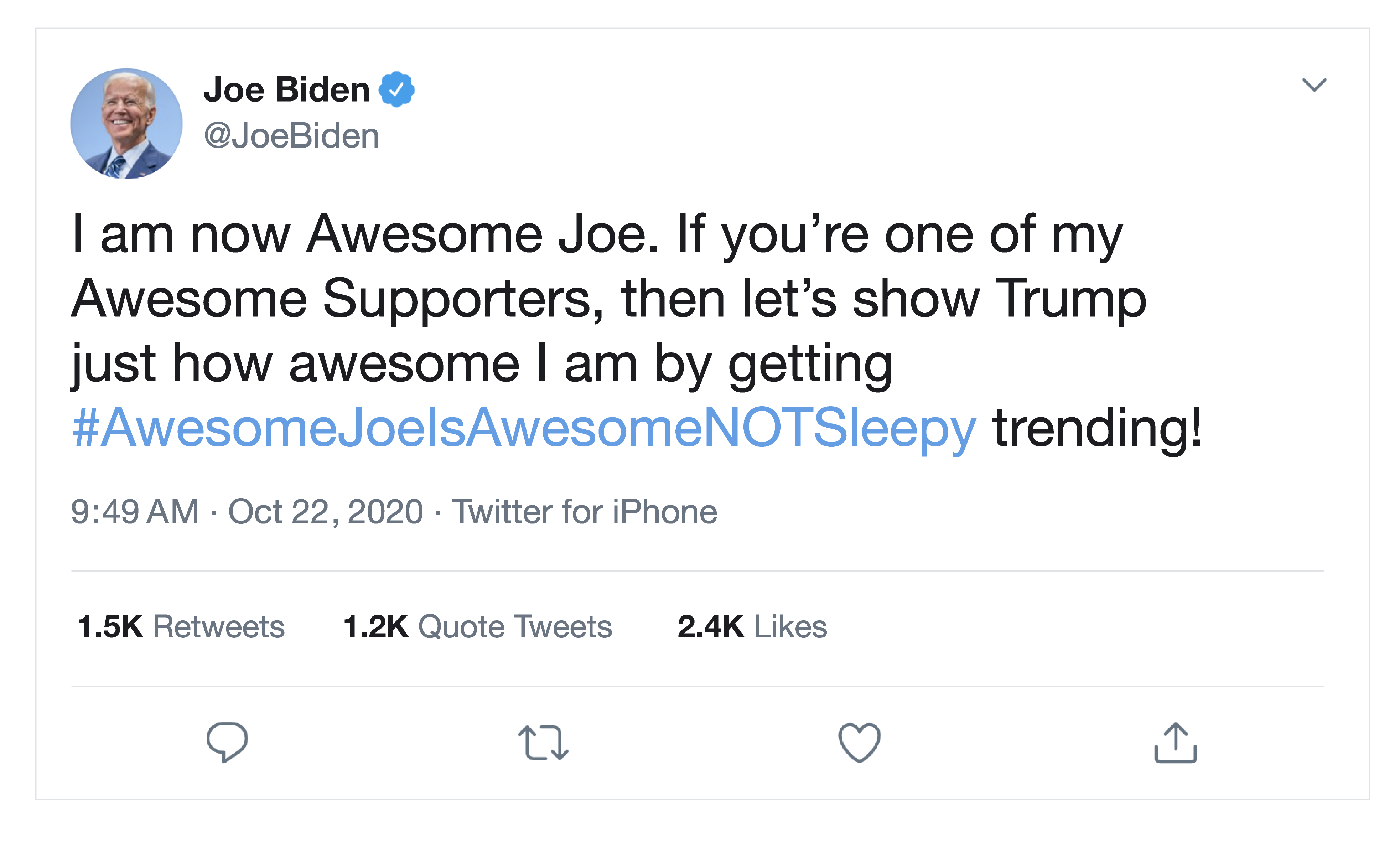 While it’s only been a few hours since Biden first used the hashtag, it’s already inspired several dozen of his supporters to use it, too! 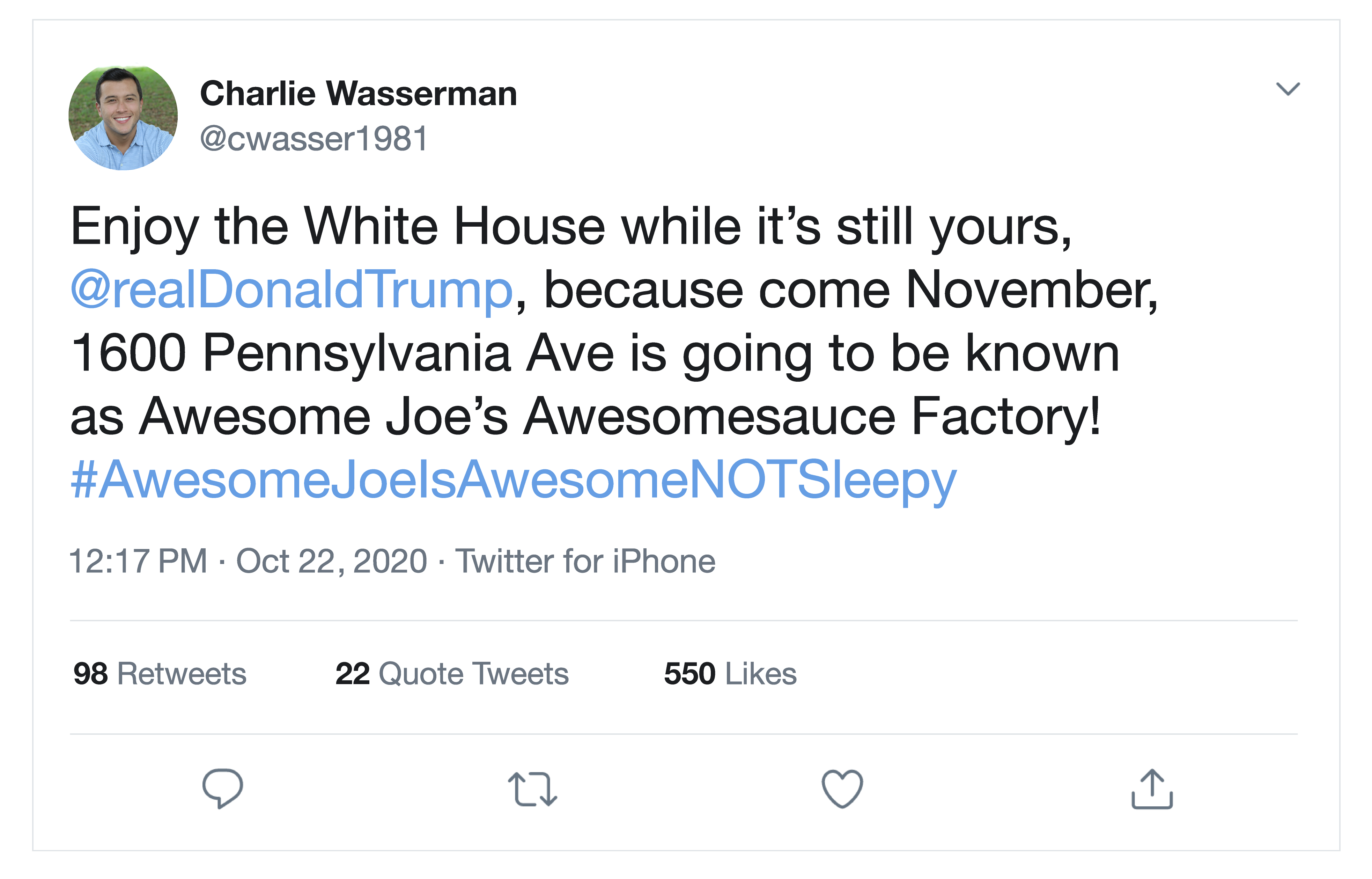 President Trump has yet to respond to this devastating clapback from the Biden campaign, which just goes to show that Awesome Joe (we get chills just saying it!) is not to be messed with. It’s safe to say that when you come for Joe Biden, expect to get hit back!