‘Etienne Is NO MAN’S Fool’: Etienne Is Going Completely Apeshit On This Bakery’s Cashier For Trying To Charge Him $4.50 For A Bear Claw 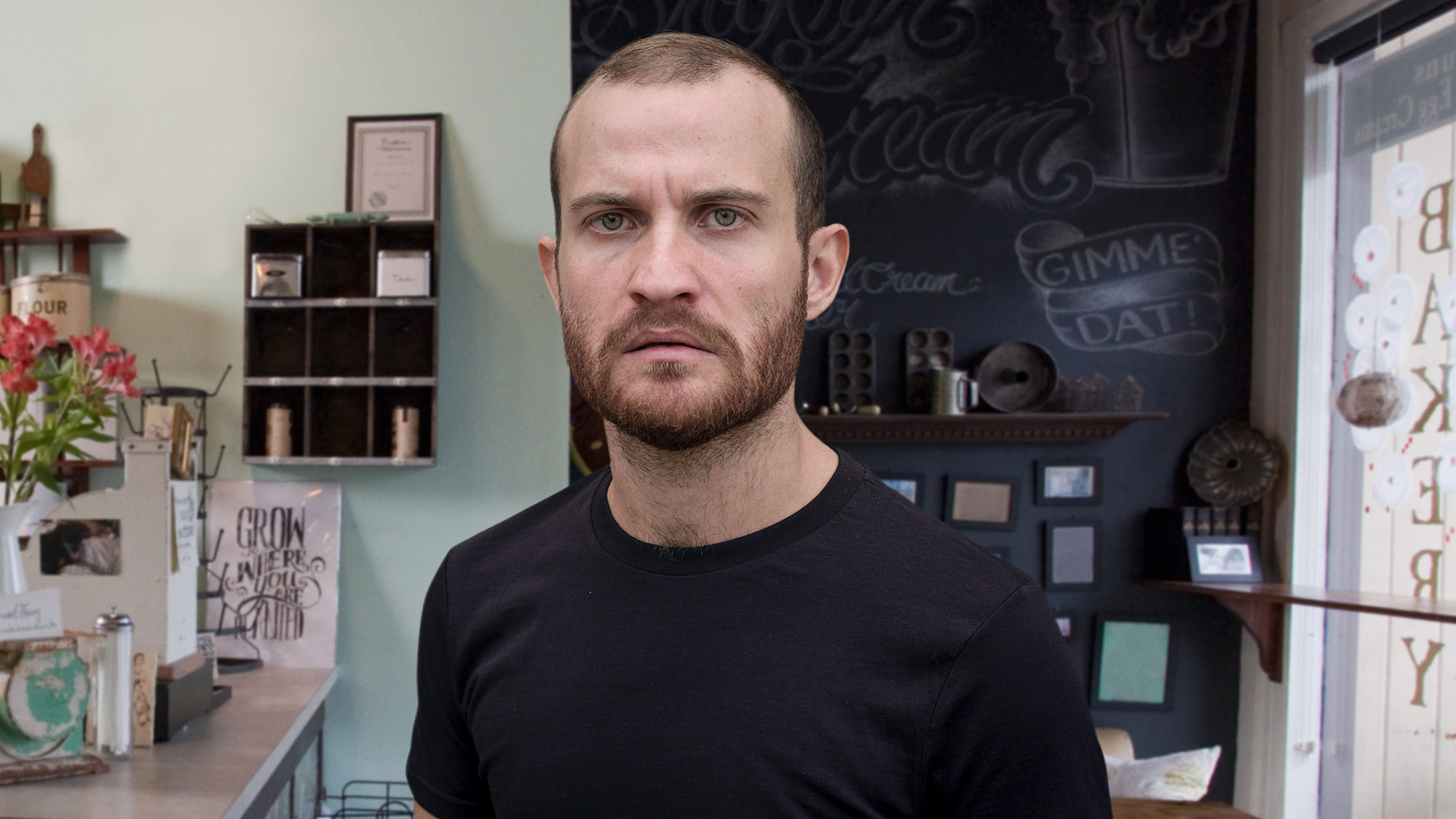 Fans of Etienne may be shocked to hear that a recent occurrence has ticked him off in a major way: Etienne is going completely apeshit on this bakery’s cashier for trying to charge him $4.50 for a bear claw.

Wow. We’re sure the cashier was just trying to do his job, but show Etienne some respect! He is the most wonderful man in the world!

Etienne had just entered Angel Foods Bakery and picked out a mid-morning snack when things went awry: The cashier rang up his bear claw pastry and asked Etienne for four dollars and fifty cents, and Etienne absolutely flipped out at the absurd price this VULGAR COMMONER was asking Etienne to pay for a mere pastry.

“DO YOU TAKE ME FOR A FOOL?” Etienne practically screamed, looking down at the bear claw and then back at the unsuspecting cashier with a fiery glare. “If I knew a pile of dough like that went for four-fifty here, I would have stayed home! The gall of you people to offend Etienne with such outrageous prices!” Etienne was visibly shaking in his genuine leather Chelsea boots as he surveyed the case full of baked goods, pointing at the bear claws in disbelief and saying, “Some imbeciles may fall for the little scheme you have going, but NOT ETIENNE!” Etienne then grabbed the bear claw and shook it in the cashier’s face, a vein popping from his now-sweaty forehead, repeating “Four-fifty? FOUR-fifty? Does Etienne look like an idiot to you? Because Etienne is no idiot! Etienne is a genius!”

The utter insolence! Doesn’t this cashier know that he’s dealing with the Etienne?

When the boy behind the counter explained to Etienne that all the prices were set by his manager, Etienne only got angrier, yelling, “BRING HIM TO ME! IT’S TIME HE FACES ETIENNE!” But the cashier told Etienne that his manager wasn’t in, and offered Etienne the bear claw for free so he could deal with the line that had formed behind the beautiful angry Etienne. Etienne refused the pastry, instead throwing it to the ground in disgust in front of the other patrons and storming to the back of the shop, where he stood scanning the prices of bags of coffee and premade cookies that lined the shelves and scoffing to himself contemptuously at the offensively steep sums demanded for such paltry items.

The lack of deference shown to Etienne at Angel Foods Bakery today will not only affect him, but also his longtime girlfriend Claudia, who is waiting at home for Etienne to return with baked goods! What a shame! Etienne and Claudia will go hungry this morning due to the insolence of a second-rate eatery!

Etienne is currently still in the store, clearly waiting until he can get another word with the cashier who tried to sell him the $4.50 bear claw. He seems to be texting several people about the incident, judging by the way he keeps taking out his phone to type furiously for almost a full minute before shaking his head and putting it away again. We’re hoping this cashier starts treating Etienne with the respect he deserves, because trying to sell a $4.50 bear claw to Etienne is absolutely not okay! It’s as if these people have no idea who Etienne is at all!