Everyday Hero: When This High School Student’s Dad Died Unexpectedly, His Teacher Stepped In To Hit On His Mom 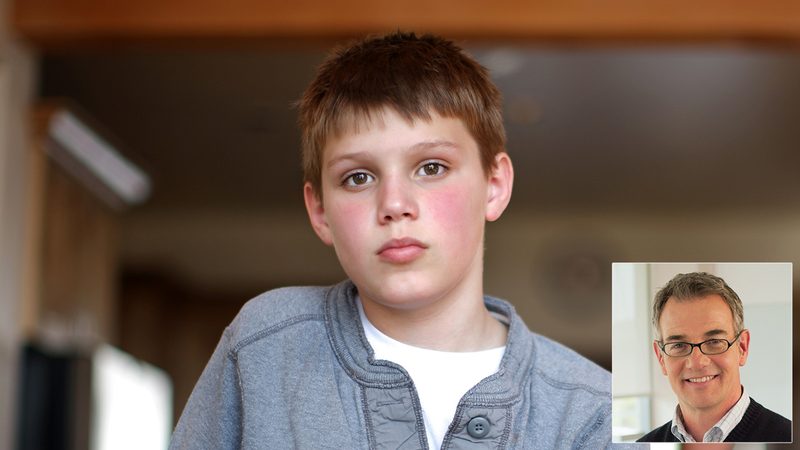 Well, if you’re looking for your feel-good story of the day, it doesn’t get much better than this.

Whenever a student in a small high school community is hit by a tragedy, it can be difficult for their peers or even faculty members to know how to offer support. Even the most seasoned educators would agree there’s no one-size-fits-all policy for such matters, but thanks to Greg Morrison, a courageous young teacher at East Memphis High, that might be changing. When a student’s dad died unexpectedly, Mr. Morrison stepped in to hit on his mom.

Losing a father so young is an incredibly destabilizing experience for a teenager, which underscores just how amazing a gesture it was when when Mr. Morrison showed up to the funeral and told Tyler’s mom, Helen, that she was “rocking that dress.” For a 14-year-old in the throes of grief, seeing your teacher put his hand on the small of your recently widowed mother’s back and whisper into her ear “I’m here if you need anything. And I mean anything,” must have been incredibly reassuring that everything was going to be okay in the end.

If that doesn’t lock up the Teacher of the Year award, what does?

Going totally above the call of duty, Greg took his newly enlarged role as a positive male influence in Tyler’s life one step further when he arranged a conference with Tyler’s mom to see how the two of them could work together to make things easier for Tyler or her, for that matter. Over a bottle of wine, Mr. Morrison took it upon himself to establish a safe, give-and-take scenario, even going as far as to speak candidly about his own marriage which, in all likelihood, seemed headed for divorce. What’s more, to make it clear that he wasn’t acting out of obligation, Mr. Morrison jokingly informed Helen that she was “in detention” until she agreed to consider a follow-up chat, perhaps over a nice dinner at Tonnali’s.

Take note, because this is how being a role model is done.

Being a high school teacher can often mean long hours, but that didn’t stop Mr. Morrison from sitting with Tyler after school to talk about whatever was on his mind and also what kind of jewelry his mom likes. And when Helen came to pick Tyler up, Mr. Morrison told Tyler that, while he could never replace his dad, he was here to fill any voids, before looking at Tyler’s mom and saying, “Any voids at all,” with a wink.

Incredible. What an amazing person to have in your life during a difficult time.

The challenges of being a teacher don’t often allow for much beyond the job description, but thankfully, the Mr. Morrisons of the world remind us that it’s always possible to make a difference. Hopefully, other people like Tyler and his mom can discover that in times of crisis, a friend or even more than a friend is closer than they think.