Extremely Embarrassing: This Woman’s ‘Crazy Frog’ Ringtone Keeps Going Off In The Middle Of Her Own Funeral 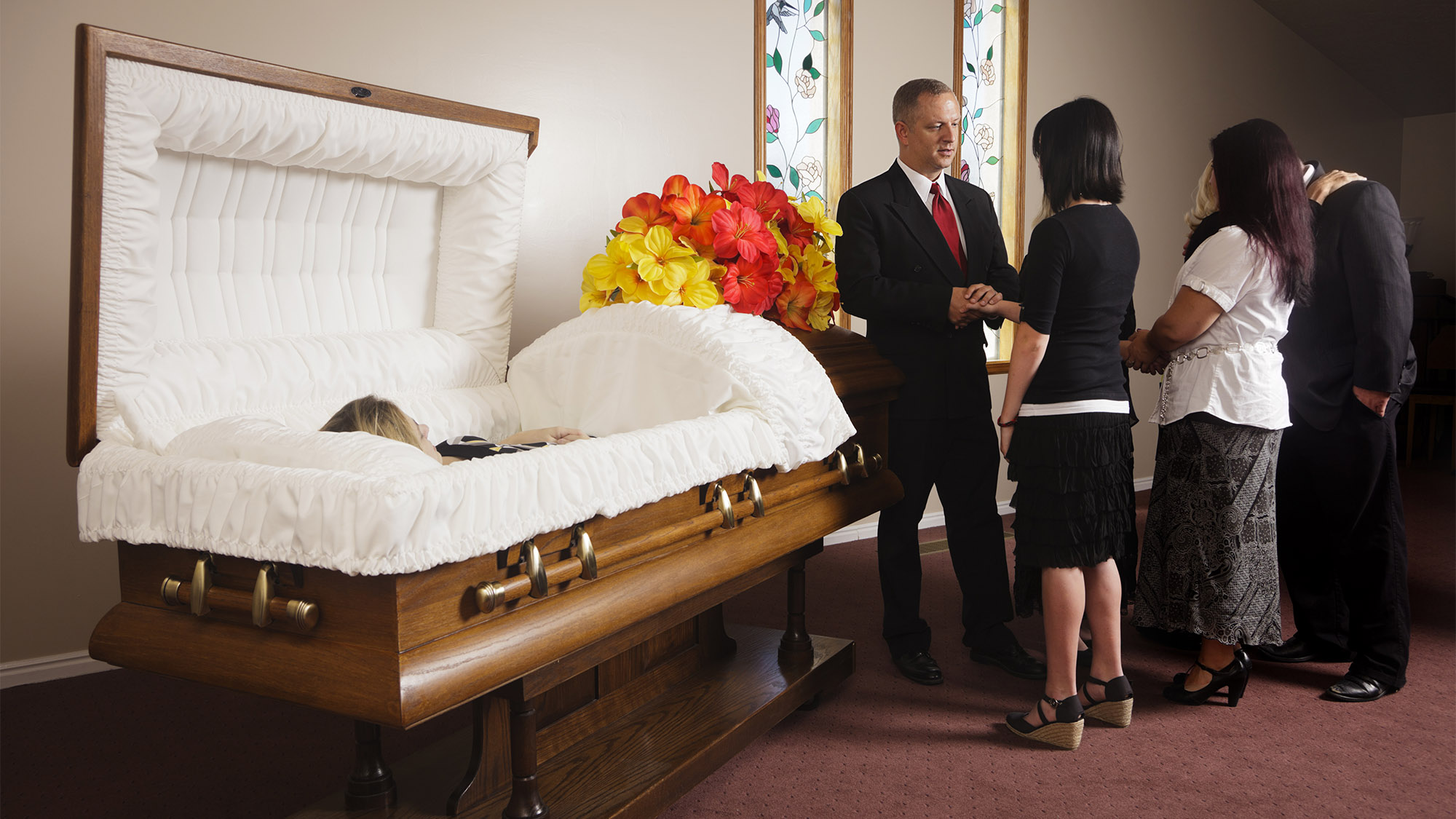 Get ready, because this embarrassing story is going to make you cringe big-time: This woman’s “Crazy Frog” ringtone keeps going off in the middle of her own funeral.

Yikes. How humiliating. This woman’s stupid ringtone is derailing her entire memorial service.

The funeral for 78-year-old Loretta Greenwell started normally enough. Her bereaved friends and family gathered in the church she had attended her entire life, and Loretta lay peacefully in her casket, a look of serenity on her face even in death. Unfortunately, just 10 minutes into the funeral, the unmistakable sounds of “Crazy Frog” began emanating from Loretta’s coffin, and the outline of an illuminated, vibrating cell phone could be seen in her breast pocket. The maddening sound of the “Crazy Frog” ringtone interrupted the eulogy being delivered by Loretta’s husband, who looked angrily at his dead wife’s corpse until her phone finally went to voicemail and the sounds of “Crazy Frog” shouting his obnoxious, high-pitched gibberish subsided.

This is definitely not a good look for Loretta! Everyone in the church right now is furious at her for forgetting to turn her loud-ass phone off before she died. They’ve been sitting there in agony for the entire service listening to “Crazy Frog” on repeat while they try to get through Loretta’s stupid funeral so they can finally bury her and her stupid phone with its stupid early-2000s-era novelty ringtone.

Who keeps calling her? Don’t they know that she’s dead?

At one point, Loretta’s cell phone went off and started blaring “Crazy Frog” again and her 8-year-old nephew got so mad he threw his loafer at her casket. Then, after her phone rang another three times, the priest just put a tarp over her casket in an attempt to muffle the sound. But five minutes later, somebody called her AGAIN and “Crazy Frog” started blaring through the chapel just as loudly as before. If anything, the tarp somehow made her ringtone louder.

This is truly a painful situation for all involved.

Alright, the priest just wheeled Loretta’s coffin in the hallway. Her cellphone is still going off every few minutes, but now it’s a lot more muffled. Hopefully Loretta’s friends and family can finish up her funeral and ignore the faint sounds of “Crazy Frog” drifting in from the hall as people continue to call her. Congratulations Loretta: You forgot to put your phone on airplane mode during your own funeral, and now everybody thinks you suck. Let’s get this rude lady and her “Crazy Frog”-spewing cellphone into the grave ASAP!