Fascinating: The Makers Of Cap’n Crunch Have Revealed That The White Thing On Cap’n Crunch’s Face Isn’t A Mustache, They’re Tusks Because His Parents Were Brother And Sister 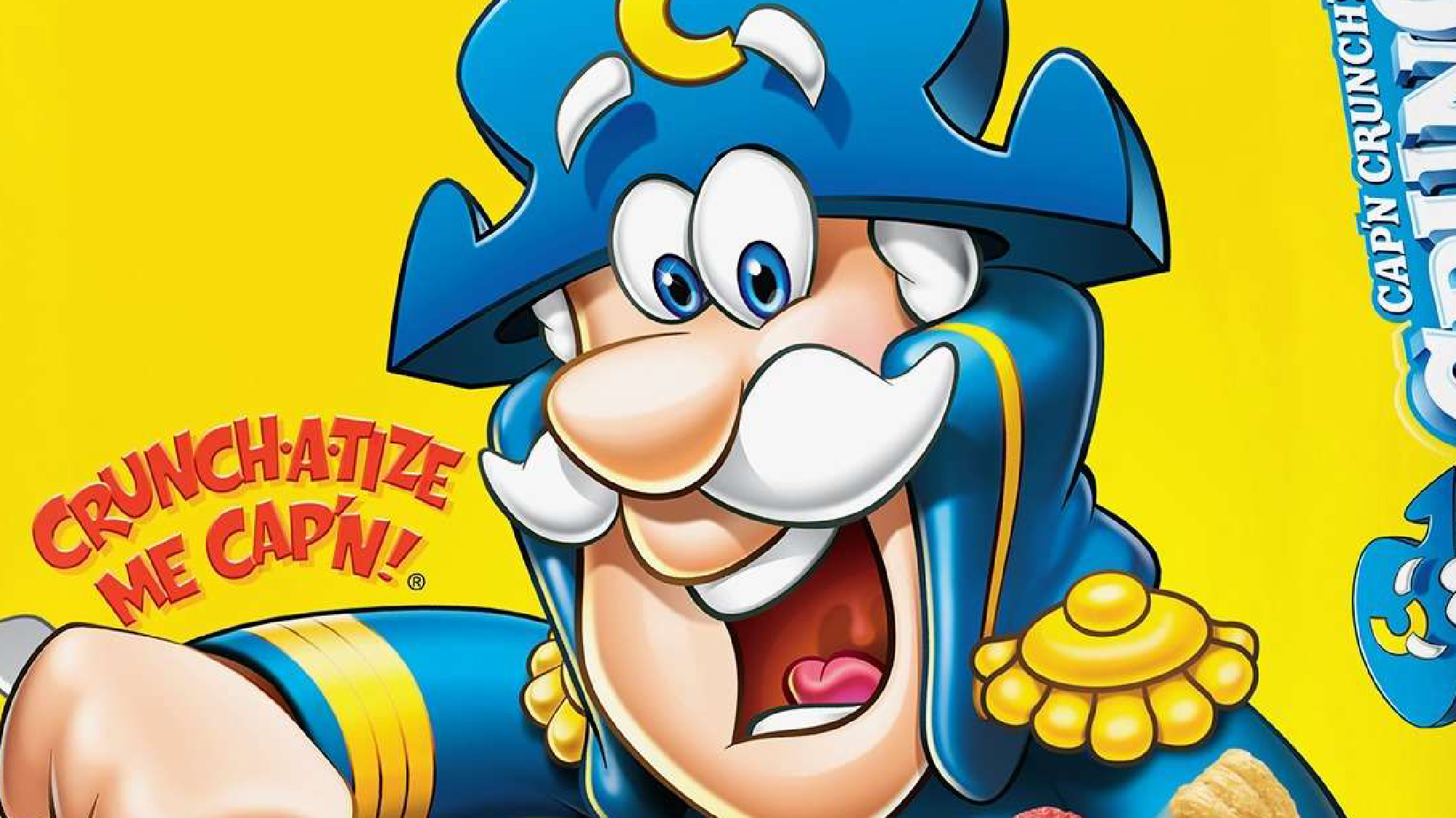 The world has just learned a truly amazing fact about one of the world’s most iconic cereal mascots: Quaker Oats, the company that makes the cereal Cap’n Crunch, has revealed that the white thing on Cap’n Crunch’s face isn’t a mustache, but rather a set of tusks that are growing out his face because his parents were brother and sister.

Fascinating! Our understanding about Cap’n Crunch is now deeper than ever before!

Quaker Oats broke the shocking news this morning in a press release posted on the company’s website:

We’d like to share with you a very interesting fact about Cap’n Crunch. While the white growths under his nose are commonly mistaken for a bushy white mustache, they are actually a set of tusks that the Cap’n grows naturally as a result of extensive inbreeding. You see, Cap’n Crunch’s parents were brother and sister, and when they had sex with each other, they produced a child with an array of extremely rare recessive genetic mutations, including tusks. Cap’n Crunch’s tusks are hard like an elephant’s, and he uses them to fight stray dogs away from the garbage cans that he likes to eat out of. Sadly for the Cap’n, it is also extremely painful for him any time anything touches his tusks, and so he is in constant agony.

The lesson here, of course, is that incest never pays, no matter how right it might seem in the moment. Cap’n Crunch’s mother was in love with her brother, and he with her, and so they made love, and from their beautiful union emerged the genetic monstrosity the world has come to know as Cap’n Crunch: The man with tusks. Even though Cap’n Crunch has become famous for his cereal, he is a crime against nature, and his tusks are disgusting. He is a human walrus and the world will be better when he finally dies. Thank you for enjoying all the delicious breakfast treats here at Quaker Oats!”

This is absolutely groundbreaking news! And if it weren’t already exciting enough, Quaker Oats revealed in a follow-up press release that Cap’n Crunch’s grandparents were also brother and sister, his father is also his grandfather, and his mother is his father’s niece in addition to being his father’s sister. This is why he has tusks, is only two-and-a-half feet tall, and weighs 30 pounds. The company says that they are ashamed that one of their most notable mascots is an abominable product of incest, but there is nothing they can do except wait for him to die.

There you have it—the coolest news you’re going to read all day! Cap’n Crunch’s mustache is actually tusks because his parents were siblings, and our minds are officially blown. Major props to Quaker Oats for letting the world know why Cap’n Crunch looks so wrong.