Father’s Day Traditions From Around The World 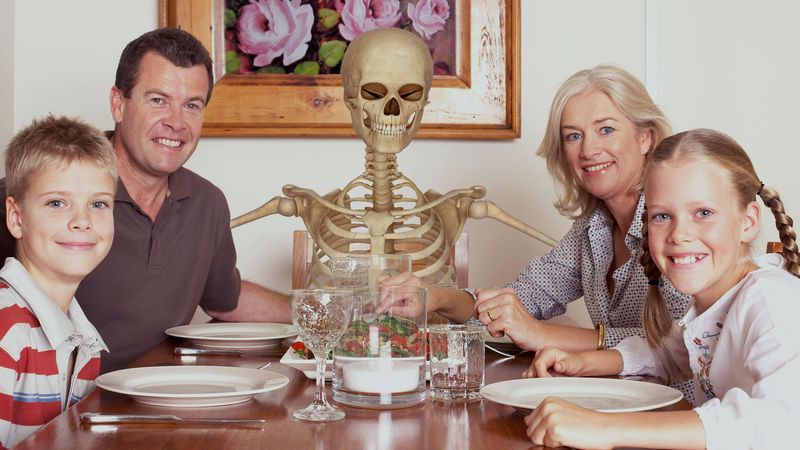 It’s almost Father’s Day, which means people everywhere are celebrating the most important men in their lives! Check out these very special Father’s Day traditions from around the world:

Our neighbors to the north celebrate Father’s Day every year by gathering at their nearest cemetery to reenact the traditional Father’s Day Tale, with the mayor traditionally playing the role of the Father’s Day Skeleton and children playing his helpless victims.

In Uruguay’s capital, Montevideo, each family honors dads by hanging a skeleton outside of their home to represent Padre Esqueleto (Father Skeleton).

Every Father’s Day, families build papier-maché models of the Father’s Day Skeleton (Peter Bones) and gather at nightfall to burn them at a bonfire. (Fun fact: This is the etymological origin of the word “bonfire.”)

In Nordic folklore, the Stommefader, or “Skeleton Dad,” is said to run through the woods on Father’s Day, crying that the devil has swallowed his son. Norwegian men act out the story by running through the town streets at midnight shouting the same.

Families in Ukraine hide a tiny Father’s Day Skeleton in a bowl of borscht. If the father chokes on the skeleton, the child who chooses to save his father receives 15 hryven.

The people of Finland call the Father’s Day Skeleton Isin Yksityinen Painajainen Tanssi Luun, which roughly translates to “Daddy’s Private Nightmare Of Dancing Bones.” Each Father’s Day, the children of Finland dress up as Isin Yksityinen Painajainen Tanssi Luun and march around the town loudly accusing their fathers of murder.