Finally: First Response Has Released A Pregnancy Test Men Can Pee On To Feel Like They’re A Part Of It, Too 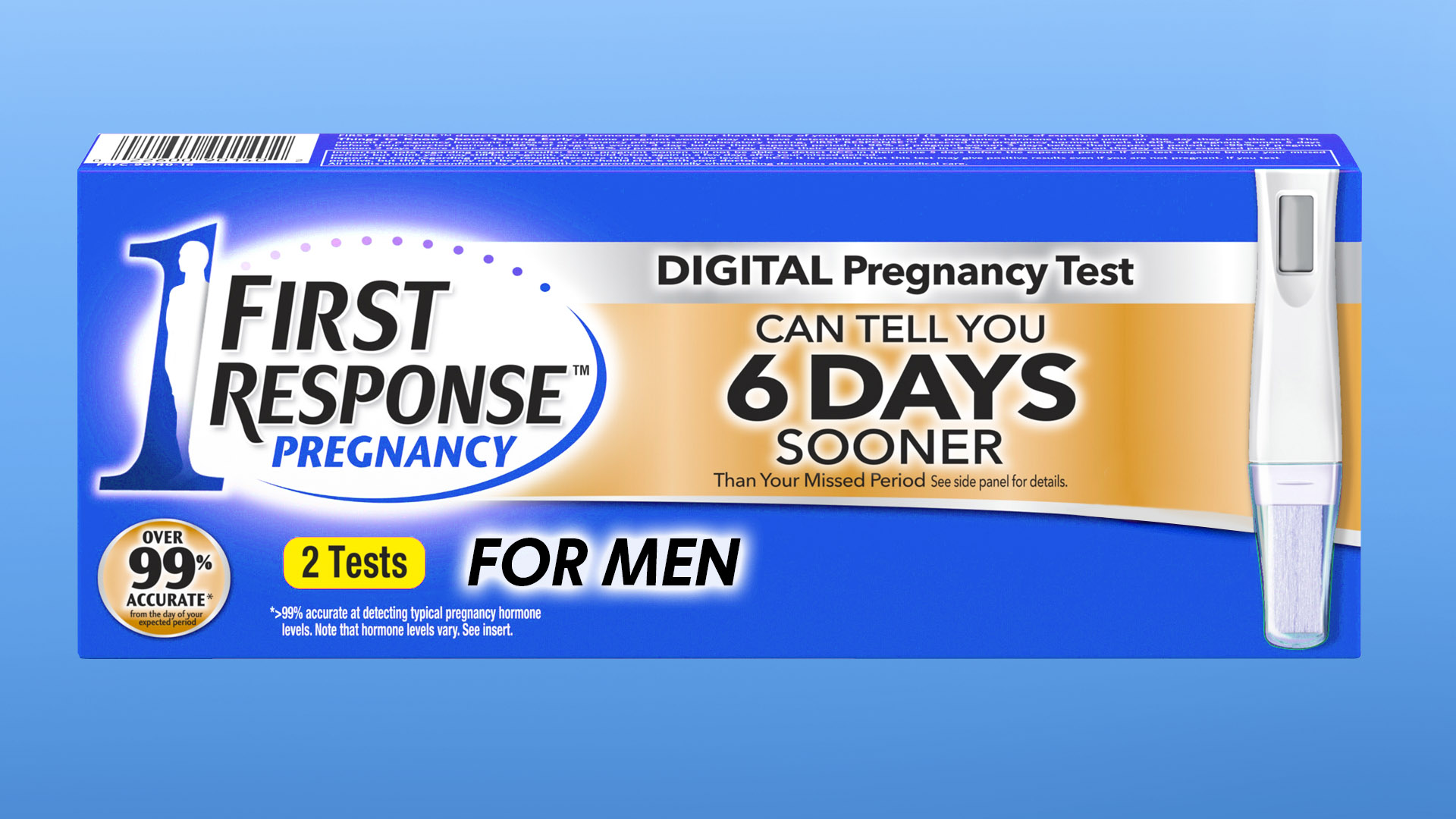 Men, it’s time to get excited, because there’s an awesome new product on the market that’s about to make finding out if your partner is pregnant a lot more fun: First Response has released a pregnancy test men can pee on to feel like they’re a part of it, too.

Hell yes! It’s about time that men get a test of their own to piss on.

Hitting shelves this week, First Response’s new pregnancy test for men looks and functions just like the standard pregnancy tests women use, making it so that men never feel left out at any point in the process. As men pee on the test and set it aside just like their partner does with hers, they’ll be completely in on the action while they wait three minutes for the result to appear on the screen. Then, just as the woman’s result appears revealing whether or not she’s pregnant, the man’s test will light up with a message that reads “YOU WERE A BIG HELP.”

“Traditional pregnancy tests can leave men feeling as if they’re not an important part of the procreation process, and that makes them sad,” said First Response in a press release. “That’s why we’re thrilled to provide men with a way to finally share in the special experience of peeing on a stick so that they, too, can feel like valuable participants.”

The tests are sold two to a box, which means that men won’t have to uncomfortably watch their girlfriend pee on a second stick to confirm her result when they only got to pee on one. Instead, they’ll get to pee on a second test, which after three minutes will reveal a second message that reads “YOU DID A GREAT JOB PEEING TODAY!”

Wow. Someone at First Response deserves a raise for this one, because this is seriously a game changer. Your move, Clearblue!