Find Out What Amy Adams, Khloé Kardashian, And J. Cole Have To Say 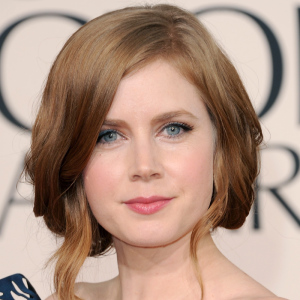 “Halloween is an important day for me because it marks the anniversary of the first time I dressed up as a seahorse.”

“Pretty much the only place I can escape the paparazzi these days is the mouth of a volcano. And then I’m dealing with lava, which I call ‘mountain paparazzi.’ So I am pretty stressed out most of the time.”

“Round the back pass to O’Brien. Thompson screens. O’Brien takes off, then lobs it back to Wells who sinks a two-pointer at the buzzer to win the game. 90-89, Wolves win. That’s how it should have gone. That’s what kept playing over and over again in his head, like when you put a song you love on repeat. But that wasn’t what happened. Instead Kyle Wells got fouled and his two-pointer rimmed out, sending him to the line for two. He breathed deeply. ‘Yeah, Wells!’ his teammates cheered from the bench. ‘It’s all you, buddy!’ yelled Coach Brennan. O’Brien slapped him on the back and said, ‘You got this, man.’ Kyle stepped to the line and bounced the ball. Ba-dumm. Ba-dumm. The ball left his hands and clanged off the rim. Then it happened again. And just like that, it was over. They weren’t going to the playoffs. They weren’t winning the championship. They were done. As the gym cleared out, people offered Kyle words of support. ‘Don’t be too hard on yourself.’ ‘It wasn’t your fault.’ ‘You’ll get ’em next year.’ It was nice, but he didn’t believe it. It was his fault. When his mom suggested they go get milkshakes to take the edge off, he shook his head. ‘Go on without me,’ Kyle said to his mom. ‘I’m going to stick around here for a while and shoot around.’ She gave him a hug and headed out. Even though the Irving Solzer Memorial Gymnasium at Twin Oaks High School was newer than most other school gymnasiums, it still managed to be a creepy place to be alone. They had rebuilt the place about three years ago after it burned down in what authorities said was most likely an electrical fire. Alone in the dark gym, Kyle approached the free-throw line, set his feet, and bounced the ball. Ba-dumm. Ba-dumm. Ba-dumm, the ball throbbed. Something about the sound made the gym seem unusually big, like the sound took too long to echo. He bounced it again. Ba-dumm. Ba-dumm. Creaaaaak. Kyle turned to see the door swing open from an entrance by the away bleachers that he hadn’t noticed before. Out from the doorway stepped a tall, rail-thin figure in an old-fashioned basketball jersey Kyle had never seen before. ‘Twenty-one?’ the new guy asked. Kyle hesitated. ‘All right, one game,’ he said at last. ‘What’s your name?’ But the player didn’t respond. He just checked the ball. Ba-dumm. Kyle tried to drive to the hoop, but the player in the old-fashioned jersey was all over him. Kyle lifted up a three-point shot that clanged off the rim. He leapt up to grab the rebound and had his hands on it when from his blindside the other player slammed into him and sent him reeling across the floor. Kyle winced as the player put in an easy layup. The next play was the same—the mysterious player violently muscled Kyle out of another rebound. It was a foul, but Kyle kept quiet and decided to let his actions speak for him. When his next shot missed, he got good position and managed to box out. His opponent crashed into him again, but this time lost his balance and went careening into the corner where a pole from a half-assembled volleyball net was jutting out from under the bleachers. To Kyle’s horror, the player fell directly onto the pole, which ripped through his back and out of the front of his chest. But Kyle had not even recovered his wits before the player pulled himself off the pole and began to laugh as blood dripped from the hole in his chest. Kyle screamed and ran for the door, but the door was locked. The janitor must have closed it up. Then Kyle heard the player address him by name. ‘You can’t leave, Kyle,’ he boomed in a voice that seemed to echo forever. ‘I fouled you. I went over the back.’ Kyle shook his head, but the player insisted. ‘Fair and square, Kyle. I fouled you. Now you get two shots… for your soul!’ Kyle understood that he had no choice. He stepped to the line and bounced the ball. Ba-dumm. Ba-dumm, the ball throbbed. He let it fly. CLANG. The player collected the ball and passed it to Kyle. ‘Last chance.’ Kyle steadied himself. Ba-dumm. Ba-dumm. Ba-dumm. Ba-dumm. Ba-dumm. CLANG.“