Find Out What Dave Matthews, Emma Watson, And Bill O’Reilly Have To Say 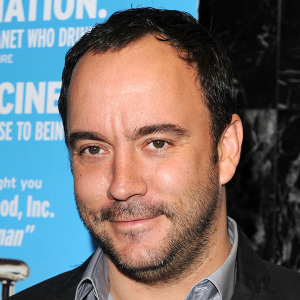 “In the beginning, we had a maestro in our band. We thought we needed one. Then one day we were touring and left Des Moines without him, even though we did a head count. Turns out the person we counted was a little drummer boy who did Civil War reenactments and got on the wrong bus. Everything suddenly clicked. Why not have a drummer to keep pace instead of a maestro? That’s when I knew: The band was complete.”

—Dave Matthews
On mistakes working out

“I’ve been talking about honey-glazed ham in interviews since August, nonstop. You’d think by now, December, whenever I walked into a store they’d recognize me and give me one free for Christmas dinner. Nope!”

—Emma Watson
On where fame fails

“The horn was invented 500 years ago, and it took until the 20th century to find a proper use for it: the modern car. I once asked why they didn’t put it on cannons, but then I realized you didn’t want people out of the way for that sort of stuff.”