Find Out What Elisabeth Moss, Ben Bernanke, And Robin Wright Have To Say 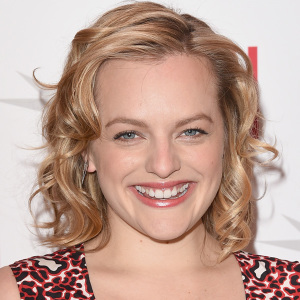 “The biggest challenge is not pulling out your iPhone to look at it every two minutes.”

—Elisabeth Moss
On acting in a period drama

“Lincoln’s on the penny, Jefferson’s nabbed the nickel, FDR’s splayed out on the dime. Washington’s lying on the quarter and Kennedy’s shacked up on that half-dolly-dolly-o. Then the repeats: Washington dos on the uno, TJ ditto on the deuce, Honest Abe afresh on the five. Then that goddamn trash bitch Hamilton on the fucking ten-spot, what an outrage, but Andy Jackson looks right as rain on the twenty. That five-o, though, that’s U.S. Grant territory. Benny Franklin’s on the C and Billy Mac’s slurping that quinientos cream. Two-timer Grover Cleveland tickling the baby grand, Madison wraithlike on the five large, Salmon Chase upstream on that ten times ten times ten times ten. Handsome Woody Wilson sits atop the hundred stacks, but good luck getting the cashier to give you one of those puppies. Oh, and there’s a spooky golden coin with an Indian on it!”

“You’re definitely going to learn a lot more about the local monuments, that’s for sure.”

—Robin Wright
On season three of “House Of Cards”