Find Out What Kristen Stewart, Stephen King, And J. Cole Have To Say 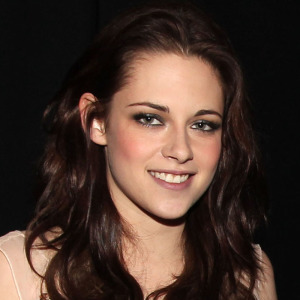 Happy Halloween! Ever wonder what’s on the mind of your favorite celebrities on this spooktacular day? Find out in today’s special edition of “They Said What?!”:

—Kristen Stewart
On getting into the Halloween spirit

“It happens at the midnight hour, when the ghostly grandfather clock in the hall begins to chime and the demons that haunt our souls creep out from those remote and hellish corners of our nightmares.”

—Stephen King
On his bedtime

“Bobby was the new kid in town. Having a dad in the military, he was used to the whole experience. The endless shuffling from one place to another, having to start over with new friends, a new home, a new life. All of this he was familiar with. But Summerville was different. There was something about the place that gave Bobby the creeps. The people seemed nice enough, but there was something off about the way they looked at you…like they weren’t really seeing you. Like they weren’t really seeing anything. It was hard to explain. But Bobby put this out of his mind as he stepped on the school bus the morning of his first day at Summerville Junior High. He had other things to worry about. Would the kids at the new school like him? Would the teachers be strict? All these questions were swirling around in his head as he took a seat toward the back of the bus. The kid he sat next to didn’t even look at him as he sat down. Jeez, was he really this invisible? The bus ride seemed to drag on for hours, all of them sitting there in silence. That was another weird thing. None of these kids were talking to each other. At Bobby’s last school, the kids were so loud on the bus that the driver often had to tell them to quiet down. But this group was absolutely silent. Looking around, he saw that everyone was staring straight ahead, with that odd, glazed-over look that everyone in Summerville seemed to have. In an attempt to break the strange silence, he turned to the boy next to him and introduced himself. ‘Hi, I’m Bobby.’ But the boy completely ignored him. It wasn’t so much that he ignored him, even. It was like he didn’t see him at all. This was not going well, Bobby thought to himself. Looking out the window, he breathed a sigh of relief as he saw that they were approaching the school. This bizarre bus ride had not been a good way to start off the year. But the bus didn’t turn into the driveway at Summerville Junior High. Bobby was confused. He turned to his seatmate. ‘Hey, did we just pass the school?’ The boy said nothing, his expression unchanging. Bobby looked around to see if anybody had noticed that they had driven past the school and were now heading down the highway out toward the hills. ‘Hey!’ Bobby shouted at the bus driver, whose reflection he couldn’t quite see in the rearview mirror. ‘We passed the school!’ No response. Had he somehow managed to get on the wrong school bus? Starting to feel a little worried, he got up and began to walk slowly and cautiously down the aisle toward the driver. ‘Excuse me, sir?’ he said to the driver as he approached from behind. ‘I think we might’ve passed the school—’ But when Bobby reached the driver, he couldn’t believe what he saw: There, in the driver’s seat, was a human skeleton. His bones made a clicking noise as he adjusted the steering wheel, his eyeless skull looking out across the highway. Bobby would’ve screamed if it weren’t for what he saw when he turned around. Everyone on the bus, all the kids that just seconds ago had had skin, and flesh, and hair, had turned into skeletons! Bobby couldn’t breathe. His heart was racing. He bolted for the door and started trying to yank it open. Finally, it relented, and Bobby steadied himself in the door frame, preparing to jump. But they were on a mountain road now, and the side of the road was a sheer drop. Bobby looked back at the skeleton driver, who turned his head and looked at Bobby in that way people from Summerville looked at you…like they weren’t really looking at you…like they didn’t have eyes! Bobby jumped from the bus, and the last thing he saw as he fell off the cliffside was the license plate on the school bus. It read: ‘Death.’”