Find Out What Marissa Mayer, Eric Clapton, And Charlotte Gainsbourg Have To Say 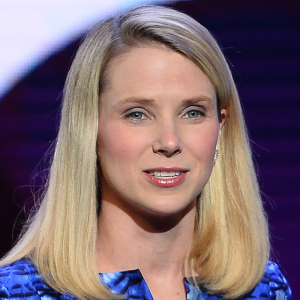 “I once talked a guy down to $100 for an original Ty Cobb baseball card. That man’s name? Dzhokhar Tsarnaev.”

—Marissa Mayer
On her proudest moment

“The man is looking at the water. The man is supposed to be catching dinner for his family. The surface of the water generates the man’s reflection. The man’s pupils are black. The man cannot look away. The scaly whipray is on the bay floor underneath the man’s reflection. The whipray is choking on the crab. The crab is choking on the jagged sop of coral. The whipray and the crab die hungry, yet with sustenance in their mouths. The bodies float upward and break the surface of the water in the exact area where the man’s face is being reflected. The man, who’d been so hypnotized with the man’s own reflection, is startled. The man has a heart attack and falls into the water. The man’s body surfaces, face up. The man’s eyes are pointed toward somewhere beyond the sky above the bay. The man’s pupils are black.”

—Charlotte Gainsbourg
On her favorite joke of all time