Find Out What Slash, Octavia Spencer, And Mark Ruffalo Have To Say 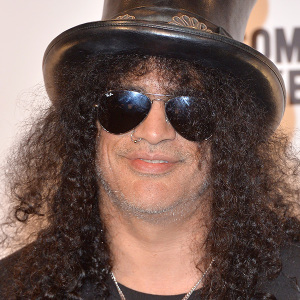 “I wanted to donate the guitar I wrote ‘Sweet Child O’ Mine’ on to the Rock and Roll Hall of Fame, but it got destroyed when I put it in the laundry machine to clean it. So, instead, I donated that laundry machine to the hall of fame, on the condition that I still get to come and use it whenever I’m in Cleveland and have stains on my shirts.”

—Slash
On being a rock star

“Relationships are about time. You have to have the time to look for a big enough tree to carve your initials into, and once you’ve found it, you have to be able to survive at least two years in jail for vandalizing a tree in California’s Sequoia National Park.”

“Gun control isn’t about taking away anyone’s gun. It’s just a matter of making sure that anyone who has a gun only uses it to shoot terrible bugs like spiders and beetles.”