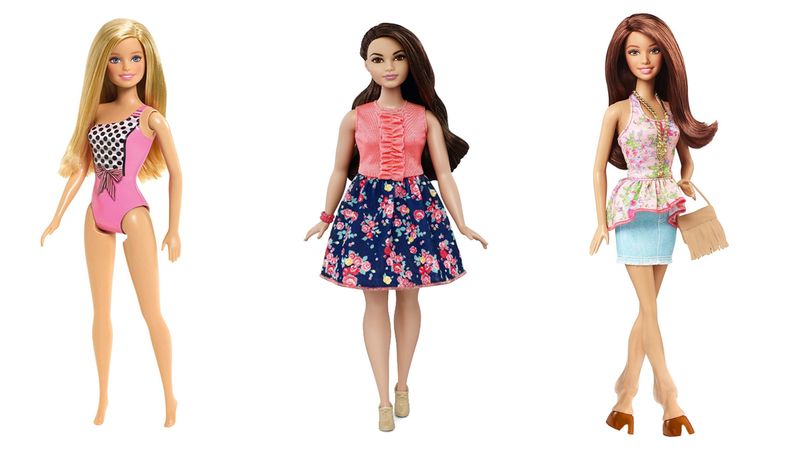 With her impossibly skinny frame and inhuman body proportions, Barbie sets an unattainable beauty standard that young girls feel intense pressure to achieve. We noticed these dolls were promoting unhealthy, dangerous norms, and it gave us the idea for a bold social experiment: What if we gave a girl a Barbie doll, then gave her a doll with normal human proportions, and then gave her a doll with goat hooves?

Our toy tester was first-grader Rebecca. First we let her play with a Barbie doll for a few minutes, and she had fun. Next we gave her a doll with a realistic waistline and a healthy amount of body fat, and Rebecca absolutely loved it. In fact, she said that she liked playing with it even more than the Barbie. After that, we gave Rebecca a doll with goat hooves, and she hated it.

Incredible. This proves that dolls don’t have to be stick-thin for kids to have fun!

We then gave Rebecca a doll that had an extra arm on its head instead of a face. Rebecca said it was creepy. We gave her a doll that was completely skinless, with painted muscles and veins covering its plastic body, and Rebecca said it was gross. Then we gave her another doll that had cobra snakes instead of hands, and Rebecca didn’t like it at all. The doll with the cobra arms began emitting a high-pitched shriek from a speaker inside its chest, and Rebecca tried to turn it off but discovered there was no off switch.

Wow. The eye-opening results of our experiment revealed that despite what society’s reigning beauty standards would say, girls actually prefer it when dolls have the proportions of a real woman. It’s never been clearer that the way we depict female bodies needs to change. Let’s hope Mattel pays attention!