Freddie Vs. Kiefer And 8 Other Outrageous Celebrity Feuds 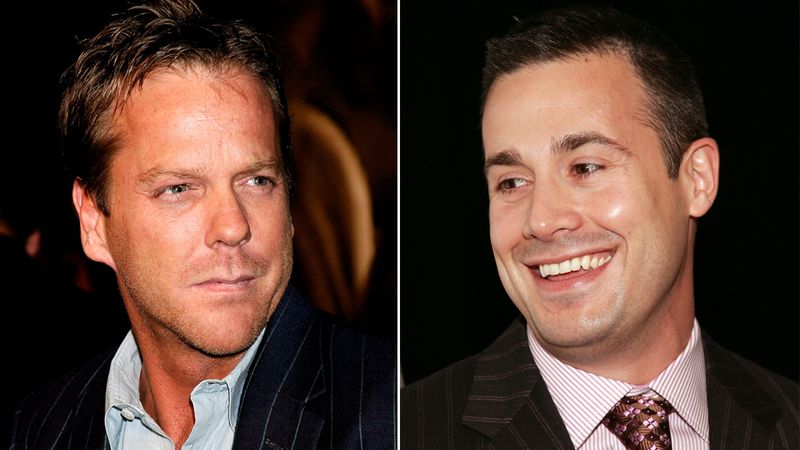 Freddie Prinze Jr. made headlines this week by calling out Kiefer Sutherland for being “unprofessional” and even saying he “hated every moment” of working on 24. While we wait to see how the drama plays out, let’s revisit these other juicy celebrity feuds that captivated our attention.

Since 2010, Diesel has frequently expressed anger and confusion over why Rihanna doesn’t have a last name, often taking to Twitter to accuse her of “breaking the rules of names.” Rihanna has only stoked the flames by maintaining silence and refusing to address the accusations.

Prior to Vidal’s death in 2012, he and Harry Potter star Rupert Grint were known to get into quite a few shouting matches. On one occasion, Grint proclaimed Vidal was a “pseudo-intellectual” and Vidal responded by calling Grint “shrill.” The two became bitter enemies after that, and Grint has been quoted as saying he “cackled like a fiend” when he heard Vidal had passed away.

3. Anthony Hopkins vs. The Decemberists

Ever since Hopkins threw a frozen steak through the window of the Decemberists’ tour bus, the legendary actor and hyper-literate indie band have had nothing but unkind words (and plenty of them!) for each other.

This famous feud allegedly began when Ja Rule forgot to feed 50 Cent’s goldfish while he was out of town and it died.

These first cousins have tried and failed to plot each other’s deaths scores of times in their ongoing battle to become sole heir to the vast McCarthy Railways empire.

Despite Efron being born 35 years after his death, James Dean was relentless in his assertion that, “If he should ever exist, perhaps long after I’ve shuffled off this mortal coil, Zac Efron will be a dick.”

The bad blood between these two traces back to 2011, when the celebrated novelist supposedly mailed her a typewritten letter reading, “I am not moved by you.”

At the premiere screening of Tom Hanks’ movie Angels & Demons in 2009, Hanks made Major League Baseball pitching star Clayton Kershaw sit in the back row of the theater, claiming, “Jocks shouldn’t get to watch movies.” The two have been at each other’s throats ever since, exchanging withering insults, and even the occasional punch, at every opportunity.