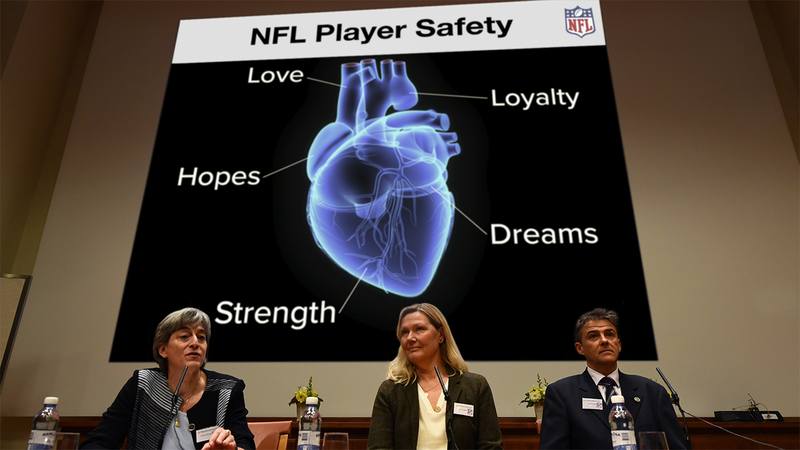 From flat-out denying the science behind CTE research to discrediting those who tout it, the NFL has long countered the neurological disease’s stigma with its own blunt force. But now it looks like the league is offering a fresh perspective on the matter altogether: The NFL has announced that instead of studying what’s in the players’ brains, the real focus should be studying what’s in the players’ hearts.

Wow. After years of total pushback against the CTE conversation, it seems like the NFL is ready to pivot the focus and look at things in a whole new light.

The league’s new approach to player safety and research, which prioritizes how players tackle life’s adversities over how they’re tackled on the field, marks a serious break from the CAT scans and lab studies that have dominated the conversation in recent years. At a press conference announcing the NFL’s new point of view, commissioner Roger Goodell insisted that overanalyzing player concussion data has been a dead end, and that the only things under the microscope should be the passions and dreams that flow out of the players’ souls like the sweetest poetry.

“The well-being of our players is the NFL’s No. 1 priority, and we now see that the best way to move forward is not by studying their brains, but by studying what’s right in here,” said Goodell while repeatedly pointing to his own chest and dramatically scanning the room. “Instead of trying to understand what repeated blows to the head will mean for these players over time, we should be listening for the songs that live in all our players’ hearts, set to the tick-tock rhythm of a little thing called life. And that’s something you can’t learn from some medical textbook.”

Incredible. When it comes to an issue as hotly debated as CTE, you’ve got to give it up for the NFL trying to bring a fresh perspective to the table. It’ll be interesting to see how everyone reacts to the league’s new approach, and whether this will be the step that finally gets everyone on the same page to prioritize player health.