Get Covered: President Obama Appeared In An ISIS Video In Order To Spread The Word About Healthcare.gov! 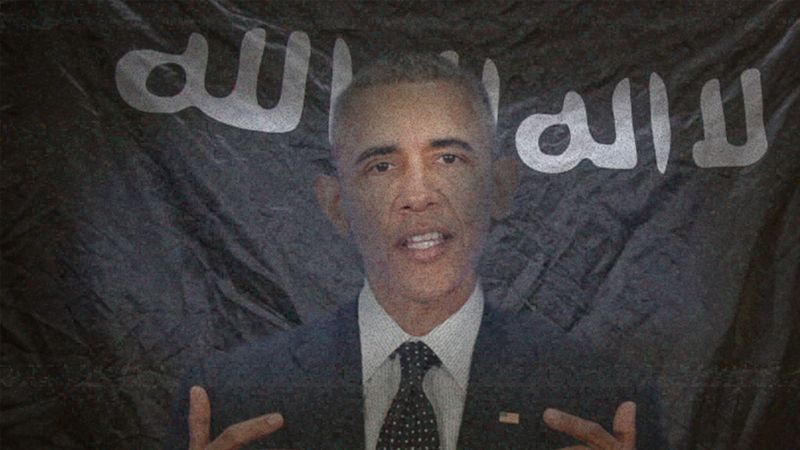 Since Obamacare’s rollout in 2013, President Obama has not been shy about making numerous media appearances to promote the program to young people. But his latest attempt might be his most awesome yet: The president just appeared in an ISIS video to discuss healthcare.gov!

Nice! Obama teamed up with the international terrorist organization, and the results are absolutely incredible!

The YouTube clip, which surfaced on a widely known Islamic State–affiliated account earlier this afternoon, features Obama cutting up with a group of militants somewhere outside the Syrian city of Kobani.

What starts out as an ISIS recruitment film just like any other gets kicked up a notch as one radical steps forward and removes his mask to reveal the president himself!

“Let’s talk about health care for all Americans,” says President Obama, standing in front of a graphic overlay of the group’s iconic black-and-white flag. “I’m here with ISIS, and I want to tell you how you can get insured today. Enrollment is fast, easy, and only a click away.”

“These guys are pretty scary,” Obama’s voiceover continues as footage of ISIS recruits engaging in paramilitary foot drills plays on the screen. “Do you know what else is scary? Paying huge medical fees without adequate coverage. So visit healthcare.gov and find a plan that’s right for you.”

You have our attention, Mr. President!

Nobody could have expected an Obama-ISIS collaboration, but as far as we’re concerned, the president definitely got his message across! This video could prove to be the viral push that millennials need in order to start exploring their health care options. Honestly, it’s hard to stop watching this amazing clip!