Getting Desperate: Tucson Is Claiming The Apocalypse Has Decimated The Rest Of The Country To Prevent Millennials From Escaping To Cooler Cities 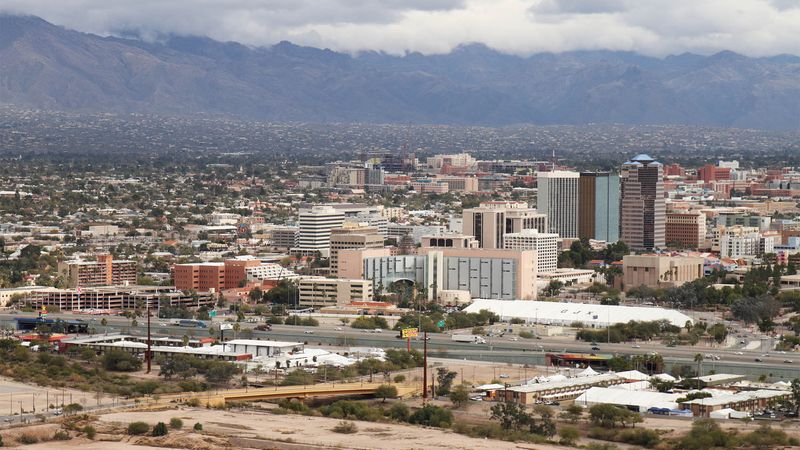 Many smaller cities in the United States are struggling to keep younger generations from moving away, and Tucson, Arizona is no exception. In order to entice more residents to stay, the city recently started a revolutionary new advertising campaign: Tucson is claiming that the apocalypse has decimated the rest of the country to prevent millennials from escaping to cooler cities.

Wow. Sounds like they’re really pulling out all the stops.

As of this morning, city officials have reportedly hijacked all local news channels to make it appear as though the rest of the earth is a barren wasteland. In an effort to scare more residents into staying, the Arizona Daily Star is now reporting that mutant rats prowl the radioactive death zone that was once America and claims that Tucson has the world’s only stockpiles of non-radioactive water.

This is definitely a revolutionary new strategy to keep millennials. The city has also reportedly lined its highways with signs describing the dangers of moving to a cooler coastal city, whose messages get progressively more terrifying as you near the city limits.

“Tucson is the only city on Earth where the sun’s rays won’t turn you into a human raisin within minutes,” said Tucson’s mayor, Jonathan Rothschild, during a recent town hall called to urge young residents to stay in the city. “We also have a growing arts scene, a flourishing tech sector, as well as affordable housing and great schools.”

The mayor then went on to stress that anyone looking to relocate to a cooler climate would be smart to stay, because according to him, scorpions the size of bulldozers now control Brooklyn, Austin is the territory of a roving gang called the Black Razor Clan, and Portland is 400 feet under the boiling ocean. He also emphasized that permanent residents would not be razed by magma from deep within the earth and could enjoy Tucson’s vast network of fast food restaurants.

Whoa. While Tucson is proving beyond a shadow of a doubt that it’s serious about holding on to its residents, it remains to be seen if it can pull it off. No matter what, it’s impressive to see a city go to such lengths to keep its residents, even if that means fabricating an elaborate worldwide apocalypse to convince them to stay!