Getting Out Of Hand: The Children In This Sunday School Class Are Overwhelmingly Siding With Pontius Pilate 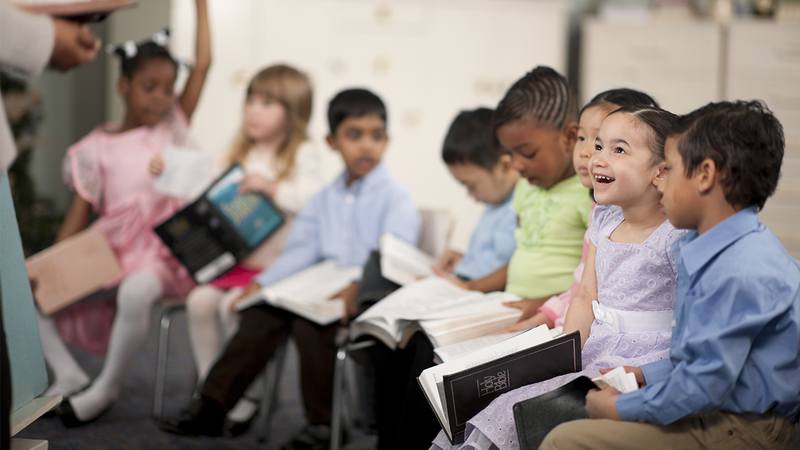 Well, here’s a situation that’s heading toward disaster. Trinity Christian Church in Chicago is normally a safe space for worship, but last weekend, things took a turn: When this third-grade Sunday school class learned about the crucifixion of Jesus Christ, the students overwhelmingly sided with Pontius Pilate.

Yikes. These kids are missing the point in a big way, and they don’t seem like they’re going to change their minds anytime soon.

Their Sunday school teacher, Ms. Cleary, had reportedly just explained that Jesus died on the cross for humanity’s sins, when a student named Bridget raised her hand to say that she had heard Jesus was crucified because he had threatened the Roman province where Pontius Pilate was governor. While Ms. Cleary responded that Pilate punished Jesus for trying to spread his gospel of Christianity, the teacher couldn’t even get through her explanation without another student named Alec interrupting her and saying that he felt bad for Pilate because he was just trying to run his city.

Uh oh. These kids are seriously ganging up on Jesus Christ, and they only seem to be getting more confident that Pontius was the hero here.

Sensing that the kids were confused, the teacher then attempted to change the subject and teach the class about Jesus’ message of love and charity, when Bridget once again spoke up and pointed out that “it did seem like Jesus broke the law.” By that time, several children who had previously been coloring pictures of Christ stopped their work to nod in agreement with her and ask why Jesus wanted to hurt Pontius and if Jesus was a bad guy.

In a last-ditch effort to save the class, Ms. Cleary told the students that Jesus was the son of God and our savior—to which Bridget responded that anyone could say they were the son of God, so how would Pontius know to believe him? At that point, the entire class began clamoring to hear more Bible stories about the “amazing Roman governor,” and three kids cried when they found out Pontius Pilate doesn’t show up in the Bible after the crucifixion.

Wow. Hopefully these kids can get this Pontius business out of their systems soon so their teacher can finally stop getting steamrolled.

Unfortunately, by the time the class ended, Ms. Cleary had only been able to teach a few minutes of her lesson and ended up spending most of the class defending Jesus from students who were heavily siding with the Roman governor. Let’s just hope that next week there aren’t a bunch of angry parents coming into Sunday school and confronting her about what she taught the kids about Pontius Pilate.