Godspeed, Sir: Steve Bannon Is Bravely Walking Into The Desert To Find A Gun He Saw In A Dream 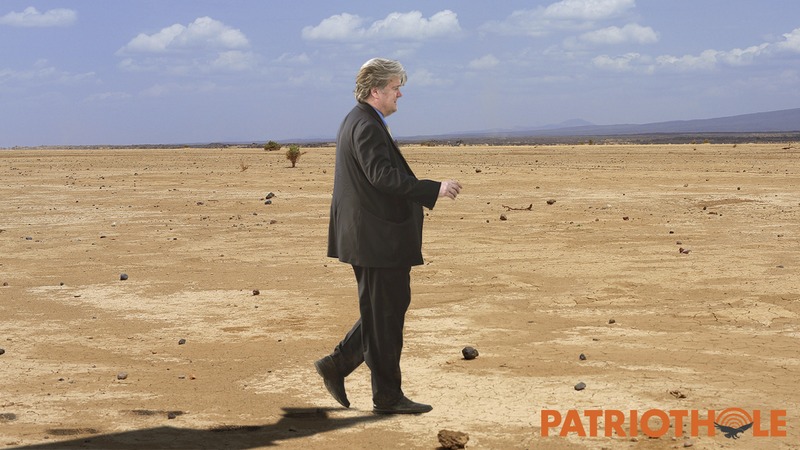 Get ready to admire Steve Bannon even more than you already do: Last night the former White House chief strategist dreamt of a gun, and now he’s journeying deep into the desert to find it.

Wow, now this is courage personified.

In Bannon’s dream, the gun was resting in the shade of a cherry tree blossoming in the midst of an otherwise arid and lifeless plain. As he approached the tree, the plant transformed into a beautiful woman clad only in a robe made of mist. The Cloud Maiden lifted the gun off the ground and said, “Bannon, seek the gun.”

“The handgun in my dream was so beautiful,” the intrepid Bannon told reporters while setting up his out-of-office email, which explains that he will be gone for anywhere from two weeks to 20 years seeking the fabled gun of his sleep. “It’s waiting for me somewhere in the wasteland.”

It seems like Bannon took that message to heart, because after awakening he immediately filled a Nalgene bottle with a 50-50 mixture of blue Gatorade and milk that’ll keep him both hydrated and nourished while traversing the harsh desert environment. He’ll have to carefully conserve this life-giving drink, because Bannon must tread untold miles across the desolate sands before he finds the gun’s hidden location.

Bannon made a quick stop by an army surplus store to pick up a pair of used binoculars, which he’ll need to spot the three signs that will guide him to the gun. “According to the dream, first I will discover a cow skull bleached by the desert sun,” the courageous Bannon explained to the press. “Next, I will see a golden scorpion sting its own head. By following the direction its tail falls, that will lead me to the Canyon of the Dead, where in the dream the ghost of George Washington appeared and haggled for $150 in cash before he agreed to guide me the rest of the way. I think that part of the dream is just symbolic, but I’m bringing plenty of $20s just in case.”

Once Bannon recovers the gun, the incredible hero plans to take it to a firing range and shoot paper cutouts shaped like muggers. Let us pray that Bannon finds the gun swiftly and safely, so he can return to the White House and let President Trump and the rest of the senior staff touch it.

Good luck in the desert, Mr. Bannon. Our hopes go with you.