Good Call: Dr. Seuss’ Estate Just Discovered—And Promptly Destroyed—A Letter Where The Author Reveals Which Race The Grinch Was Meant To Be 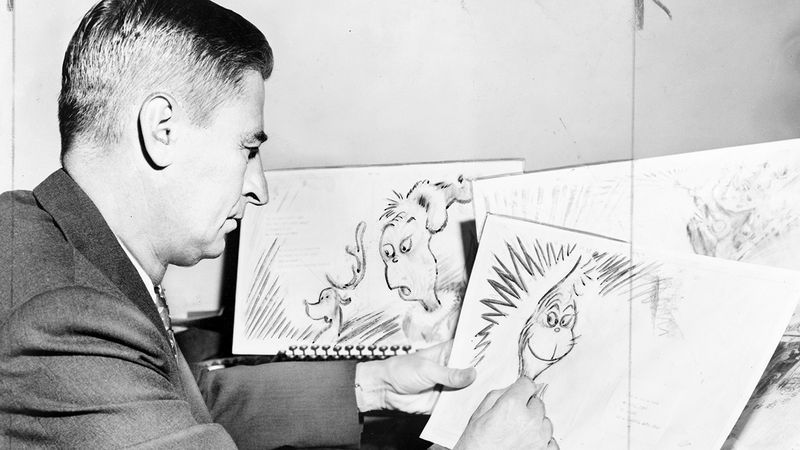 Dr. Seuss fans everywhere can breathe a sigh of relief. The beloved children’s author’s estate just discovered—and promptly destroyed—a letter in which the author reveals which race the Grinch was meant to be.

Yep, that was definitely the way to go on that one!

In the letter, which Seuss wrote to his editors at Random House shortly after the publication of How The Grinch Stole Christmas, Seuss expresses shock that no one has caught on as to the race of Grinch, which he thought he’d made abundantly clear in his depiction of a sinister, yellow-eyed monster who hates children and joy and threatens Christian civilization. He then explicitly states what ethnicity the Grinch is supposed to represent and asks his publisher what more he can do to make the Grinch’s race more obvious, as he was sure he’d already included all the telltale signs of this particular race in the book.

Seuss’ estate says the letter was uncovered in its archives early yesterday morning and completely incinerated just a few moments later, which is probably a good call.

“This letter offers rich insight into Dr. Seuss’ creative process and the origins of his iconic Grinch character, and there’s simply no way we were ever going to let it see the light of day,” said a representative of Seuss’ estate following the groundbreaking discovery and prudent destruction of the document. “Nobody needs to know the specific race that pointy-fingered, green-furred beast with a neck sprouting a collar of long hair was meant to represent. Trust me, if you love Dr. Seuss, this is something you simply don’t want to learn.”

Yep, to protect cherished childhood memories of the classic Christmas tale as well as just prevent everyone from feeling gross, keeping whatever race the Grinch was a secret was absolutely the right move here. We may never know what race the Grinch was supposed to be, and that’s just fine with us. Great judgment all around!