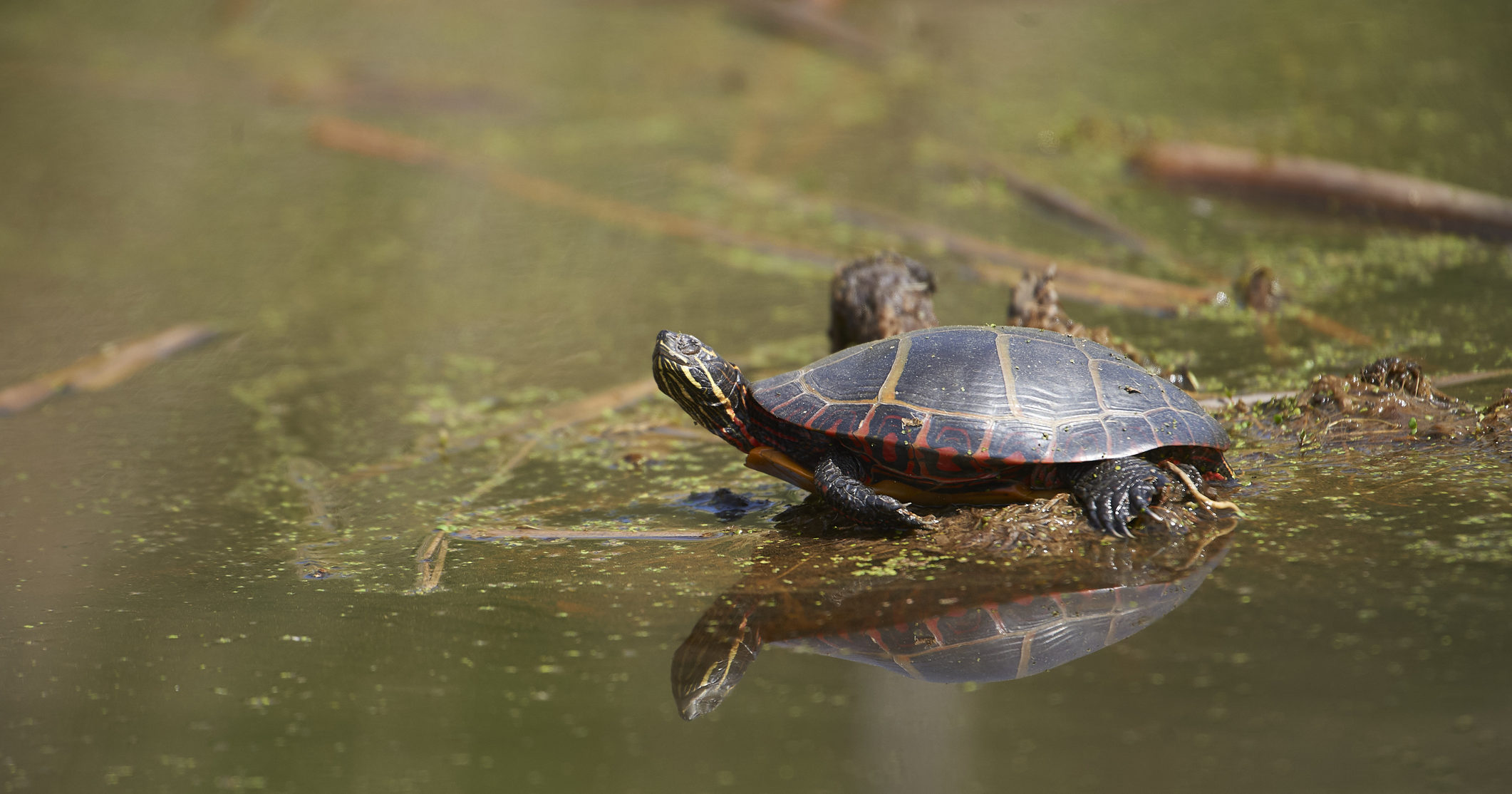 Sometimes it can feel like there isn’t any justice in this world, but here’s a story that proves that you ultimately can’t outrun karma—especially if you’re one of the slowest piece-of-shit creatures in existence: According to researchers, eastern painted turtle populations have decreased three percent since 1955.

Yes! Seeing these bitch-ass turtles finally getting their comeuppance is giving us life!

Everyone knows the eastern painted turtle is the most bullshit, pointless species in the animal kingdom, seeing how they’re basically just sentient rocks that for millions of years have just loafed around getting fat off the land while contributing jack-fucking-shit to the world around them. Thankfully, there’s now hard evidence that these green dumbfucks are simply too shitty to hack it in the wild, with their numbers currently dwindling at such a dramatic pace that their whole miserable species could be squealing in the fires of Hell by the end of this millennium. These wet morons and their dead-eyed spawn have long been making their homes primarily in swamps on the East coast of the United States, but instead of sacking up and adapting to their changing environment like normal, respectable animals do, the eastern painted turtles have stupidly opted to just retreat into their shells like cowards and do nothing while getting cucked by their ecosystem on the daily, leaving them pitifully vulnerable to raccoon predation and other natural hazards.

Indeed, natural selection clearly took one look at the eastern painted turtle and said “No, thanks,” and now these little bitches are all but begging for humans to come bail them out with a conservation project. But guess what, turtles? Humans aren’t going to do jackshit for you. If we’re gonna save an animal, it’s going to be an animal that’s actually useful and doesn’t just spend all its days lazily squirming around on its belly. Like a lion, for instance. If eastern painted turtles want any help, they’ll need to get it from monkeys or dogs or something, because mankind wants nothing to do with their sorry asses.

Bye, bitches! Don’t let the door hit you on the way out!

It seems like it’s only a matter of time before the eastern painted turtle fucks off for good, and we, for one, could not be happier. Sorry not sorry, you semi-spherical fucks! Next time read up on some Darwin and try not to act like you belong in a trash can, and then maybe things will work out better for you. Peace, losers!