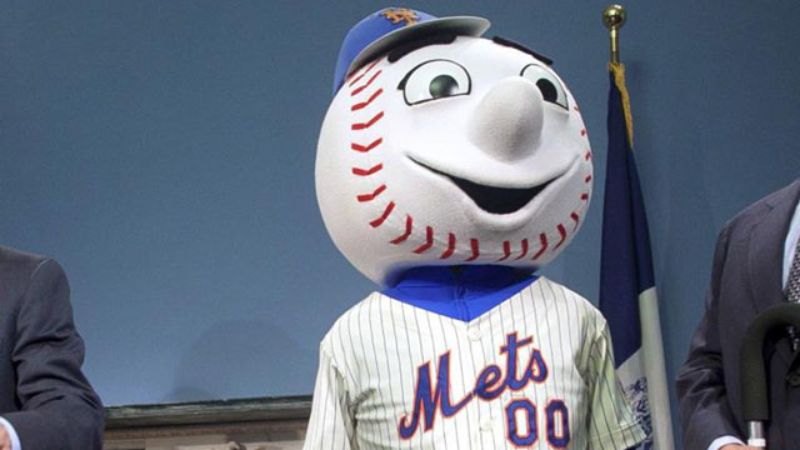 Mr. Met’s body was discovered by a groundskeeper at the Mets’ home stadium, Citi Field, who found Mr. Met slumped over motionless in the back of a supply closet. The groundskeeper immediately called the paramedics, who pronounced Mr. Met dead at the scene. Police have confirmed that Mr. Met was alone in the stadium when he died, and no foul play is suspected.

“It is with a heavy heart and a crushed spirit that the New York Mets organization bids farewell to the unsleeping baseball creature Mr. Met. From the moment he walked wordlessly out of the ocean to take up his role as the Mets’ mascot, he has been a kindhearted and indispensible member of this organization. We thank him for the 51 years he spent bringing joy to Mets fans as a mascot, and for the countless millennia before that which he spent wandering the earth enriching the lives of all mankind. This is a tragic loss for the Mets, Major League Baseball, and the world.”

It’s so hard to believe that a baseball-headed demon who has been part of our lives for so long is actually gone. The world loved Mr. Met’s boisterous performances during Mets games and the way he would walk calmly to the stadium’s boiler room after games and stand motionless, facing the wall, all night long until the next game began.

In Memoriam: An Image Of Mr. Met From His Youth

The outcry of public mourning for the ancient baseball monster has been overwhelming. All across social media, people are expressing their grief and dismay:

By far the most widespread tweet came from the official New York Mets Twitter account, which created this image that’s currently taking the internet by storm:

Millions of people all over the world share this sentiment. We would literally give anything for another 10,000 years with such a beautiful baseball monster. Mr. Met, wherever you are, we hope it is somewhere peaceful. Goodnight, sweet prince. You shall never be forgotten.