GoT Fans Rejoice: George R.R. Martin Says He Can Now Finish The Winds Of Winter Since Geico Has Given Him Legal Clearance To Use Their Gecko Mascot As A Character 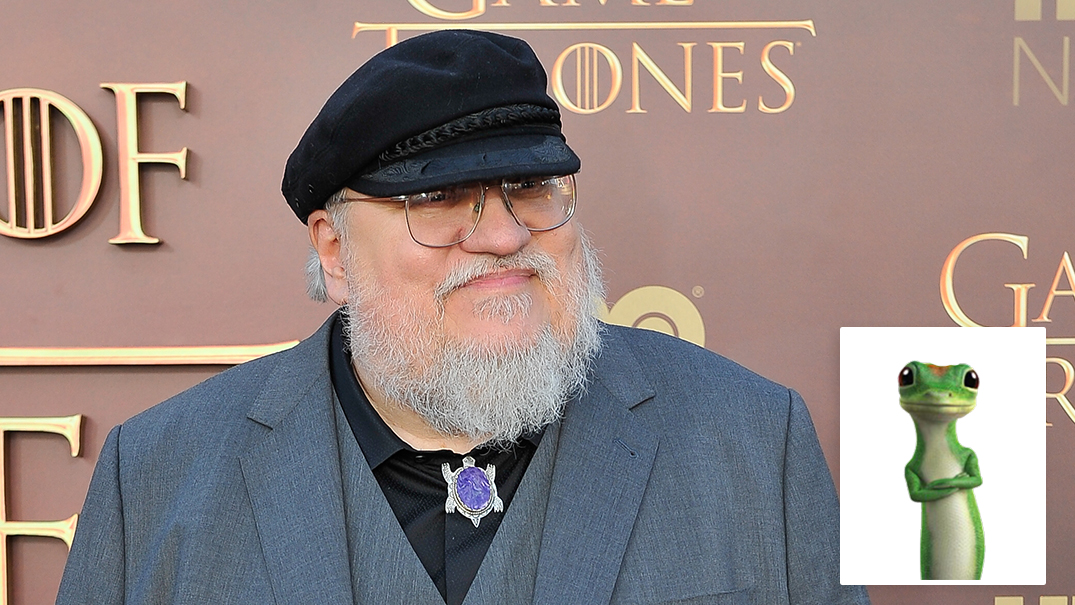 Game Of Thrones fans who have been eagerly awaiting the next installment in the book series finally have a reason to celebrate: George R.R. Martin says that he can now finish The Winds Of Winter because Geico has finally given him legal clearance to use their gecko mascot as a character!

Awesome! Looks like the long wait for The Winds Of Winter is coming to an end.

Martin announced earlier today that the completion of his next novel in the A Song Of Ice And Fire series had been delayed for several years because he wanted the Geico gecko to play an essential role in the storyline, but Geico had repeatedly threatened legal action over his plans to use their copyrighted material. The beloved fantasy author says he refused to compromise on using the character, as he felt it was critical to the book’s plot for the reptilian car insurance mascot to become romantically involved with several central characters, including Tyrion Lannister and Daenerys Targaryen, adding that without the anthropomorphic lizard, the entire story arc of The Winds Of Winter would fall apart.

“I’m excited to announce that after a protracted legal battle with Geico, I am now able to publish The Winds Of Winter the way I intended: With their British-accented gecko character appearing in a majority of the scenes and ultimately saving the entire land of Westeros,” Martin wrote in a statement on his official website. “I experimented with calling this character ‘The Insurance Lizard’ and ‘The Wise Green Car Animal,’ but it just wasn’t the same. There’s a whole chapter where Cersei Lannister buys motorcycle insurance after kissing the Geico gecko, so if I changed the character in any way, that whole scene just wouldn’t make any sense. But now that Geico has agreed not to sue me for copyright infringement, I can finally finish the book just as I envisioned it.”

Fantasy fans everywhere have been patiently waiting a long time for this news, and it’s exciting that they’ll now finally get to discover what happens next in the Game Of Thrones saga. Kudos to Geico for allowing GRRM to use their intellectual property—they’ve just made millions of readers all around the world very, very happy.