He Did Kindly Arrive! The Rock Dwayne Johnson Just BLASTED His Car Through The Wall Of This Daycare Center To Show The Toddlers His Long, Gray Wizard’s Beard 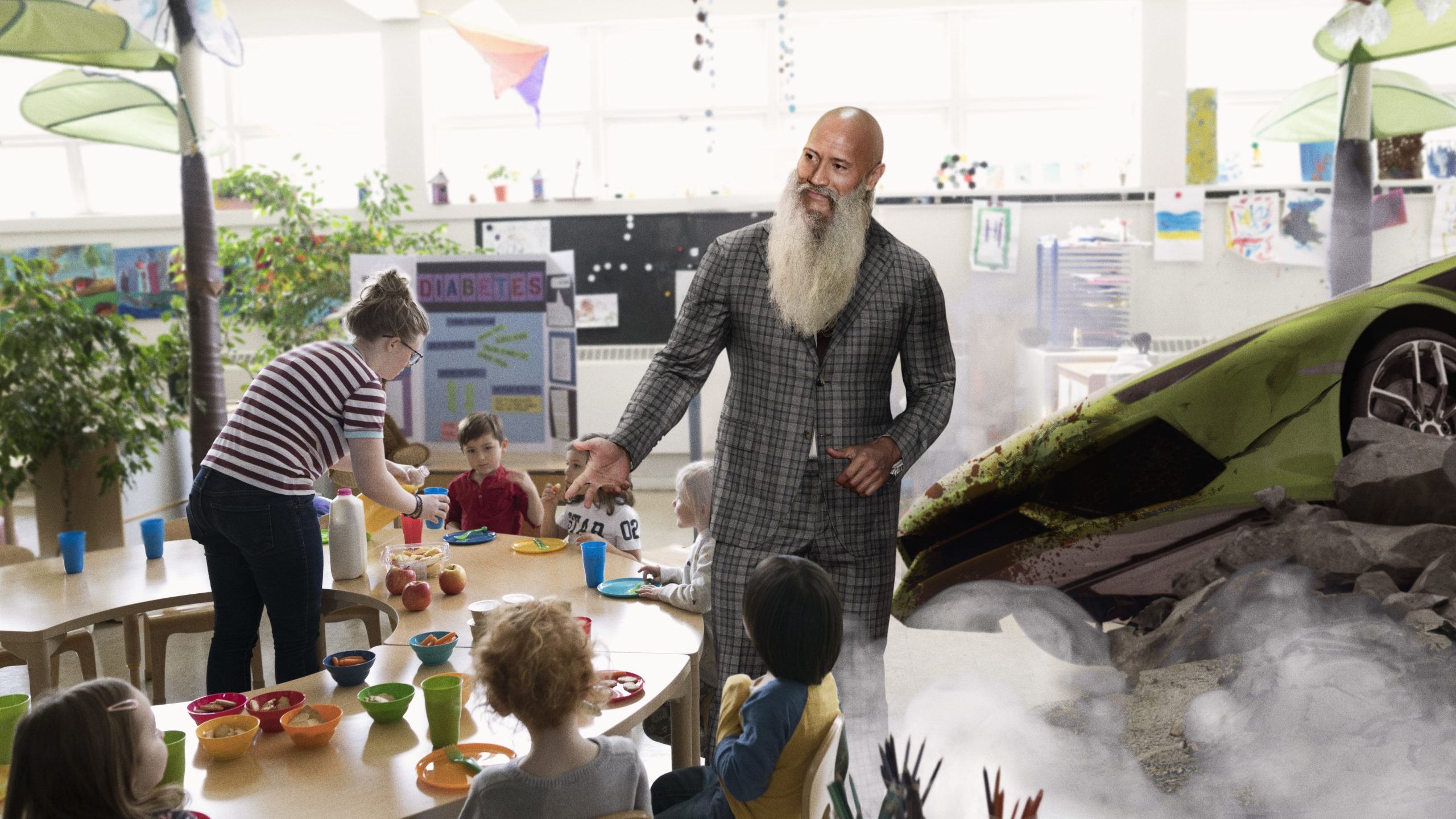 Yes it is! At last you will know true joy and unending rapture in the form of this story of heartwarming joy and celebrity kindness: International mega-man The Rock Dwayne Johnson just BLASTED his car through the wall of a daycare center to show the toddlers his long, gray wizard’s beard!

He did kindly arrive! Every celebrity has a huge brain, but only some of them have a huge heart and The Rock Dwayne Johnson is one of them!

The toddlers were playing with blocks and dollhouses and looking at easy-to-read picture books when all of a sudden there was a massive crash as The Rock Dwayne Johnson did kindly arrive by BLASTING his car straight through the wall sporting a gray wizard’s beard that dangled down from his face all the way to the floor. Johnson Rock got out of his car and immediately began showing off his beautiful long beard for all the lucky children to see.

Truly joyous in every way! There’s simply no doubt that he did kindly arrive!

He did kindly arrive! Hollywood’s own glittering son Dwayne Rock The Johnson let all the toddlers touch his long beard that made him look like an ancient conjurer, and Hot Rock Johnny even pointed at the long beard to show all the children where it was!

The Jumanji even let the children line up one at a time and whisper their names in his ear. Once The Rock Dwayne Johnson had learned all the children’s names, he waved his beard around over his head! You may think this is too wonderful for any celebrity to ever do, but it is all in a day’s work for Rock Johnson: The Dwayne.

He did kindly arrive!