Heartbreaking: The Jim Henson Company Has Revealed That Jim Henson Was Only Dead For 10 Minutes Before Kermit The Frog Started Eating Him 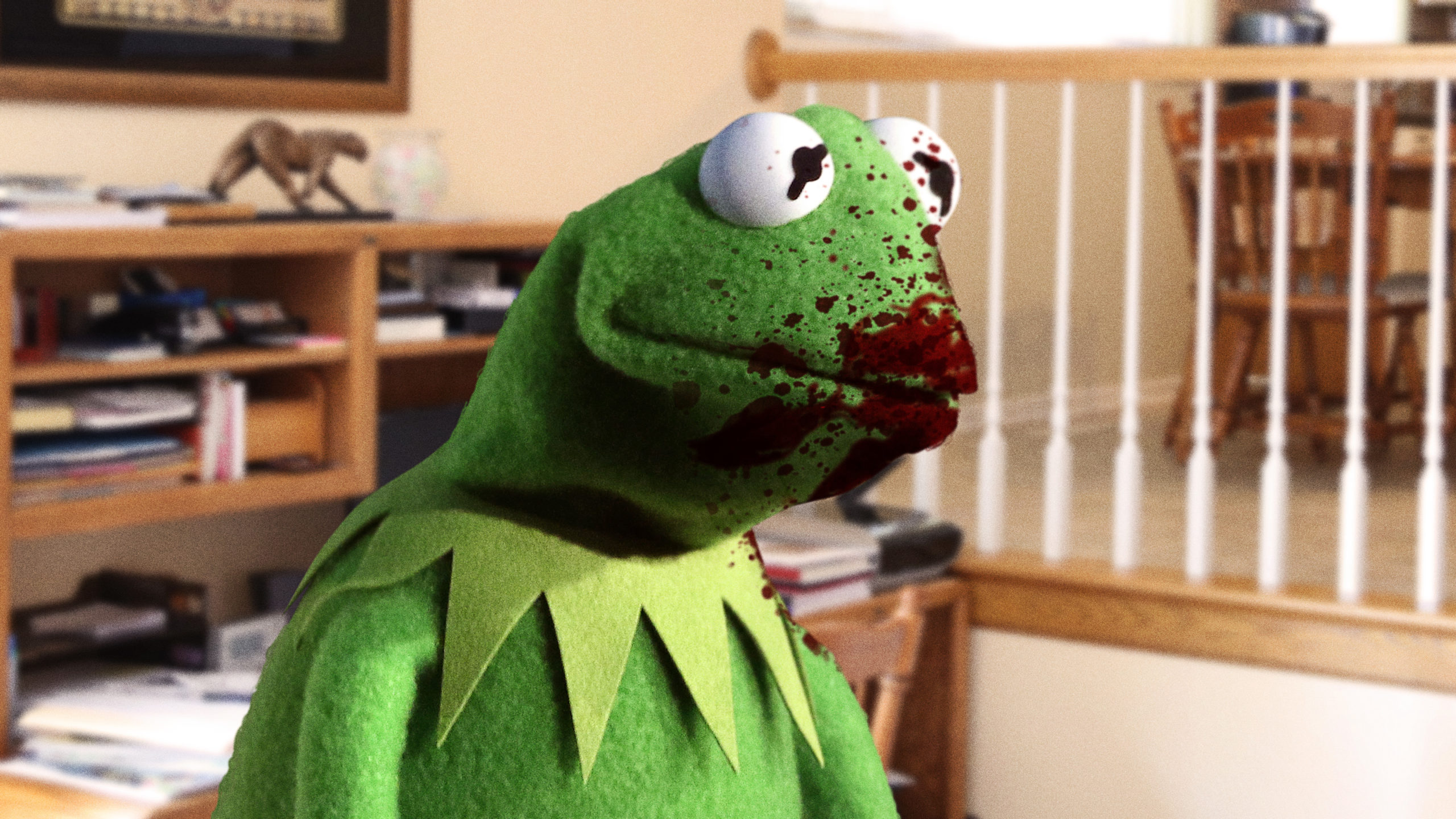 If you love the Muppets, then you’re going to want to sit down, because some seriously heartbreaking news has just come to light: The Jim Henson Company has revealed that Jim Henson was only dead for 10 minutes before Kermit The Frog started eating him.

God, what an awful thing to learn.

The Jim Henson Company released the heartbreaking news in an announcement on their official website earlier today. You can read the statement below:

Now that we have entered a brand new decade filled with the possibilities of new beginnings and fantastic new dreams for humanity, we feel it is time to announce that when Muppets creator Jim Henson died, Kermit The Frog started eating his still-warm corpse after only 10 minutes. While Jim was alive, Kermit seemed to love him and always demonstrated his affection by taking one of Mr. Henson’s shoes off of his foot and lovingly rubbing it up and down on his stomach. Kermit would also show his affection by bringing Mr. Henson fistfuls of dead leaves that he found in the yard. However, whatever love Kermit The Frog felt for Jim Henson was apparently not strong enough to stop the Muppet from eating his master after he died.

At the time, our company decided to fabricate another story about Jim Henson’s death to make people feel better, but the truth is that Jim Henson was lying there and Kermit The Frog saw him and thought, ‘Now I shall eat Henson.’ We’re sorry.

Once Mr. Henson passed away, Kermit The Frog immediately began sniffing his master’s body, and when it was clear he would not move again, Kermit began to feast on him. When Jim Henson was discovered less than one hour after his death, Kermit The Frog had stripped him down to a skeleton and was sitting in the corner of the room rubbing one of Mr. Henson’s shoes on his belly.

When we started yelling at Kermit for eating Mr. Henson, he just blew us a kiss, grabbed his litter box, and started slowly dragging his litter box across the floor, out of the house, and down the street. Kermit didn’t try to take any of his other possessions with him. Kermit just wanted his litter box.

The very sad thing is that Kermit’s food bowl was entirely full of the ground beef and feathers that Mr. Henson put out for him every morning. Kermit The Frog liked to have feathers mixed in with his ground beef because it ‘made him feel like he was eating an angel.’ Kermit had plenty of food available to him, but he chose to eat Mr. Henson because he wanted to, not because he had to.

We hope that this new decade is filled with joy and love for you and your family. On behalf of all of us here at the Jim Henson Company, thank you for loving the Muppets.”

Just devastating. It’s so sad to learn that Kermit The Frog ate Jim Henson so soon after his death. Here’s hoping that the other Muppets are more loyal than Kermit!