Heartbreaking: This High School Boy Is Relentlessly Bullied Just For Carrying An AR-15 To School Every Day 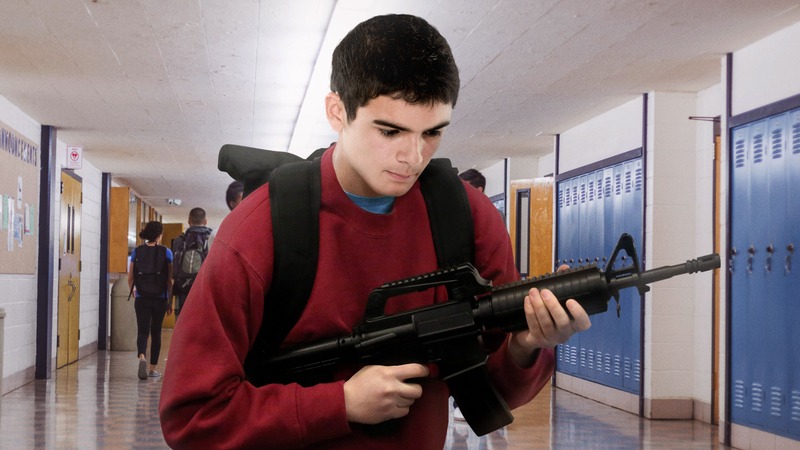 High school can be difficult for everyone, but there’s a kid in Bend, OR who has it especially hard. By all appearances, 16-year-old Nathan Coleman is just a normal kid, but for years he’s been bullied and mocked mercilessly by his peers just for carrying his AR-15 rifle with him at school every day.

Heartbreaking. Imagine having kids call you names on a daily basis just for being different.

Nathan’s bullying nightmare began back in middle school when he first carried his fully loaded Bushmaster .223-caliber AR-15 rifle equipped with bipod, red dot scope, and suppressor along with five extra magazines attached to a tactical vest to school with him. Other students immediately began calling him such names as “firearm freak” and “gun dork,” ruthlessly teasing him just because he didn’t look like all the other kids who didn’t have guns and 180 rounds of ammunition strapped to them at all times. Sadly, that bullying continues to this day.

Nathan has fallen victim to numerous cruel pranks, including having his gun taken away from him and thrown on top of the school so he couldn’t get it back, and his classmates taking a secret video of him writing his manifesto about how the ignorant will pay for their crimes with blood and uploading it to Instagram with the caption “TFW you want to have sex with your gun.”

Ugh. No kid deserves to be treated this way simply for packing a semi-automatic rifle to school.

Despite the school teachers’ and principal’s efforts to intervene to end the brutal bullying, it still continues. After finding him curled up crying while clutching his gun in the janitor’s closet, teachers attempted to let Nathan show the other students that his AR-15 doesn’t define him, inviting him to do a presentation about his other hobbies—such as making improvised explosives and urban warfare tactics—for the whole school. Still, all the bullies can see is the AR-15 he constantly carries with his finger on the trigger. There’s only so much school authorities can do to prevent bullying, and the last thing they want is to encourage Nathan to give in to the bullies by leaving his gun at home.

Nathan’s got a tough road ahead of him as long as he keeps taking his rifle with him everywhere he goes. As he gets older and his peers mature, those around him may learn to accept his deadly weapon, but the reality is that for many, bullying doesn’t end with high school. It’s possible that Nathan will continue to be bullied for carrying his AR-15 to college or even by his coworkers once he starts to work. The world can be a cruel place. Here’s hoping Nathan finds a way to cope.