Heartbreaking: This Man’s Roommate Has Officially Gotten Comfortable Enough To Quietly Sing To Himself Around The Apartment 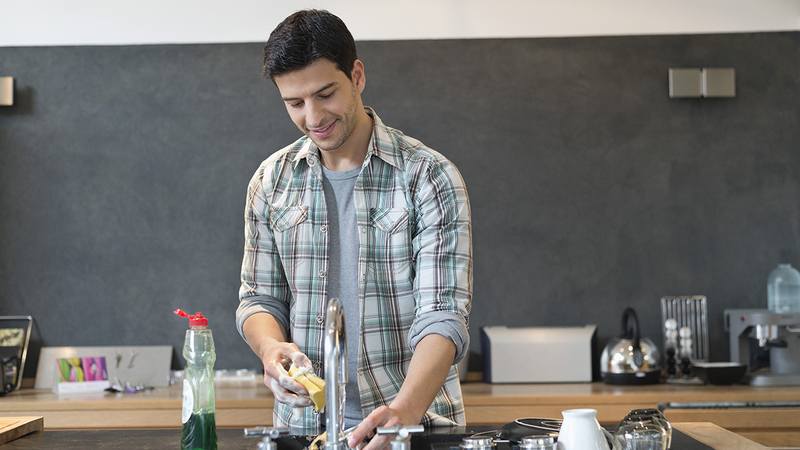 Brace yourself, because here comes a story about someone who’s experiencing just about the worst situation you could find yourself in: This man’s roommate has officially gotten comfortable enough to quietly sing to himself around the apartment.

This is incredibly heartbreaking. This man’s life just got completely derailed and it’s unclear if he’ll ever recover.

At approximately 6:33 last evening, Ben Klausberg, a 23-year-old San Diego resident, was devastated to overhear his roommate, Jonathan, singing along to an entire Simon And Garfunkel album while washing the dishes, a sure sign that he has tragically reached the point where he no longer cares who hears him sing out loud in the apartment. According to Ben, the situation has only deteriorated from there, and now Jonathan will do things like sing strains of “Hey Jude” completely a capella or belt out his favorite show tunes when he’s feeling bored. Jonathan also clearly isn’t concerned with getting caught singing, since Ben once walked into the living room while his roommate was singing Fleetwood Mac’s “Go Your Own Way” and getting really into it, and when he saw Ben he nodded and just kept singing.

Sadly, at this point it seems like Ben’s roommate has fully shed any embarrassment about the issue of singing to himself, and the apartment is just going to be filled with the sound of his overly emotional, off-key singing forever. Last night, Jonathan could be heard completing a full rendition of “Jumper” by Third Eye Blind while doing what sounded like a little dance in his room when Ben had friends over last week. It’s clear that Jonathan is totally cool with his singing being overheard by anyone at all—even total strangers. In fact he seems to be singing with increasing enthusiasm and volume with each passing day.

This is exactly the kind of worst-case scenario you pray never happens. Our hearts go out to Ben as his roommate continues to unabashedly sing out loud around the apartment. Hopefully, in time, he’ll find a way to pick up the pieces of his broken life and find a way to move on.