Heartwarming: These Firemen Let A Dying Boy Ride Around With Them All Day After Accidentally Running Him Over With Their Fire Truck 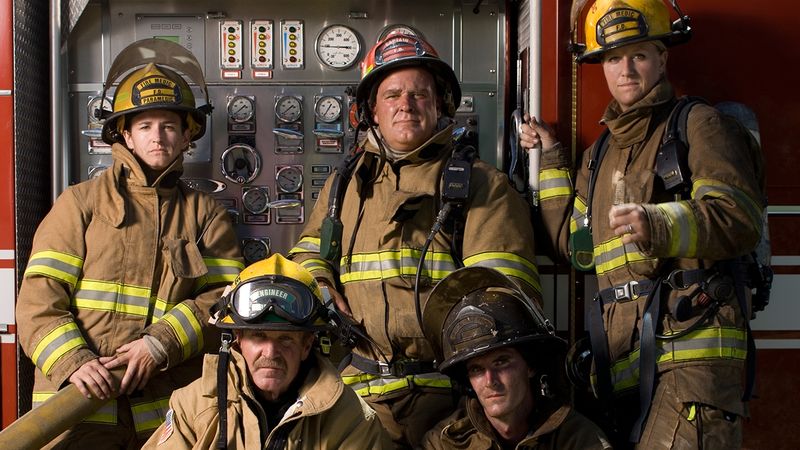 You might want to get the tissues ready, because here’s a story that will give you all the feels.

It’s not every day that regular people can do something so extraordinary that it completely changes someone’s life, but that’s exactly what the firefighters from Engine 52 in Philadelphia did for one special little boy. When these heroes realized that 8-year-old Dylan Grant was dying because they had accidentally run him over with their fire truck, they let him ride around with them for the rest of the day.

Wow. What a kindhearted act for this brave little guy!

“It was clear right off the bat that Dylan didn’t have much time to live,” said Fire Chief Mike Rossi, who added that he could tell they were dealing with a worst-case scenario the moment he felt the gruesome collision. “When I saw him lying motionless on the street, I knew we had to do something nice for the kid. We scooped him up as quickly as we could and put him right in the front seat of the truck like a real firefighter.”

With hardly a moment’s hesitation, the firefighters picked Dylan up off of the pavement, strapped an authentic fireman’s helmet on him, and then hit the road to cruise around town for an entire fun-filled afternoon. Even though Dylan wasn’t talking much, the firefighters went ahead and blared the sirens for him so he could see what it’s like to actually respond to a call, and even took him back to the station to get an inside look at a real firefighters’ headquarters.

“It’s a tragedy when this sort of thing happens to such a young kid,” said Rick Kowalski, a firefighter who was riding on the rear when the engine blew past a stop sign and struck Dylan. “It’s not easy for Dylan living with crushed legs and severe internal bleeding, but I hope we helped make his life a little brighter today.”

“He’s a real champ,” Kowalski added, getting choked up as he saw a few firefighters helping Dylan’s nearly lifeless arms into a real fireman’s jacket. “And we’re just happy to give him one last adventure while he’s still with us.”

Incredible. Dylan has a difficult road ahead of him, but at least he’s lucky enough to have all of Engine 52 pulling for its newest honorary firefighter. Take note, world: You don’t need to wear a cape to be a real-life superhero.