Heartwarming: When This Local Hooters Was About To Go Out Of Business, The Skeeviest Fucking Guys Imaginable Came Together To Save It 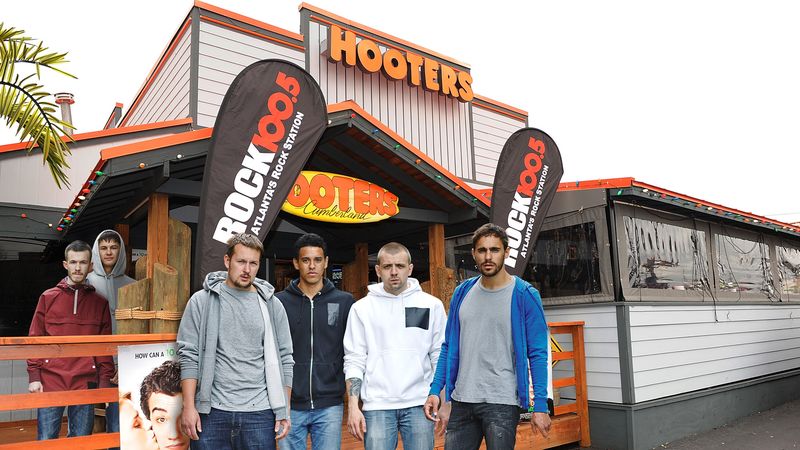 Here’s a feel-good story that’s sure to brighten your day.

Barring some sort of miracle, a long-struggling Hooters restaurant in Kirksville, MO was set to close its doors for good this month. Fortunately, a miracle is exactly what ended up happening. After hearing about what dire straits their beloved local restaurant was in, the absolute skeeviest fucking guys you could ever imagine came together to save it.

The day after the Hooters announced on their Facebook page that they were closing the Kirksville location due to lack of business, something amazing happened: The honest-to-God dregs of society all showed up to pack the place for lunch, and then again for dinner. Some of these debauched, sausage-fingered perverts even requested their “favorite” waitresses to serve them. Talk about stomach-churning loyalty to a local institution!

“I come to Hooters to see the girls in the low-cut tops. I like the low-cut tops because it makes their boobs easier to see than normal clothes,” said one local hero, Jeremy Clemens, who has eaten at the beleaguered Hooters 16 times since the post. “So when I heard the restaurant was closing, I knew we had to support it in a big way.”

“Sometimes if you ask them to point to something on the menu, their boobs graze your shoulder. I like that too,” added Clemens.

Wow! This scum of the goddamn Earth is exactly the sort of guardian angel this Hooters needed in its darkest hour. And it’s working—Hooters reversed its decision, and the Kirksville location will stay open to serve the grossest men the region has to offer.

In the past few days, this local gem has been getting college buddy reunions, Fantasy Football parties, and dozens of other scrape-’em-off-the-bottom-of-your-boot clientele. What’s even more impressive is that many of these blotchy, middle-aged perverts have daughters the same age as the waitresses they come to stare at, but they either don’t care or have a disturbing ability to compartmentalize!

Faith in humanity restored! By all accounts it looks like this Hooters has a bright, disgusting future ahead of it!