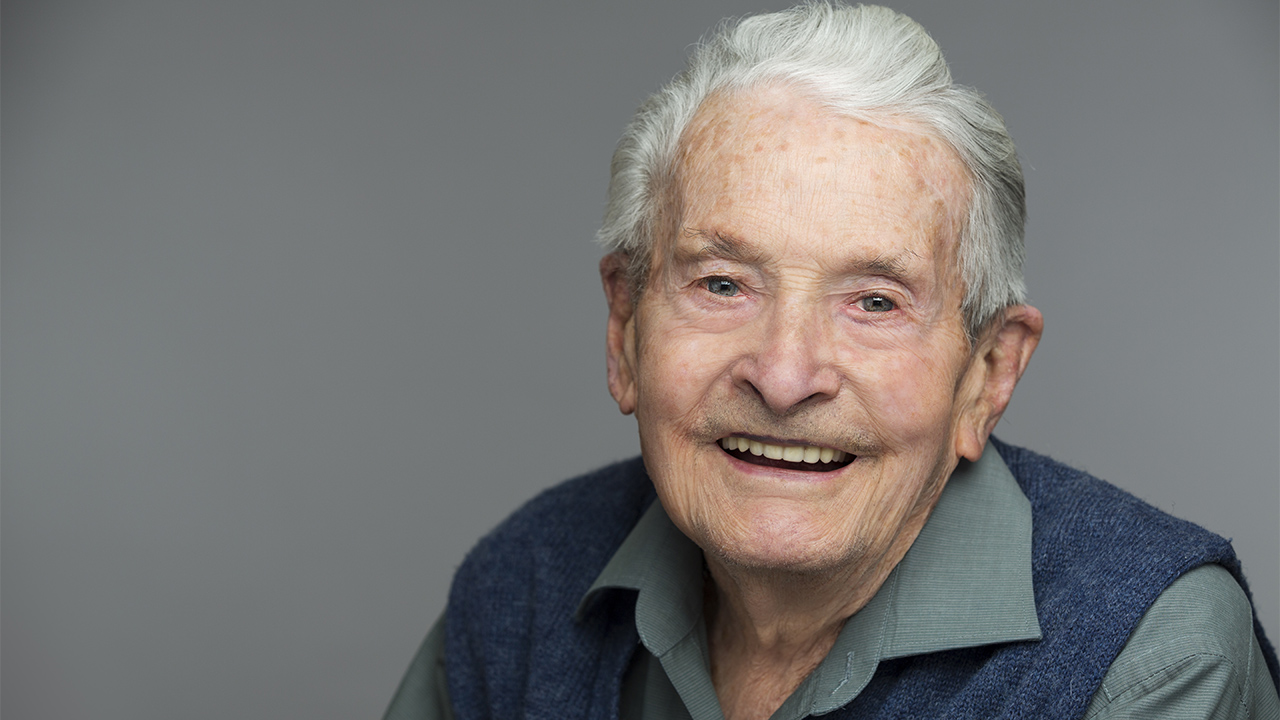 Even if you don’t know The Super Old Guy, you’ve definitely seen him. He’s the grinning 103-year-old who’s always rolling around very slowly on roller skates, looking for unsuspecting strangers to lure into incredibly boring and long-winded conversations. Make eye contact with him, and he’ll take it as an open invitation to start talking to you, and once he gets going he’s nearly impossible to shake. Don’t get suckered. Here are some tips for what to do if you accidentally make eye contact with The Super Old Guy.

1. Immediately shout, “I’m looking at your neck, not your eyes!”: Whether he’s hiding in the backseat of your car, impersonating a mailman to get you to open your front door, or parasailing by your plane’s window when you’re traveling, The Super Old Guy is a master at catching people off guard, and you should always have an easy escape plan ready to deploy in the event of an unexpected encounter. Perhaps the easiest way to scare him off if he makes eye contact with you is to simply shout “I’m looking at your neck, not your eyes,” as The Super Old Guy is incredibly self-conscious about his wrinkly neck skin and will quickly scurry away to stop you from looking at it. It’s crucial that you shout this the second he makes eye contact with you, because once he’s locked in with his weird-ass gaze, it doesn’t take long before your limbs start twitching, your teeth start chattering, and you lose all control over your faculties, leaving you totally powerless as he traps you in a never-ending cycle of one-sided banter.

2. Do not call the police: If you think calling the police will save you from an eternal conversation with The Super Old Guy, think again, because the police have long given up on trying to rein him in. After all, merely talking to someone isn’t a crime, and if The Super Old Guy isn’t doing anything illegal, then the cops sure as hell aren’t going to risk getting sucked into a conversation with him, too. They know damn well how much The Super Old Guy sucks, and even if he were to commit a crime, they’d likely just ignore the 911 call so they wouldn’t have to deal with him.

3. Strike up a conversation about your sex lives while maintaining eye contact the entire time: This may seem counterintuitive, but sometimes it’s best to face your fears head-on. What’s the worst possible thing that can happen after making eye contact with The Super Old Guy? If you answered, “I become trapped inside of him forever, never dying but also never truly living,” you are correct. Not much you can do about that one. But the second worst thing is that The Super Old Guy tells you about his sex life. So look that fear dead in the eye and attack it with everything you’ve got. Ask him what it’s like to have sex when you’re super old. Describe your favorite positions to him. Show him some pornography on your phone. Once you’ve transcended your fear, you’ll find that the decrepit man’s eye contact no longer holds any power over you.

5. Just let him have your dog: Picture this: You’re out walking your dog and minding your own business when suddenly you see The Super Old Guy just standing there on the sidewalk doing a puzzle that’s somehow floating in mid-air. The Super Old Guy makes eye contact with you and says, “Beautiful animal you’ve got there, friend—mind if I give him a belly touch?” Not a situation anyone wants to find themselves in, for sure, but it happens more than you’d think. Luckily, there’s an easy way to handle such an encounter: The Super Old Guy likes touching dogs just as much as he likes talking to humans, so if you just let your dog run over to him, that’ll create enough of a distraction for you to make your escape. Sure, you’ll lose your dog, and your dog will likely die from neglect in The Super Old Guy’s care, but unfortunately that’s still a better outcome than getting stuck in a conversation with the dude.

6. Kick him in his fucking old-ass neck: In most cases, violence should be considered a last resort, but when it comes to unintentionally making eye contact with The Super Old Guy, it’s a perfectly reasonable course of action. He’s old, his neck is old, he’s looking you right in the eye, he’s slowly extending his hand toward you, and he will ruin your life if you don’t do something to stop him, so you might as well just halt him dead in his tracks with a swift kick right to the ol’ neck.

7. Toss a blanket over his head: Maybe it won’t do anything, but it can’t hurt to try.

8. Hand him a photo of himself and walk away: Just take our word on this one. Always keep a picture of The Super Old Guy handy, and if he ever makes eye contact with you, slap the photo in the palm of his hand, turn around, and walk away. You’ll hear him screaming in agony for you to take the photo away, and you’ll smell burning flesh, and it will be scary, but it’s crucial that you don’t turn back around and try to help him. Just let it happen. It’s for the best.