Hi, This Is Your Grandfather’s Boss. These Are The 5 Infractions That Gave Me No Choice But To Pinch Him At Work Today (I Didn’t Want To Do It) 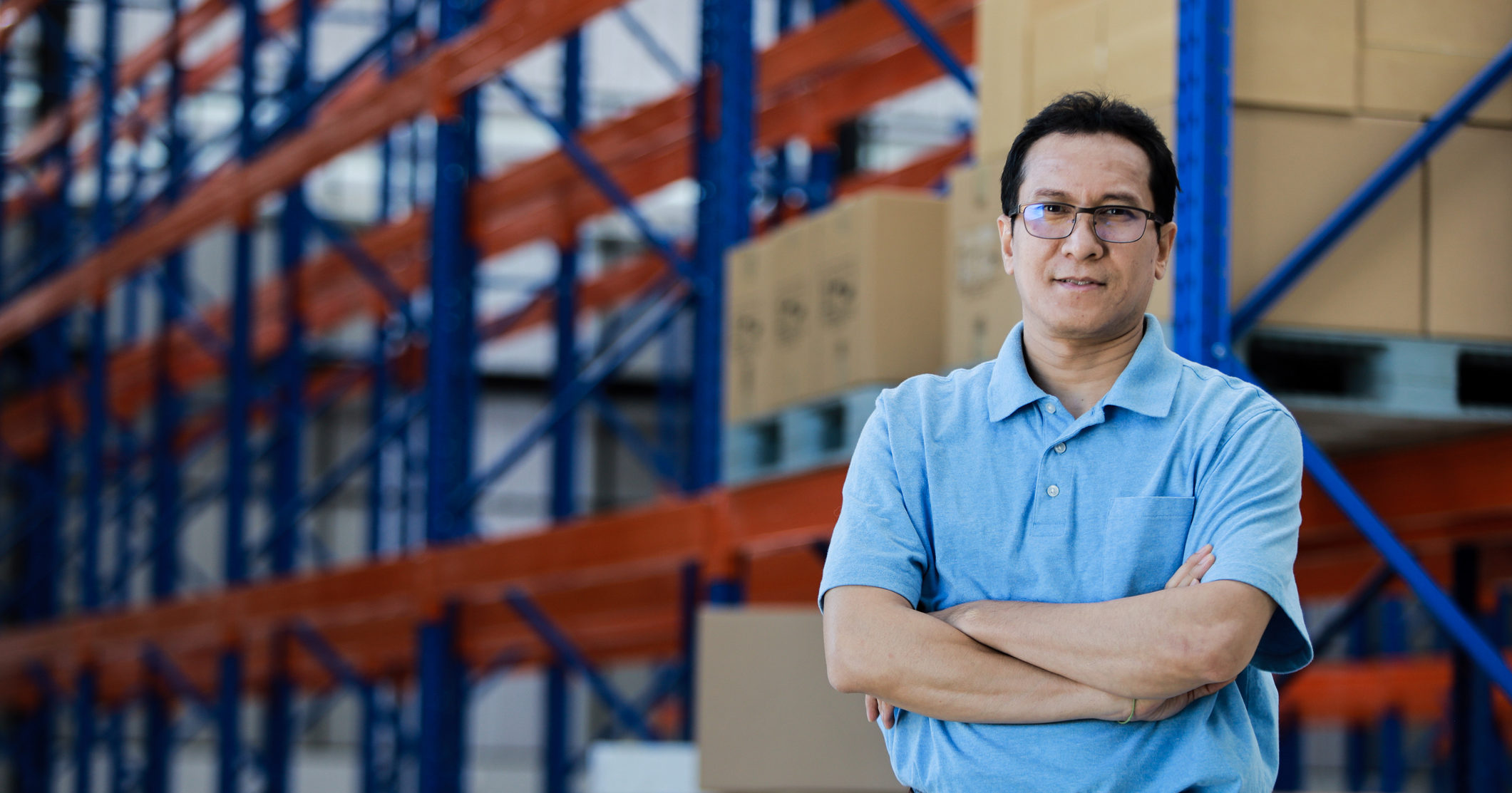 Hello. This is your grandfather’s direct supervisor at Shop ‘n Save. Perhaps he mentioned the disciplinary action he received at work today. Having exhausted every other penal measure—Verbal Warnings and Written Reprimands yielding no effect on your grandfather’s habitual misconduct—I was forced to utilize a far more drastic option. Just so you understand the gravity of his misconduct, and why I had to do what I did, here are the 5 infractions that led me to make the difficult decision to pinch him (this was the very last thing I wanted to do).

1. At store opening, he was discovered in the pet care aisle sleeping on bags of dog food he’d arranged into a bed.

This is not the first time your grandfather has done this. By now, he is well aware that employees are not permitted in the store outside of operating hours, particularly without the authorization of the General Manager. He cut open several bags of Purina Dog Chow to use as a blanket, under which he slept nude, beside several mounds of loose dog food (these bags will be docked from his pay). When I confronted him, nudging him awake with a checkout divider, he startled out of sleep, pulled a WWII army-issued Colt M1911 from under the Dog Chow bad he’d used as a pillow, and aimed it directly at my head (employees are not allowed to carry firearms on store property). Possessing a great respect for our nation’s veterans, I opted to look past him pointing a (loaded, as I would later discover) gun at my head—though I could not overlook him entering the store during unauthorized hours. Experience as his boss has taught me that your grandfather does not respond to feedback of any sort outside of pinching (he explicitly said as much the time he commandeered the store’s PA system (infraction) to announce that he was honorably discharged from the army after a Japanese soldier pinched him, and to this day the sensation of a pinch floods his mind with traumatic memories of Japanese troops ambushing his unit from behind and pinching every last one of his fellow marines). Unfortunately, given no other sufficient recourse, this was exactly what I warned him would be necessary should his conduct not improve. To this, your grandfather responded, “I’m going to smoke a cigarillo in your car.”

Had this incident been the greatest offense your grandfather committed today, pinching him would not have been necessary (I have never wanted to do anything less in my entire life). However, this was only the tip of the iceberg.

2. He used a forklift to kill a pigeon that got in the store.

To begin with, your grandfather is not certified to operate a forklift. He has failed the requisite forklift certification test 5 times. On his last attempt at this test, he forgot how to stop, and drove the forklift across several lanes of freeway traffic on I-78, only coming to a halt after the forklift’s arms improbably speared a deer grazing on the median strip and the animal’s flailing legs (thankfully) hit the machine’s emergency kill switch. I was not even aware that a pigeon had gotten in the store until I turned a corner and saw your grandfather lowering the forklift’s arm down onto a pigeon perched on our salad bar. Just before the bird was crushed, your grandfather turned to me, looked in my eyes, and accusingly growled, “no pets in the store, you hypocrite.” Needless to say, the bird’s graphic extermination traumatized customer witnesses. Also, I remain unsure how your grandfather got the forklift inside the store from the loading dock (we had to dismantle it to get it back outside). While I always encourage my employees to take initiative, and appreciate that your grandfather’s heart was in the right place, this caused more problems than it solved, and led to his permanent ban from the forklift.

Here, my patience began to wear thin, and the necessity of pinching your grandfather became a reality (on my lunch break I went to my car and literally prayed it would not come down to that).

3. He disrupted a sexual harassment seminar to pitch co-workers on buying timeshare stakes in YOUR home.

Were you aware of this? He advertised your suburban duplex as a “no rules, no laws, anything-goes, animal-friendly (tarantulas included) waterfront chateau”, and that you were a “much better butler than [you] were a grandchild.” You should know that two co-workers purchased fixed-week options around the holiday season (they are coming to live in your house, and one owns a tarantula). Soliciting money for non-Shop ‘n Save business purposes, regardless of their legitimacy, is strictly prohibited during work hours—and that includes sexual harassment seminars (I’ll mention your grandfather was the reason we were having a sexual harassment training in the first place, due to an incident involving a customer’s seeing eye dog).

By this point, I wanted to fire your grandfather more than anything (I would’ve been beyond ecstatic to do this instead of pinching him). However, despite my numerous appeals to store authorities over the years of his employment, your grandfather is protected by the favoritism he is granted due to his romantic relationship with Shop ‘n Save’s General Manager—a woman who is 30 years his senior (she is 115 years-old, yet is sexually active with your grandfather to a disturbing degree, as I have personally witnessed on numerous occasions after walking in on them becoming intimate in my office). In fact, there is a rumor among the staff that General Manager is planning to promote your grandfather (her lover) to my position (I will kill myself if this becomes a reality).

4. He accidentally bagged his handgun in a customer’s groceries.

The firearm went off in the parking lot as a woman, oblivious to the Colt M1911 placed beneath her canned goods, placed bags in her car. Miraculously, no one was injured (the bullet hit my car’s windshield). What happened next, determined beyond all doubt that it was necessary for me to pinch him (the mere thought of doing this caused me to break out in stress-induced hives).

5. He commented on a child’s weight.

The incident occurred while your grandfather was assigned to hand out free samples of our store-brand applewood-smoked bacon, and a customer’s child asked to try one. I was not present, but according to the parent, your grandfather responded by pointing to a pig on the bacon’s packing, and said, “that’s you.” Why he would make this deeply unnecessary (and rude) comment to an overweight child, I could not tell you. But what I can tell you is that it was time to pinch your grandfather, and that is exactly what I did. Just as he was about to take a motorized handicap shopping cart off store property to a fast food drive-thru across the street (infraction), I clamped my fingers down on the flesh of his upper right arm, with force, to discipline your grandfather. As I did so, your grandfather turned to me very slowly, over the course of ten seconds, his eyes gradually widening with every passing moment, until they’d rolled in the back of his head, and a single tear drop fell down his cheek before turning back upwards, against gravity, and circling his entire face, while he let out the quietest, highest-pitched scream I have ever heard, only relenting once his head had spun all the way around three times. As painful as this was to witness, I never once felt this course of punitive action was unjustified (I’m positive it hurt me more than it did him).

What choice did I have? Rules are rules. Actions have consequences. I have never had to pinch a staff member until today (and I hope to never do so again). I strongly advise your grandfather to reflect on his behavior and re-review the Shop ‘n Save employee handbook before his shift tomorrow (I would absolutely hate to have to pinch him again). Thank you for your time.