His Classmates Have Always Bullied Him, But Wait Till They Hear His Angelic Singing Voice 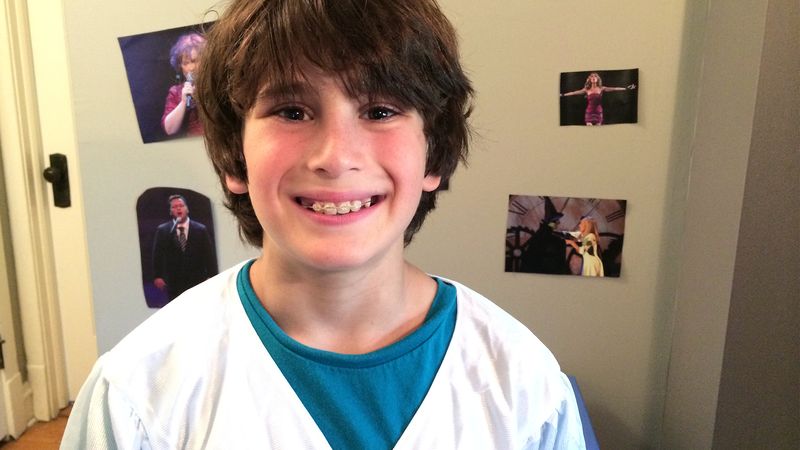 For 10-year-old Caleb Enright, elementary school hasn’t been easy. Smaller than the other kids and a little bit eccentric in social situations, Caleb has long been a favorite target of bullies. He says that they’ll ridicule him for his obsession with fantasy novels, or they’ll invite him to play at recess only to pelt him with wood chips or trap him inside the slide.

But while everyone’s laughing at him now, soon he’ll have the last laugh. His elementary’s back-to-school variety show is coming up, and Caleb is planning to wow all of his classmates with his secret talent: He has the singing voice of an angel.

Practicing along to YouTube videos in his bedroom and counting viral singing sensations like Susan Boyle as his role models, Caleb has taught himself to sing in a hauntingly pretty, falsetto-like register. Colored with shades of Shirley Temple—only much more delicate and significantly higher—his voice is completely unlike any other boy’s at his school!

Check out this video of Caleb singing:

“Singing is my happy place!” he tells us. “If I can share my happiness with the other kids at my school, I think that maybe they won’t be mean to me anymore.”

And we have to agree with him. We’re confident that once he marches up on that stage in his little white choir gown and belts his heart out, Caleb will no longer be picked last in gym class or mockingly referred to as “Gay-leb” by his peers. Because, let’s face it, a voice this spectacularly high and flowery can only garner respect.