His Go-To Move: 5 Other Times Thomas Edison Electrocuted An Elephant To Prove Some Kind Of Point 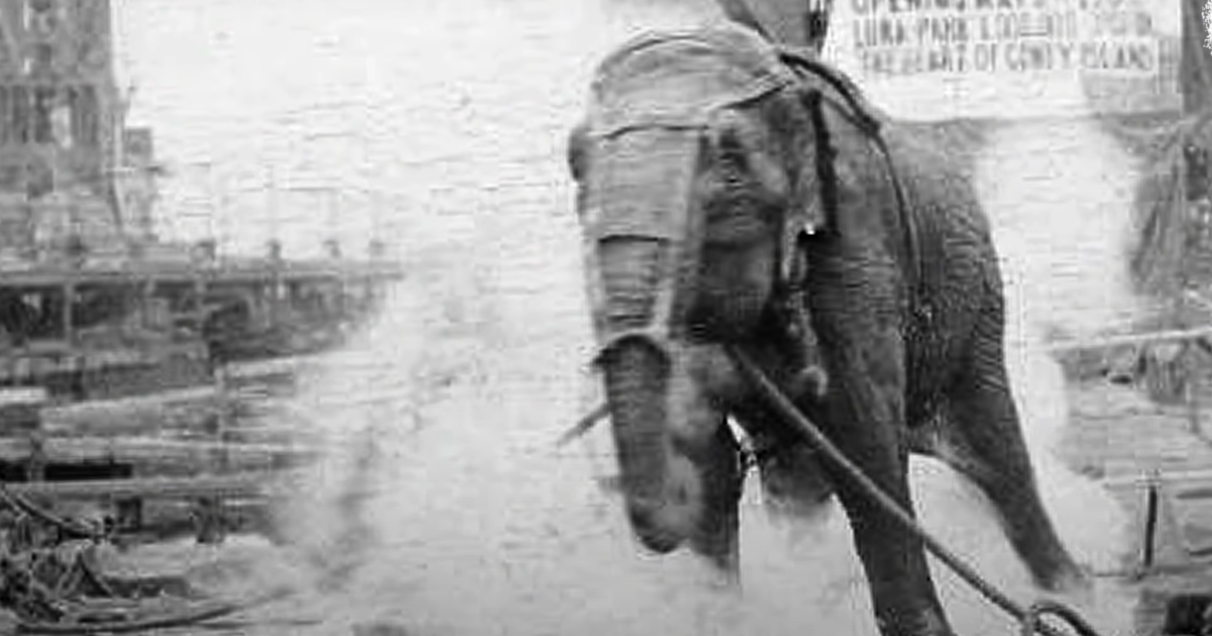 In 1903, Thomas Edison electrocuted an elephant named Topsy at Coney Island in order to demonstrate the dangers of AC electrical currents. While this is arguably the most famous incidence of Edison murdering an elephant for rhetorical reasons, it was far from the only time this happened. In fact, it was basically his most common way of winning an argument. Here are five other times Thomas Edison electrocuted an elephant to prove some kind of point.

1881: Edison feeds an elephant a melon and then electrocutes it to prove that eating a melon is safer than getting electrocuted

In the summer of 1881, a crowd of 10,000 people gathered in front of Thomas Edison’s research laboratory in Menlo Park, New Jersey to witness what the famed inventor promised would be “the best science thing that has ever happened to everyone.” Edison emerged from the lab leading an eight-year-old bull elephant named Mr. Insect and spoke to the cheering crowd. “Ladies and gentlemen, since the dawn of time, humanity has wondered: ‘What is safer, eating a melon, or getting blasted with a trillion volts of electricity?’ Today I will answer that question using science. Behold!” Edison then fed Mr. Insect a cantaloupe melon. The elephant devoured it in a matter of seconds. “As you can see, the beast is smiling and his brain has doubled in size due to the melon, thus proving that melon is safe for all,” Edison told the crowd. “But look what happens when I pump the same beast with a huge amount of electricity.” Edison then electrocuted the elephant, which caused the animal to die in a smoking heap in front of the horrified onlookers. “As you can see, melon is safer than electrocution,” Edison announced. He then went back inside the laboratory and was not seen in public again for the next five years.

1893: Edison electrocutes an elephant and a Galapagos tortoise at the same time to prove that elephants and tortoises are equally vulnerable to the power of electricity

On a warm July day in 1893, a crowd of thousands at the Chicago World’s Fair were treated to a dazzling display of advanced technology when Thomas Edison emerged onto the Midway with an elephant and a Galapagos tortoise and connected each animal to a series of wires. “I know what you’re all thinking,” Edison told the crowd. “Elephants are stronger than tortoises because their noses are longer. But I’m here to show you that elephants and tortoises are equally weak when confronted with the awesome power of electricity.” Edison then flipped a switch and both the elephant and the tortoise were executed as the horrified crowd looked on. Thanks to Edison’s bold demonstration, biologists now classify elephants and tortoises as “basically the same animal” due to their “equal vulnerability to lightning.”

1901: Edison electrocutes an elephant at Buckingham Palace in front of Queen Victoria for reasons that remain unclear

On January 22, 1901, Thomas Edison marched into the Throne Room of Buckingham Palace with an eight-ton elephant and stood before Queen Victoria. Without saying a word, Edison electrocuted the elephant as the Queen silently watched in bewilderment. When the elephant’s carcass lay smoldering on the floor, Edison said, “Your Majesty, I think I’ve made myself very clear,” and marched out of the palace. Queen Victoria died later that day, but most historians believe the two events were not connected.

1927: Edison electrocutes an elephant named Gray James at Yankee Stadium to prove that death is possible even during the World Series

In the middle of the fifth inning of the final game of the 1927 World Series, play between the New York Yankees and Pittsburgh Pirates was briefly interrupted when Thomas Edison walked onto the field at Yankee Stadium leading an elephant named Gray James by a rope. Edison connected a series of wires to Gray James’s body and then began delivering a speech over the stadium’s PA system. “I know what you’re thinking,” Edison told the confused crowd, “the World Series is happening, and that means death is impossible. You think the Grim Reaper goes to sleep during the World Series. Well, I’m here to prove to you that that isn’t true.” Edison then electrocuted Gray James on the pitcher’s mound as the stunned crowd screamed in terror. Edison walked off the field, leaving the elephant’s burning corpse on the pitcher’s mound for the remainder of the game as a reminder to all that the World Series does not guarantee immortality.

1931: Edison dies and stipulates in his will that 12 elephants should be electrocuted at his funeral to prove that he can kill elephants from beyond the grave

When Edison died in October of 1931, his last will and testament read simply: “Give my shirts to whoever the president is and kill a dozen elephants at my funeral. I can kill those big wrinkly bugs whenever I want, even when I’m rotting in the tomb.” Though Edison’s will stated that 12 elephants should be electrocuted, due to a counting error committed by the late inventor’s estate, a total of 28 elephants were in fact killed by powerful currents of electricity during the late inventor’s burial.