Hot Hot Hollywood: Danny DeVito Has Been Spotted Sweeping The Grass Median In The Middle Of Rodeo Drive With A Small Umpire Brush In Search Of Fossils 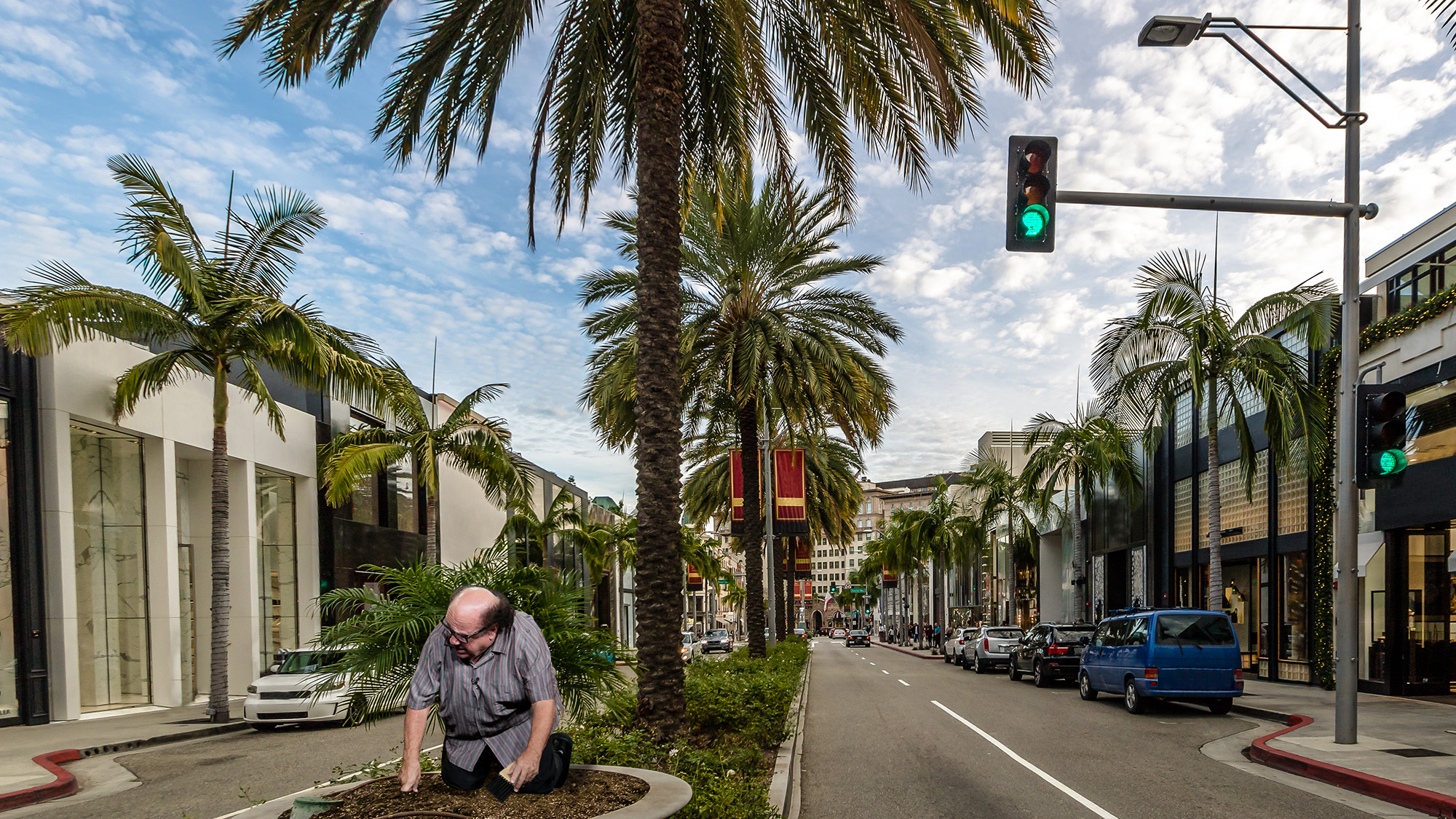 Look at him go and smell his glitz and glamour! Yes, it’s the Hollywood acting legend of the big screen and some magazines also, Mr. Danny DeVito! And now is the time to feast your eyes on this hot dish of Hollywood action: Mr. DeVito has been spotted sweeping the grass median in the middle of Rodeo Drive with a small umpire brush in search of fossils.

Yes yes! It is simply Danny’s high-class lifestyle of DeVito! All sources have confirmed that the Batman Returns star is bent over at the waist and is not bending his legs at all as he pushes grass side to side with his umpire brush and mumbling, “Time to get fossils to make my family jealous,” as he searches for ancient bone fragments right in the middle of Tinseltown’s best street!

The fossil-hungry glamour boy DeVito has been taking a break from his search every two minutes to sit in Rodeo Drive’s grass and play the free trial version of the billiards game that came with his flip phone, but once the 90 seconds of free gameplay are up, Mr. DeVito can be seen jumping right back to his feet to brush for more bones!

Yes, it looks like there’s a new king of Hollywood in town because the Hercules star named Danny has an umpire brush he bought at a Dick’s Sporting Goods and is shouting at passing cars to please stop and help him brush for fossils because his eyeglass prescription no longer works and he doesn’t want to make any mistakes.

Mr. DeVito is quite simply blasting out the hot jets of glitz and swank that all of us fans of the stars need to look at in order to feel okay! And we’re loving it!

Yes, everyone in Hollywood and beyond can agree that Dan DeVito is simply famous! The hot gossip is that he has just now found an empty Mountain Dew can that he says is a “triceratops brain” and he is leaving a voicemail to the director of The Museum Of Natural Curiosity in Lehi, Utah to see if they will buy it from him for $40.

What a beautiful day for gossip hounds all over the place! This is the kind of star-studded action you can only see in the town among the hills: Hollywood! And if we know Mr. Danny DeVito, he won’t be satisfied until he’s brushed all the grass off the Rodeo Drive median and left nothing but fat, juicy fossils for all of America and his proud fans to look at. And you know we’ll be on the silver screen waiting with wide eyes when it happens. It’s hot, hot Hollywood, baby!