Hot Hot Hollywood: Glenn Close Is Exiting The Chateau Marmont With Richard Linklater And The Crypt Keeper On Each Arm And They Are Smugly Walking Into The Traffic Of Sunset Boulevard To Kill Themselves 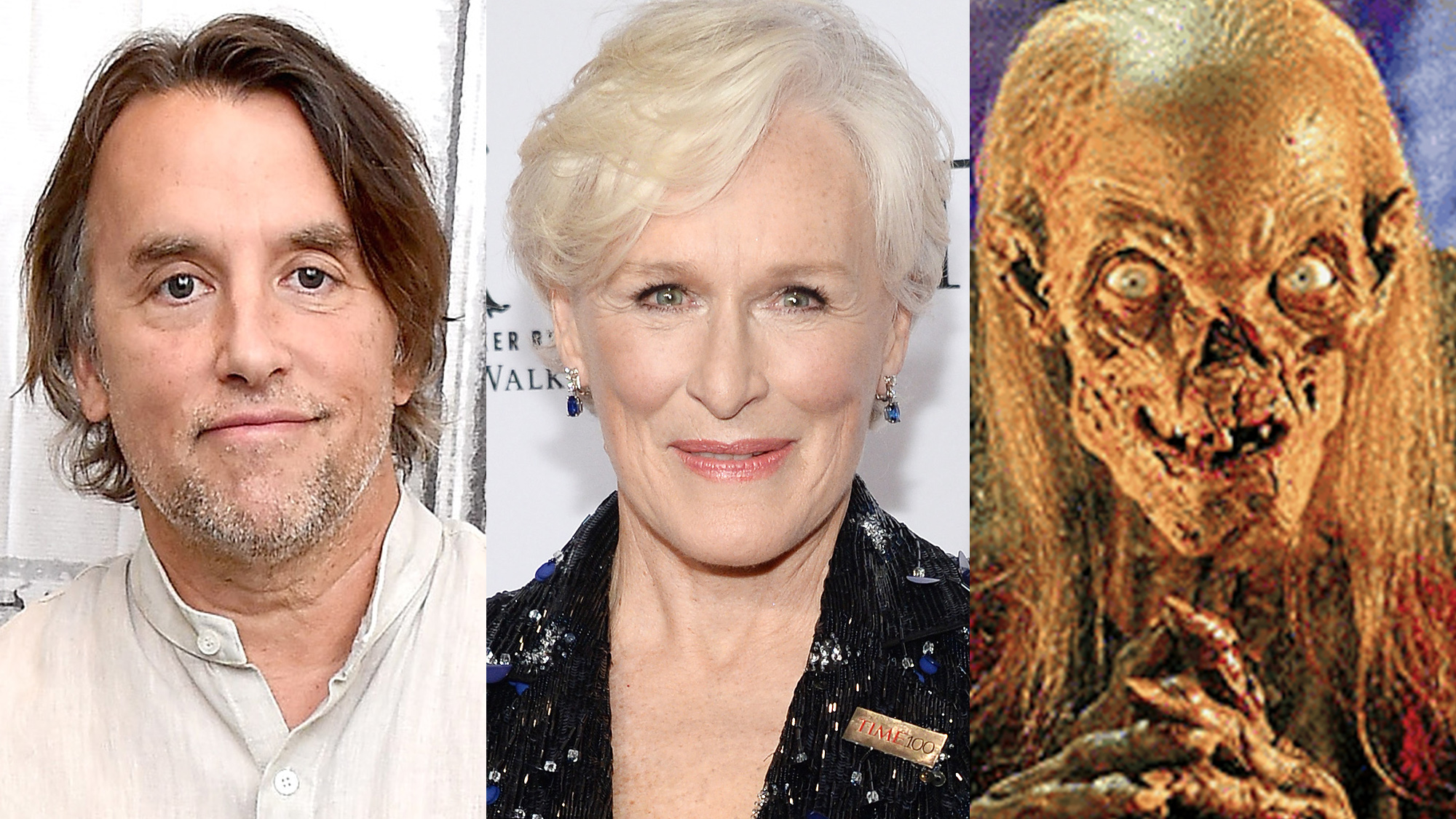 Well, it cannot be said otherwise but that we’ve got the hot scoop straight out of Hollywood once more, and this time it is too hot to spot! Glenn Close is exiting the Chateau Marmont with Richard Linklater and the Crypt Keeper on each arm, and they are smugly walking into the traffic of Sunset Boulevard to kill themselves!!

What a perfect day it is in Tinseltown! The paparazzi are crab-walking as fast as they can to get to Sunset Boulevard in time to snap the perfect pic of the three best friends proudly ending their lives!!

Yes, it has always been said: Ha cha cha and ooh la la! Multiple inside sources have confirmed that a mere 12 minutes ago, Mrs. The Wife Glenn Close finished eating a Kinder egg under the table in the famous big hotel Chateau Marmont conference room, pulled herself up off the ground, linked her right arm with Boyhood’s own Man Richard Linklater and her left arm with the Crypt Keeper (the skeleton who talks LOUD like the angry sea), and they all skipped out of the hotel Wizard Of Oz-style with the smuggest smirks you’ve ever seen!

Wow and wow! You just can’t find something like this in any other place, and if you did find it somewhere else, then the name of that place would be Hollywood (Tinseltown)!

The celebrities are out and they are ready to die! Sources close to the Crypt Keeper confirm that he just dashed off into a Dry Bar to get his last blow-out before death! Glenn Close just handed a bucket drummer her social security card and asked him to play Justin Timberlake’s “Suit & Tie,” because she has always wanted to hear a J-Tim song played upon the buckets while she passes away!

Step aside, Disney World, because HOLLYWOOD is the new most magical place on Earth! The Crypt Keeper just moon-walked out of Dry Bar while showing off his long, flowing blonde hair that cascades down from his bald spot and shouted, “Who wants to fun me over with their vehellcle?” Soon, a car will come to make him flat in the road and that’s why he’s famous!

Forget the stars in the sky, because it’s the stars of Tinseltown that really light up our shining Hollywood!

Off into the rush-hour traffic they go! Sources say Glenn Close just screamed at a slow-moving BMW to “Either drive at death-speed or get the hell off the road!” Good luck with your fabulous suicide, celebrities! Now it’s time for everybody to go to bed so that we can find out what delights Hollywood has in store for us tomorrow!