How Am I Supposed To Interpret This: 5 Times My Gynecologist Posted ‘There’s Beauty In The Breakdown’ On Facebook With A Picture Of A Sunset Immediately After My Appointment 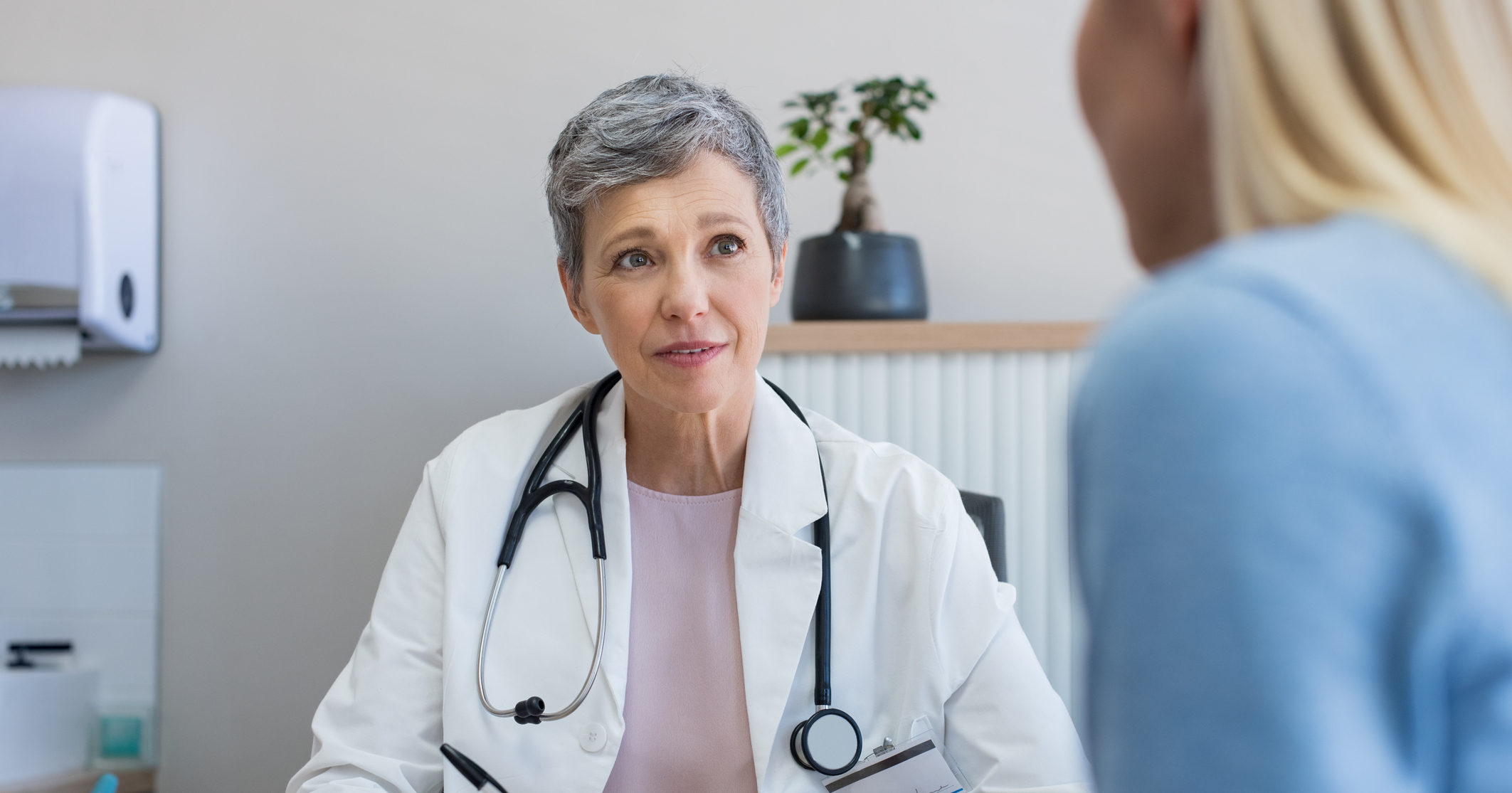 My gynecologist is a knowledgeable, experienced professional with a successful practice, but I have one issue with her: after almost every appointment we have together, she makes an emotional Facebook post about how there’s “beauty in the breakdown,” complete with a corny, melodramatic picture of a sunset or something of that nature. These posts are very clearly about me. I have no idea why she’s doing this, or how I should be interpreting it. It’s really beginning to bother me.

1. The first time it happened

I made an appointment with my gynecologist, Dr. McNeill, for the first time around 2018. I liked her as soon as I met her—she’s a no-nonsense woman, and she made me feel calm and at ease during my checkup. The appointment was perfectly normal: she asked me about my cycle, gave me a routine pelvic exam, and refilled my birth control prescription. There’s always a bit of awkwardness when you’re lying uncomfortably on the exam table with your feet in the stirrups, but other than that, everything seemed fine. Anyways, when I got home, I googled Dr. McNeill out of curiosity and ended up on her Facebook page, where, not ten minutes after our appointment ended, she had posted a pixelated picture of a sunset with the caption “There’s beauty in the breakdown.” I didn’t think much of it until I noticed that a friend of hers had commented “You ok?” and she had responded “Not rly. Hate being a doctor.” The thing was, I know for a fact that I was her only appointment of the day. She made a point to tell me that. So I can’t imagine what other doctor stuff she could have been referring to in her post. Needless to say, I was definitely a little concerned.

2. The time I was sure it wasn’t going to happen again, but it did

I was back at Dr. McNeill’s office three months later for a checkup because my pap smear had come back abnormal, and I was sure it wasn’t going to be a repeat of the time before, Facebook-wise. I made sure to shower, wear my best underwear, and even floss my teeth in case that was something she had an issue with last time. Again, the appointment seemed totally routine. But I did notice her grab her iPad as soon as I started packing up to leave the exam room, and when I tried to say bye to her, she just sort of grunted and then shut the door in my face. Lo and behold, there was a post on her Facebook not two minutes later featuring an extremely similar sunset picture to the first one. She had marked her mood as “feeling hopeless” and finished off the post with a melodramatic caption of “Send positive vibes :(. Need to quit my job YESTERDAY.”  I had no idea what to think of this. In a panic, I tried googling a few search terms like “upsetting vagina” and “my cervix made doctor mad,” but nothing came up. Regardless, something about me clearly rubbed her the wrong way.

3. The time she made two posts about me

The next time I went to Dr. McNeil was to discuss getting an IUD, and after that visit, she made not one but TWO posts on her Facebook page that were very obviously referring to our appointment. It was the kind of checkup where I didn’t even have to take my clothes off or anything, but as soon as I walked in, she visibly recoiled, and seemed shaken for a good 30 seconds before she took a deep breath and handed me some birth control pamphlets. When I checked later, she had gone on Facebook and posted  an image of a cliff overlaid with the words “It’s okay to not be okay,” and then, only three minutes later, a dramatic, shadowy selfie, clearly taken in the same room where our appointment had just happened, with the caption “When a patient pushes you to the brink, all you can do is push back.” There’s just no way the patient she was referencing wasn’t me, but I have no clue what the fuck drove her to feel that way. Mind you, all the rest of her Facebook posts are pictures of her kids’ sports games and her two golden retrievers.

4. The time I brought her a gift and it still didn’t stop her from making a post as soon as I left the office

When I had to come in again for a full exam, I made sure to go all out, because I was beginning to get tired of this Facebook drama. I bought Dr. McNeill a nice box of fancy chocolates from Whole Foods, and she accepted it with what seemed like genuine enthusiasm. Then, she got me in the stirrups, and told me everything looked “great” and “perfectly healthy.” The only weird moment was one part where she took a look around with the speculum, paused for a long time, then said “Hmmm” and sort of sighed. When I asked her if something was wrong, she didn’t even answer me—she just looked out the window for a while, shook her head, and got back to the exam. After I left the office, she posted “THE COMPANY OF WOLVES IS BETTER THAN THE COMPANY OF A WOLF IN SHEEP’S CLOTHING” in all caps with a picture of that day’s sunset that she took herself on her iPhone. I swear to god, there’s nothing that weird about my vaginal health as far as I can tell. I do not know why she feels the way she does about me.

At my most recent appointment, I decided I might try to bait Dr. McNeill into explaining what was going on, so I started complaining about how my aunts and uncles won’t stop posting conspiracy theory memes to their Facebook timelines. Without skipping a beat, she simply answered, “Well, that’s why I don’t have Facebook,” and smiled. She straight-up acted as though she didn’t even have a Facebook page, when I knew full well she would be posting about me on it the second after I left. I paid careful attention during the entire exam, even that weird part where she sort of feels at your ovaries from the inside and lets you know if she thinks you have any cysts. She didn’t exactly seem ecstatic, but I don’t think my ovaries were fucked up enough to warrant the post she made that afternoon, which featured an image of the Grim Reaper overlaid on the picture of me that the front desk took when I first started seeing Dr. McNeill. She must have made the graphic herself. On top of the picture, there was stylized text reading, “Only after you have looked death in the face can you truly live.” I’m not sure what the fuck I need to do before my next appointment to ensure this doesn’t happen again, but rest assured I will be trying to figure it out. She’s the best doctor in my insurance network, so I won’t be switching.